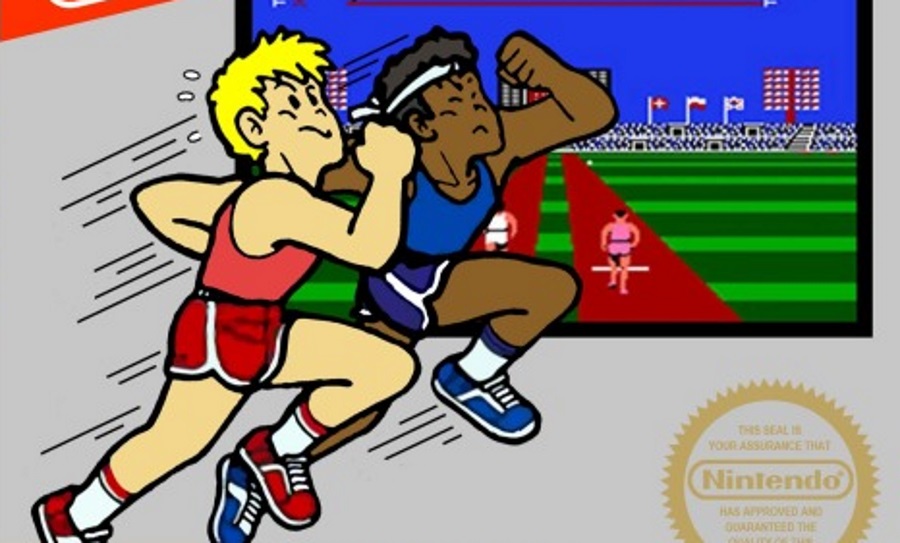 A few years ago, I received an angry e-mail in response to something I had written about video game history and preservation. This person said I had “no right to preach to others” about such a thing. In response, I logged in to one of those websites where you can pay $15 to become a legally ordained minister, just so that I had the right to preach from that point forward.

Today, I’m going to be doing just that.

Video gaming has fascinated me in every possible way since the first time I ever saw one way back in 1981. That quickly turned from an interest into learning everything there was to know about them, from who made them and when they came out to how they worked and everything else you can imagine. Long story short, I’ve been studying video game history since most of that information was fresh enough to be called video game news, and I’m thrilled to finally live in a world where people finally care about it.

It’s great that there are so many efforts today to preserve and celebrate video game history, and I’m seeing more and more efforts in that space all the time. My eyes welled up during my first visit to the National Videogame Museum in Frisco, Texas, because I was seeing my childhood dream in a real world form. I smile when I see photos of people who reconverted old arcade games into what they were originally. It has been a great honor for me to play the only public example of the Nintendo PlayStation prototype on a few occasions now, and I love knowing that something like that was recovered.

But it seems there is a dark side to these kinds of historical efforts, at least in some circles. While I understand how and why any video game fan would be the competitive type, I’m finding too many historians and preservationists treating others in the same space as they’d treat King Hippo or M. Bison on a video game screen.

I’ve heard stories about this from others, and I’ve experienced a great deal of it myself. When I recovered four copies of the never-released, never-publicly seen Game Boy version of Akira, I had two people who literally demanded that I give them over to them or include them in the preservation efforts. I was scolded when I chose not to, and again when I found another unreleased prototype game moments after I’d gone to Twitter about it. In another case, I legally registered a trademark of importance to video game history just so I could preserve the history related to it. I felt forced to do so after seeing how badly those who might have been able to stake a claim to it were fumbling the story around like a Vaseline-covered football. I was scolded for that, too, basically told by someone close to one portion of that story that I should concede that duty to someone else he deemed “more worthy” of the job. Yet another person has told several people of their plans to get hold of certain pieces because they don’t want other historians to do so. Others are watchdogging Wikipedia so they can remove proven historical corrections in favor of their friends.

Not a damn bit of that helps preserve video game history, people. This is not a competition. We’re at a point in time right now where it’s very clear what impact video gaming has made on the world and very clear that same world has done and is doing a horrible job properly recording it. We’re also at a point where we still have a ton of industry pioneers from the early days with us, but where we are also starting to lose some of them. We’re at a point in time where the supply of some items is thinner than it’s ever been, yet we have fans of it all wrecking what’s left to make cheap emulation cases and dog ugly lamps.

Basically, we’re at a tipping point. We’re at a point where the vintage stuff that’s left should be seen as survivors in a society that quickly disposes of things more than ever. We’re at a point where we can still record the full stories of so many games, companies, and developers through first-hand experience, and yet many of those aware of that are too busy trying to one-up the others to fully take advantage of those opportunities.

From my seat, I don’t really care who obtains a rare artifact from the gaming world, be it a prototype game or source code or hand written notes from an industry legend. Yes, I’d prefer it to be to some extent, but as long as that stuff lands in the hands of someone who cares about it and is willing to take care of it, I’m good. Anything is better than learning later on that some important stuff was left to rot somewhere or lost or dumped.

Instead of treating other historians like competition, there should be cooperation. There should be combined efforts to research and recover stuff. There should be support across the board for anyone willing to take on such a task, because while our numbers are growing, we are still smaller in number than the task at hand is needing.

There’s simply too much work to be done for some historians to try and be the lead dog. There’s no need for it and it is counterproductive. There’s a reason Indiana Jones didn’t get along with Rene’ Belloq, and even more specifically a reason why Belloq was portrayed as a bad guy. There’s a right way and a wrong way to go about this whole thing.

This piece is a call to arms for all historical efforts in the world of video gaming, one of less one-upmanship and more support and cooperation. Research and preservation is not a race and should not be treated as competition. Let that be the driving force for flea market sellers and those who think spending hundreds of hours to be good at Donkey Kong is a noble effort. Let’s help each other out when the opportunity rises and cross check facts with one another in the interest of forming a consensus. Let us celebrate when one of us obtains something of specific historic interest rather than demand they include us or bemoan the fact we didn’t get the honor of preserving the find.

My dream came true in regards to there being a physical museum to preserving and celebrating this stuff. My next dream is a future where video game history is treated with the same respect as art history, film history, music history and so on.

That dream will never come true until more of us come together, or at least begin to treat each other as peers rather than heels. The clock is ticking.