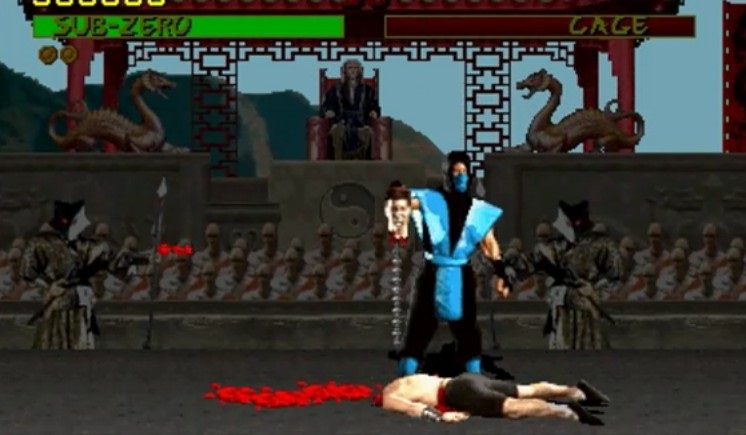 I do not subscribe to the notion that playing violent video games leads to a violent teenager or violent adult. In fact, I did several essays and presentations in college opposing that idea. I believe that there was a lot more going on with Dylan Klebold and Eric Harris than the fact that they were listening to Rammstein and playing Doom when they walked into Columbine High School that tragic morning. My purpose of writing this piece is not to recount all the terrible actions that children have carried out and men like Jack Thompson and Joseph Lieberman have blamed on violent video games, but as someone who has worked in video game retail for several years, I have come across lots of parents that seemingly don’t care what type of video games their children are playing, and it has always irked me.

Let me start off by giving you my history with violent video games. I was seven years old when I first saw the original Mortal Kombat arcade cabinet at our local Putt-Putt Mini Golf location (R.I.P.). I always tried out any new game that came in, but this one I couldn’t get to because it was always in use. Despite not being able to play it, my brother and I kept hearing about it from friends and seeing images of it in the pages of GamePro and Electronic Gaming Monthly. When the news hit that the game was making its way to our Sega Genesis, we begged our parents to get it for us that Christmas, which they did. 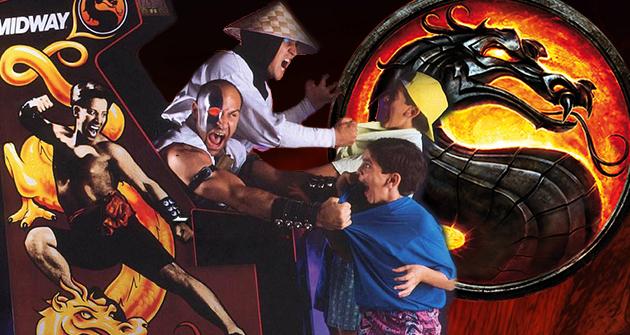 Luckily for us, ignorance was bliss in this case, as my parents had no idea what Mortal Kombat was or that it was very controversial. All they knew was that it was a game that their sons wanted and they could play it together. In some ways, my parents were much like the ones that I see at work, but in other ways, they’re the direct opposite. The original Mortal Kombat, as most of us know, was one of the biggest reasons the ESRB was created. But at the time, my parents — who stopped playing video games after Super Mario Bros. 3 — had no idea that games could be this violent.

Despite a new copy of Mortal Kombat being under the tree that Christmas, my parents were always very aware of the television I was watching. We weren’t allowed to watch Beavis and Butt-Head (though we still found a way), in fact, MTV was blocked on our televisions so we couldn’t watch any of those “rap videos with the naked women.” I wasn’t even allowed to watch The Simpsons until I was in junior high, which eventually backfired on my mom when The Simpsons became a little bit of an obsession of mine. No scary movies unless they watched with me, and if there was any nudity, you cover those eyes young man, and you better not be peeking!

So, my parents were very cautious of the type of television I was consuming, but the medium of video games and the direction it was going was uncharted territory for them. The following Christmas they were kind enough to buy us Mortal Kombat II.

So if my parents weren’t aware of the violence in video games, is it fair for me to be critical of parents that allow their young children to play mature rated games today? Personally, I think it is. It’s been over twenty-five years since Mortal Kombat first hit the scene, and we’ve come to understand a lot more about video games than we did back then. As with every medium, video games have evolved as technology has improved, allowing for more realistic graphics and more engaging characters and stories. Things that were controversial back then seem very tame by today’s standards. A television network never would have given The Walking Dead the green light back in 1993. Any Grand Theft Auto game would have been given an AO rating back then. You would have had to go to the video game black market to obtain a copy. 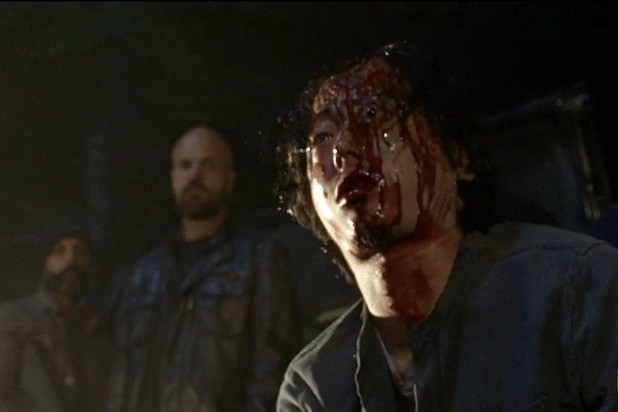 With that evolution, parents have become much more lenient with mature content. Most parents that come in to my store and allow their children to purchase Call of Duty are probably going to be playing the game themselves or playing the game with their children. Video games have been popular for long enough that they’re no longer a thing for kids. In cases like that, I still have concerns, but at least supervision is present.

But when I have to ask a parent if it’s okay for their children to purchase a mature-rated game, and their responses are things like “It’s nothing worse than they see on TV,” “They already play it at their friend’s house,” and “If it’ll make them shut up,” how do you not expect me to be critical of that? The responses I want to reply with are “Why are you letting them watch that kind of stuff on television?” “Why aren’t you making your kid get new friends?” and “You’re a bad parent!” But I can’t say that, because that might offend someone, and we just can’t allow that.

My church operates a day care, and one day I was there helping out with some work. The young boys at the day care knew that I was into video games, so they struck up a conversation with me. When I told them they were too young to be playing Grand Theft Auto V and they should be playing something more age appropriate, one of the kids responds with (and I’m not kidding) “We play killing games.”

I was legitimately shocked when those words came out of that child’s mouth.

My wife and I are currently trying to have a baby, and I have a feeling that when he or she gets to this age that there will be lots of “But my friends are playing it” arguments. But if you’re a parent and reading this, let me assure you of something. It is completely alright to tell your kid no. You don’t have to explain yourself to them, you just have to say no. I know we live in an age where everyone has to be included in everything, but it is alright to not allow your kid to do or play or watch or listen to something that you don’t want them to. You’re the parent, they’re the child. You’re the authority, they’re not.

Recently, I had a man come in with his grandson, and when I read off the laundry list of reasons why Grand Theft Auto V was mature rated (it’s just coincidence that it’s always GTA V), he told his grandson to pick a different game. This grandfather had restored my hope, and that hope lasted for all of five minutes. After some whining and pouting, that child had a brand new copy of Grand Theft Auto V, and I let out an audible sigh as I stared out into the evening sun and wept. 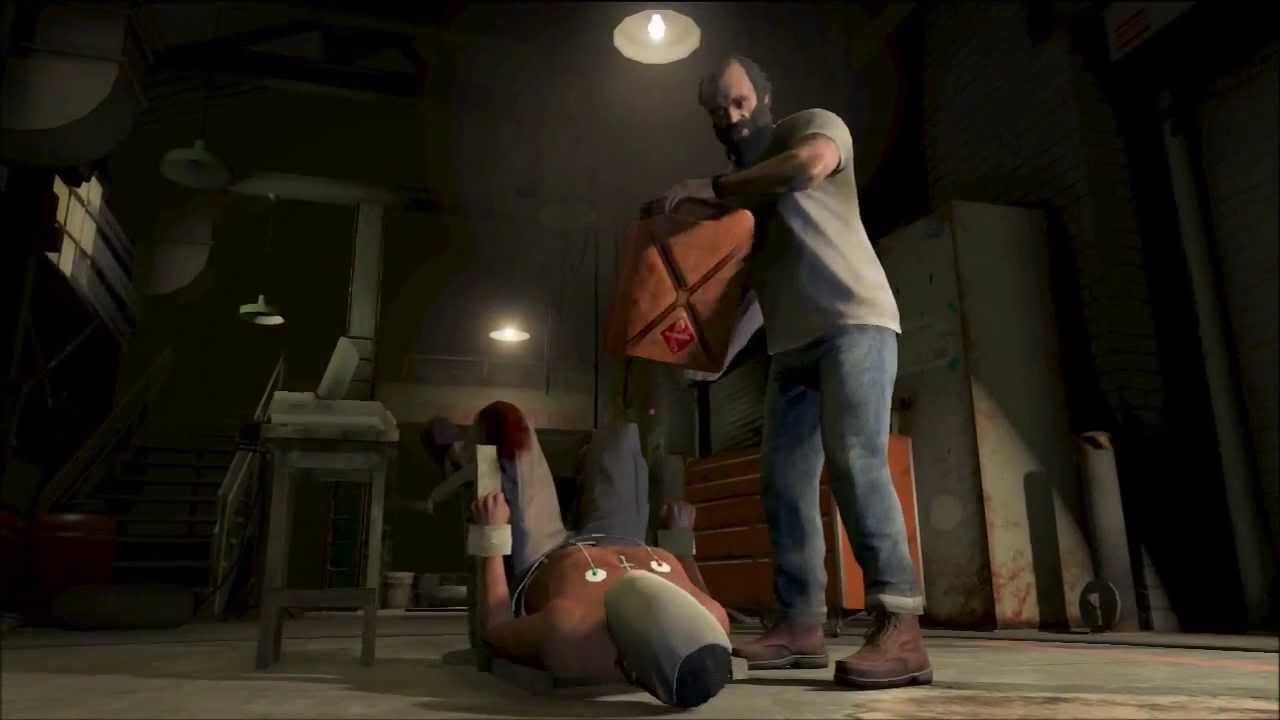 Perhaps it is not fair for me to be critical of any parent when I myself am not one. It’s kind of like that guy who doesn’t workout telling you how to get more fit when you’ve been exercising for the past ten years. I know that parenting is not easy, and I know that I’m going to mess a lot of things up when I do become one.

As I said in the very first sentence of this article, I do not believe that mature games lead to violent or immoral adults. I believe I’ve turned out pretty well, and I grew up with them. I’m not condemning games like Grand Theft Auto, I play every GTA game and I really enjoy them. But I do believe that mature content can and does leave an impression on any developing brain. If you’re a parent, I genuinely hope that you’ve read this and take something away from it. Don’t take this as a condemnation, take this as an encouragement to be more aware of what your children are consuming and understand that it can affect them.

Video games are an amazing hobby, and I have a lot of great memories and met a lot of friends because of them. They can help you live out the power fantasy of being the Dragonborn, or let you throw the winning touchdown in the Super Bowl, or drift around corners at 100 mph. You can be a knight wielding a shovel, a handsome adventurer, and the Batman all in one afternoon. They allow creativity to spring forth. They allow you to create the Mario level you doodled on your math book in fifth grade. Video games allow you to be something you’re not and do things you can’t do. They’re an escape when you’ve had a bad day, and they’re a great social experience when you have friends over.

But the one thing that video games can’t be is a child’s babysitter.

The Sentimental Nature of Video Games

Ed Boon’s Best Game is Within Another Game

The Sentimental Nature of Video Games