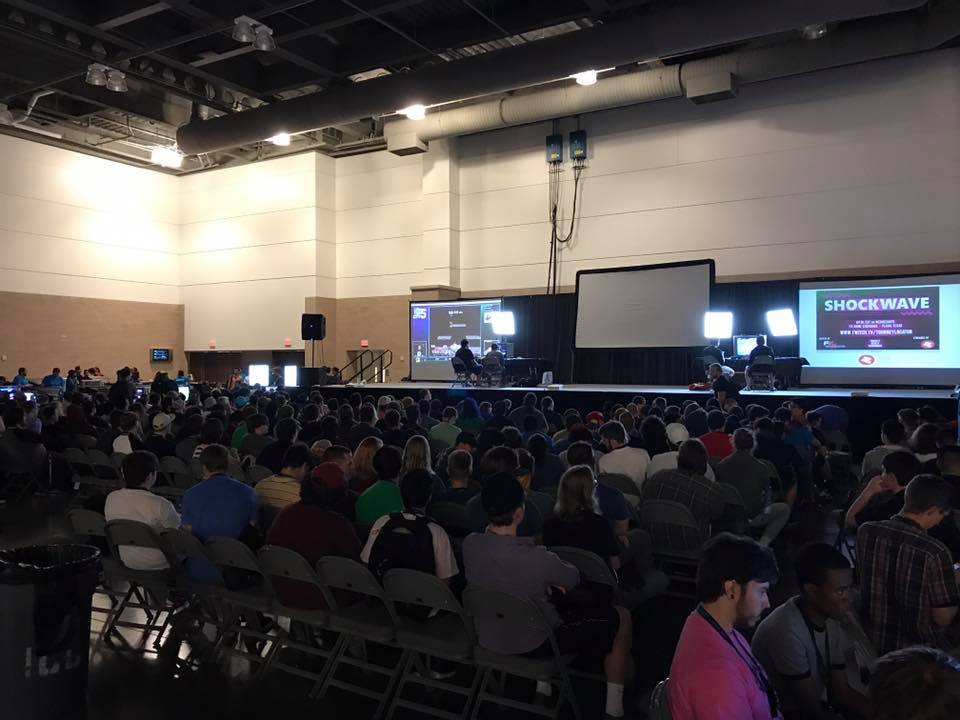 I experienced something quite amazing over the past weekend — a tale of two worlds, if you would. One that taught me a lot about the video game world and all that comes with it.

On Friday, I visited the National Videogame Museum in Frisco, Texas. I love that place and while it wasn’t my first stop by, this one was very different. I was meeting up with two video game industry legends there: John Newcomer and Warren Davis. Odds are if you played an arcade game in the 20th Century you’ve seen their work, and while I’m fortunate to have known each of them for some time, this was the first time they’d seen each other in 20 years.

The two approached each other to shake hands. Quite literally at that moment, I got a message from a friend of mine. Turns out someone posted up a Facebook page in my name, telling falsehoods about me and posting a photo of my car parked here in town. Turns out that I have a stalker, one that’s been following me around the area and has apparently even been by my home. The next several moments involved both handling that and enjoying a moment where two of my childhood heroes caught up for the first time since Friends was still a hit TV show.

We toured the museum, we heard stories, and we went out to lunch to hear more. Gearbox’s Randy Pitchford popped into say hello and join us for a bit, all while I received updates on this online issue through my phone. Eventually, we all said our goodbyes and I came home, dropping off my family before driving to the police department to put this whole thing on file.

For the next two days, I was a guest at the Let’s Play Gaming Expo in Irving, Texas. It started off for me with a live shot for the local FOX affiliate and continued on with all of the things I was booked out there to do. The event was nothing but positive, with handshakes and high fives and smiles and laughs for two days straight as I pushed my voice to the limit doing my thing in the middle of an event that drew thousands of all ages. I’ve worked gaming and pop culture events for years and this turned out to be one of my favorites so far. 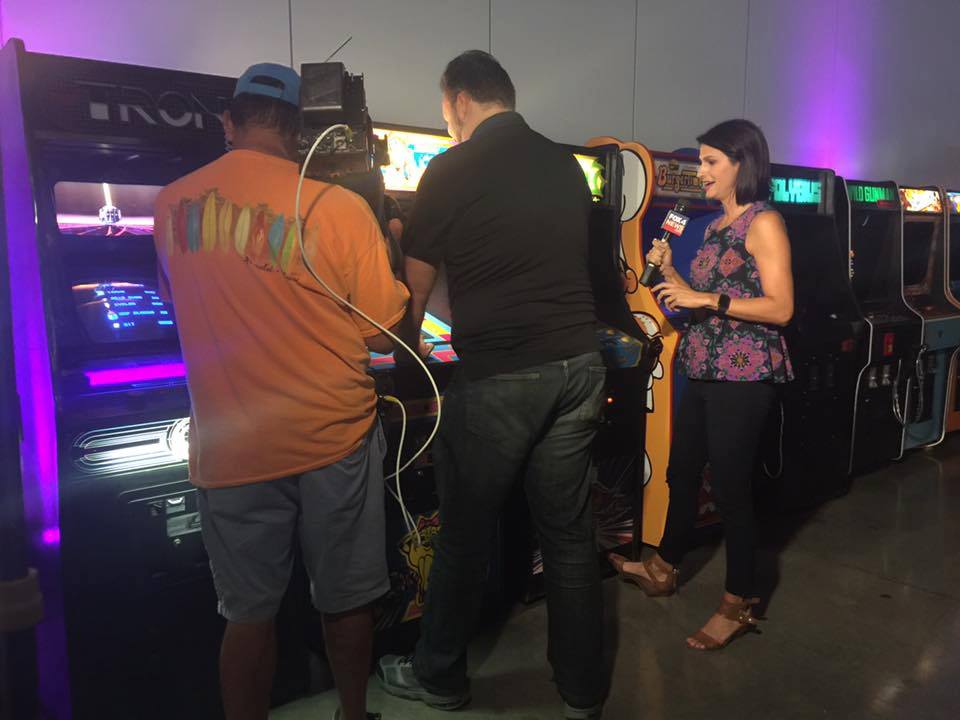 I hated to do it, but on my first day back I went down the rabbit hole. I usually prefer to ignore online nonsense, but when you learn that people are crossing some obvious privacy boundaries, you really need to learn more. I read a lot of unkind and frankly outlandish things said about me from people who I’ve never met along the way. This turned into my learning of a dear friend who also received trouble over that weekend from some of the same online types, and seeing his reaction to it all.

It’s really like two different worlds here. While I was meeting up with industry icons, someone was making an issue out of something someone told them I said on Facebook half a decade ago. While I was live on the local news, some strangers online were claiming such things never took place. While I was doing live broadcasts on Twitch or hosting live tours, someone online was tearing a friend of mine a new one for his simple statement of opinion weeks prior.

Most noteworthy: While I was seeing smiling faces, exciting competition, and thousands of people having fun, random strangers were punching away on their keyboards somewhere, making claims they could never back up and generally displaying a very twisted look at reality. There were no such incidents at the event I was at myself; the only place anyone had a bad thing to say about me was from behind a keyboard far away from it.

I came home from Let’s Play tired, but refreshed. The extracurricular stuff from the Internet was squashed quickly enough and pales in comparison to the positive rush from the live event. But that combination got me to thinking about how I’d feel had I not just done that event. That, in turn, got me to thinking about others who go through that same kind of stuff all the time, and what it likely does to some who aren’t as used to it. 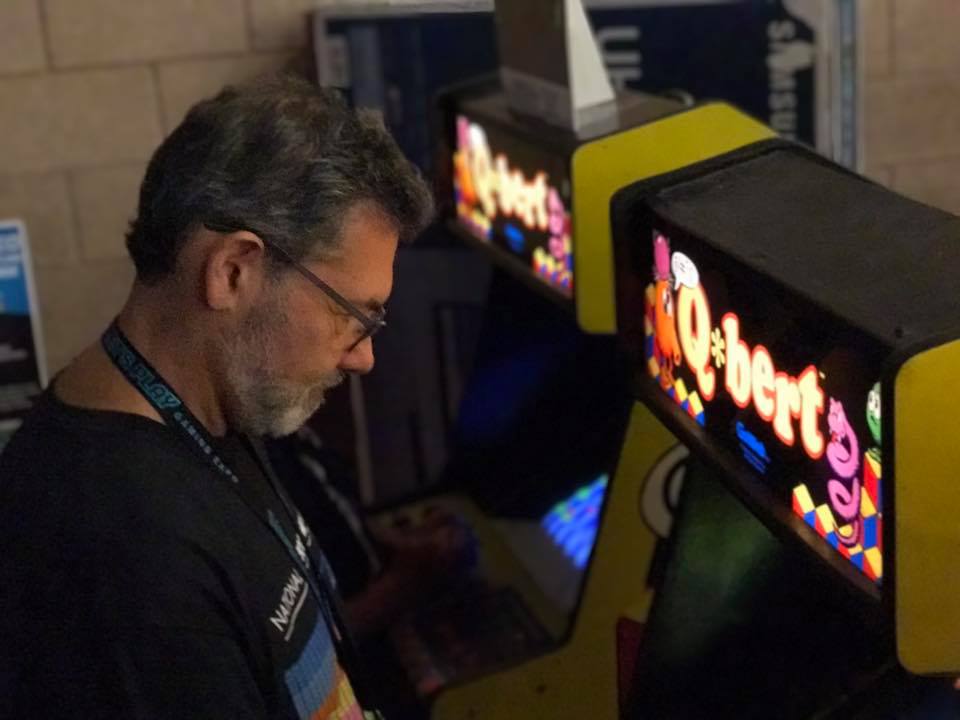 I wanted to use this space this week to tell those people not to let the toxicity of the Internet types ruin your love for gaming. Yes, it can be annoying, concerning, and hurtful at times, but the love is clearly still out there. You just have to get away from the computer and into a convention or community gaming location to find it.  I don’t know that it’s possible to find it online anymore. Seems there’s always the types online that are going to take aim at the smallest and most unimportant things, never bothering to support the positive.

Long story short, and this might sound like a stereotypical thing to say regarding video games, but if you want to experience what video gaming is truly about you need to get up and get out of the house, especially if you are bummed out about what you read online. Go find a local Smash tournament or drive out to your local video game convention, or just find a retro game shop where people tend to hang out. Do anything other than reside on Facebook or YouTube comment sections all day.

That might sound obvious, and it isn’t even anything I didn’t already know myself, but seeing the night and day of a live event and Internet garbage at the exact same time served as a huge reminder. Maybe there’s just something about the Internet that brings out the worst in some people, or perhaps it’s a case where those who truly love this gaming stuff are the ones that are out having fun already, leaving certain other personality types to stew on a keyboard far, far away from where the true heart of the gaming scene can be found.

It’s probably best not to overthink the reasons why, but rather to just keep it all in mind. My weekend was a tale of two worlds all at the same time:  a very real one taking place all around me, full of energy, smiles, and fun, and a very dark one that’s not based in reality or rationality, taking place on some computer screens far away from where I was.

I prefer the former.