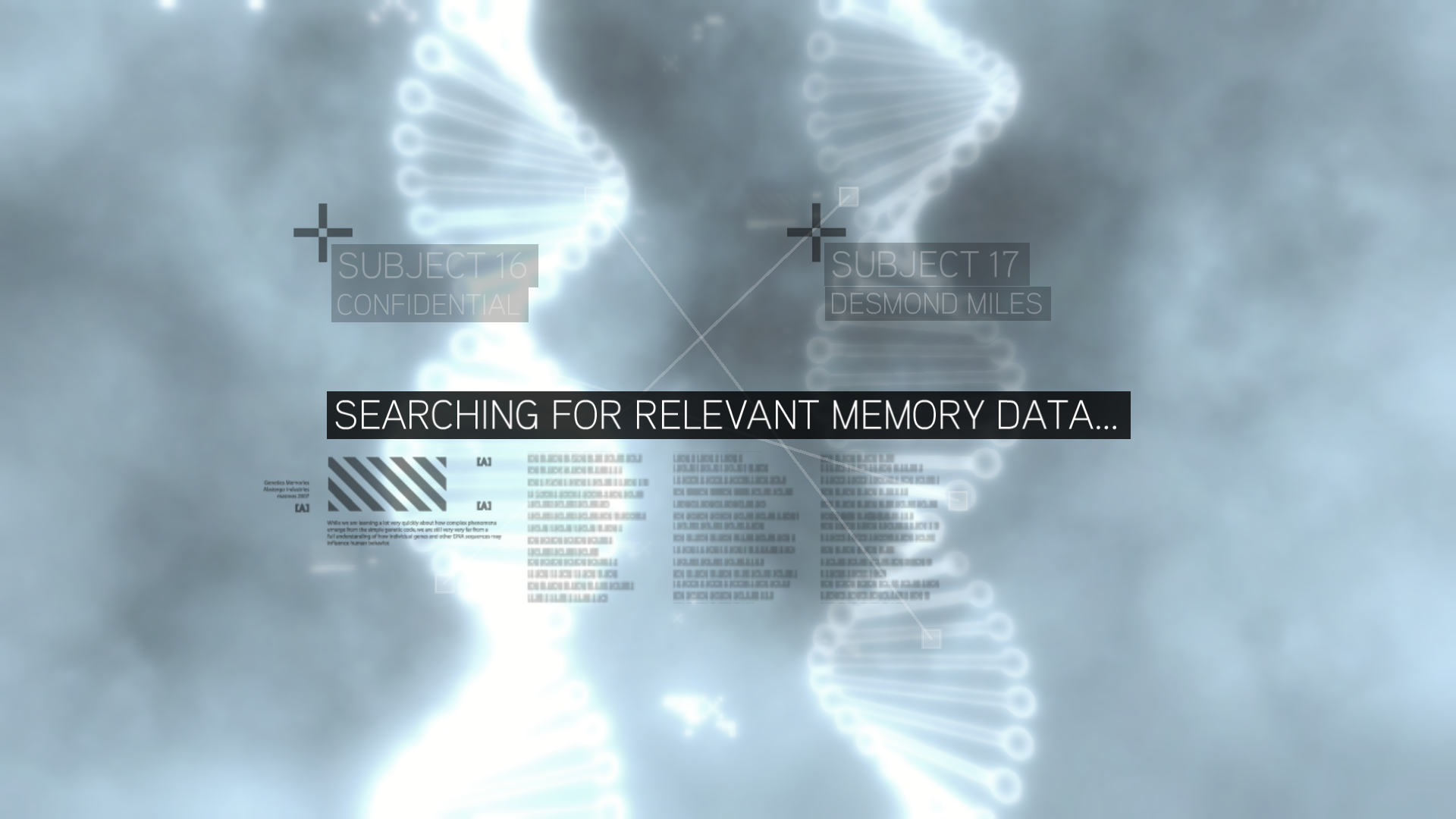 Going as far back as I can remember, I’ve been an avid follower of specific franchises, and found it difficult to dip a toe into series where I’ve had little-to-no previous exposure. Whether it’s movie series, sequential album releases by my favourite bands, or the latest big gaming release, I have built up a collection that I was into, and would patiently wait for the scattered releases within that narrow pool that I could get excited for. I had all the time in the world to play through them and their successors; sometimes even re-playing the series before the next release down the line to bring myself up on the backstory.

Take, for example, Call of Duty. I never had a gaming PC growing up, so I missed out on CoD 1-3 until they received console ports down the line. In truth, Modern Warfare was my first real foray into the franchise, but I personally viewed it as ‘new’ considering the departure from the WWII setting. From that point, I played every year’s subsequent release because I felt up-to-speed on the ‘story thus far’. It sounds silly, I know, considering Modern Warfare, World at War, Black Ops, Ghosts, Advanced Warfare, and Infinite Warfare are all independent stories that don’t rely upon minute details of previous releases, but I felt as though my activity in the series progressed towards a grander story arc. That progression slowed, however, with the release of Advanced Warfare, which came out during my senior year at university when my time was scarce and disposable income even more so. It wouldn’t be for another 18-24 months that I would end up buying the game to play with some friends, and I wound up buying Black Ops III the following week because we had such difficulty getting into lobbies for the two-year-old game. 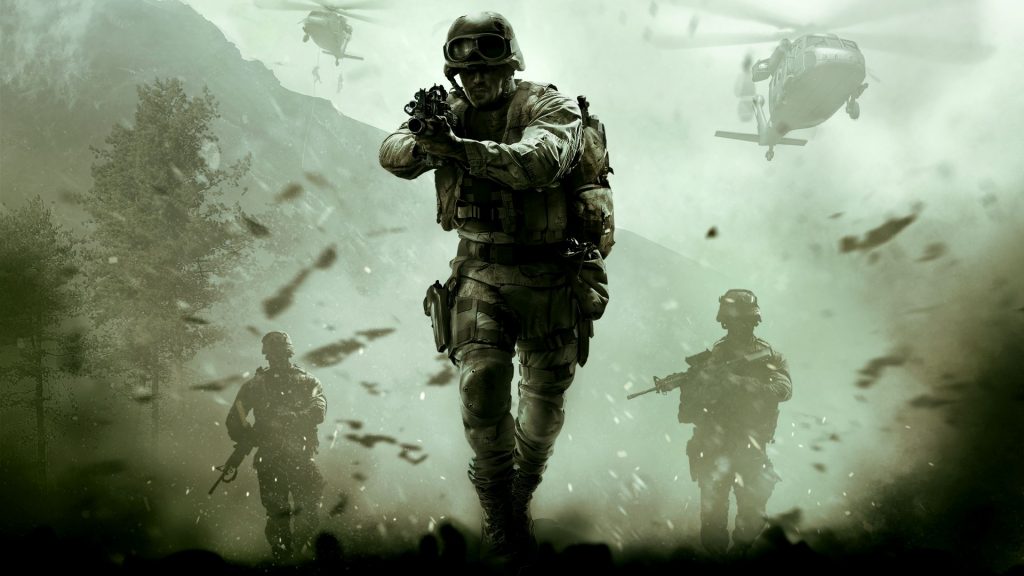 The same, too, can be said of the Assassin’s Creed franchise — one of my favourites for many years. I had played the original one at launch and pre-ordered each subsequent release so that I could get my hands on them as quickly as possible. A problem arose, though, in that I found Assassin’s Creed III so difficult to get into (non-compelling) that it took me the better part of two or three years to make peace with the fact I likely wouldn’t make it to the end on my own. During that period, Black Flag was released alongside a new console generation, yet I couldn’t bring myself to spend money on a game that would likely lean (somewhat) on the backstory of a game franchise that I hadn’t fully navigated through. What if AC III‘s conclusion directly fed into AC IV? I mean, it stood to reason that there would be some heavy progression in the ‘modern-day’ part of the storytelling as the first five titles had built momentum between them all to establish a grander storyline. Once I made peace with ‘abandoning’ Assassin’s Creed III, I picked up Black Flag when Microsoft gave it away in the summer of 2015 and was hooked. Despite confirming my fears that the beginning of Black Flag would spoil some key information from III‘s ending, I made my way through all the nooks and crannies of the game with every bit of the love I had held for the first four Assassin’s Creed games. I even stepped right into Unity (as it was on sale the week after Black Flag was free), though I’ve run in to similar troubles in that I haven’t found the drive to complete it either.

Coming full-circle here to bring up Call of Duty once more, I find both it and Assassin’s Creed to be in the same situation for me, completion-wise. In both franchises, I’m motivationally stuck part-way through the second-to-most-recent entries, unable to muster the motivation to invest my increasingly-scarce gaming time into rounding out the games and moving on with the series. Black Ops III and Assassin’s Creed: Unity both sit on my digital shelf, right next to their untouched immediate successors (Infinite Warfare and Syndicate, respectfully). Both series, as well, have yet another title releasing in the coming months that have me very interested in picking them up during launch window, but my own internal ‘policy’ is preventing me from doing so until I make some more marked progress in their predecessors.

So where, then, should the ‘madness’ end? I realize full-well that avoiding potentially great games because I haven’t finished earlier releases sounds silly. Many of my multiplayer friends will be picking up Call of Duty: WWII at launch, and for me to miss out on that experience because of some personal code feels short-sighted. Conversely, if I’ve bought and paid for Black Ops III and Infinite Warfare without completing them, breezing past the investment to get the ‘latest and greatest’ seems like a waste of money. Assassin’s Creed: Origins is a different story, however, considering that there doesn’t seem to be an inherent tie to the franchise’s history. The historical gameplay goes back to times before any of the other Assassin’s Creed games, but there’s still the possibility that the modern-day arc will rely upon (or give away) details from Unity or Syndicate.

Stepping back a bit further to examine the greater picture, these franchises are but two of the series that I’ve had difficulty with in entering late or skipping over an intermediate release, and I think I know why. There are two interesting principles within gaming (though not exclusive to the pastime) that may be at play. The first, the ‘Fear of Missing Out’ (or FOMO) deals with avoiding certain actions because you feel that an execution on your behalf would result in missing something else. Secondly, and to a far lesser degree, there’s ‘Too Good to Use’ (or TGTU), which has players avoiding using something because it might be needed later (like stockpiling max-level health potions because you might find an even harder boss to fight later). Both behavioural patterns / principles sell the ‘true’ experience short due to some psychological aversion to executing the situation as it was meant to.

Of course every game within a series should be self-contained within its own right. If there is absolutely pertinent information that the player must comprehend to work within the given storyline, it’s only fair to expect that a ‘Previously on [XYZ]’ be given at the onset to bring players up to speed. Working within that expectation, I know that I should be able to step over Assassin’s Creed Unity and into Syndicate to give it a shot. After all, every subsequent release in a franchise aims to increase its player base, not strictly cater to those that have been with the games since the first. As such, the gameplay and storyline has to be accessible for brand-new players, but it’s the Fear of Missing Out that’s holding my hand at bay. The fact is that I want to know what happens in Unity. I want to experience all that Arno has to offer, and I want to know about how the French Revolution component to the over-arcing Assassin’s Creed story comes to completion. The problem is available time and motivation.

As a quick side-note that explains some of my hesitance to invest dozens of hours into completing Unity — my day job has come to grow into a much larger time investment than it has ever been in my life up until this point. There is no longer gaming time at the end of my days, nor do I (often) find time to plop down on the couch over the weekend for more than a couple of hours. The prospect of delving back into Unity to spend dozens of hours (before investing another several dozen in Syndicate) seems like such an insurmountable task to even entertain the idea of picking up Origins when it releases in a couple short months. It won’t happen for launch day — I recognize that — but that doesn’t stop me from wishing that I could overcome this curious form of paralysis.

Now, I had spoken briefly that there were two key principles keeping my activity at bay — primarily the ‘Fear of Missing Out,’ with ‘Too Good to Use’ as a lesser contributing factor. This is directly fed by my last note regarding available time to spend gaming at the end of the day/week. In my earlier years, it didn’t make a difference as to whether or not I went to bed at 10pm or 4am; I certainly didn’t have the first worry in the world as to whether or not I’d find time for gaming during the week. These days, however, with much less time available, each disposable hour becomes that much more ‘valuable’ in terms of what I can actually do. When Fallout 4 first launched, I had the time available to run through most of the Vanilla release’s content in about two weeks. 100 hours or so, before I felt like I ‘saw it all.’ Jumping forward two years — in the past month, I’ve spent about a dozen hours in total playing games; split up over a handful of sessions.

Please don’t misunderstand — I’m not complaining about this change up in my free time. I’ve long accepted that, as I grew older with more responsibilities put upon me, my gaming / idle time would dwindle. It’s a fair trade, in my eyes, but the curious part has been the shift in perspective required. I’ve paid a lot of attention to that shift lately, and have considered writing about ‘what happens when you don’t have any gaming time anymore,’ but I never actually felt that it’d be conducive to the argument. There’s no why in it, just some soapbox grumbling about how I have to be a big boy with a job and responsibilities. Looking at it from this perspective, however, I can actually identify times in the past few months where I’ve considered delving into Unity or Black Ops only to pick something more digestible for the few hours available due to time constraints. Where I had previously hoped to drive forward my progression through a game series’ releases (chronologically), an entirely separate psychological principle has been (in part) holding me back.