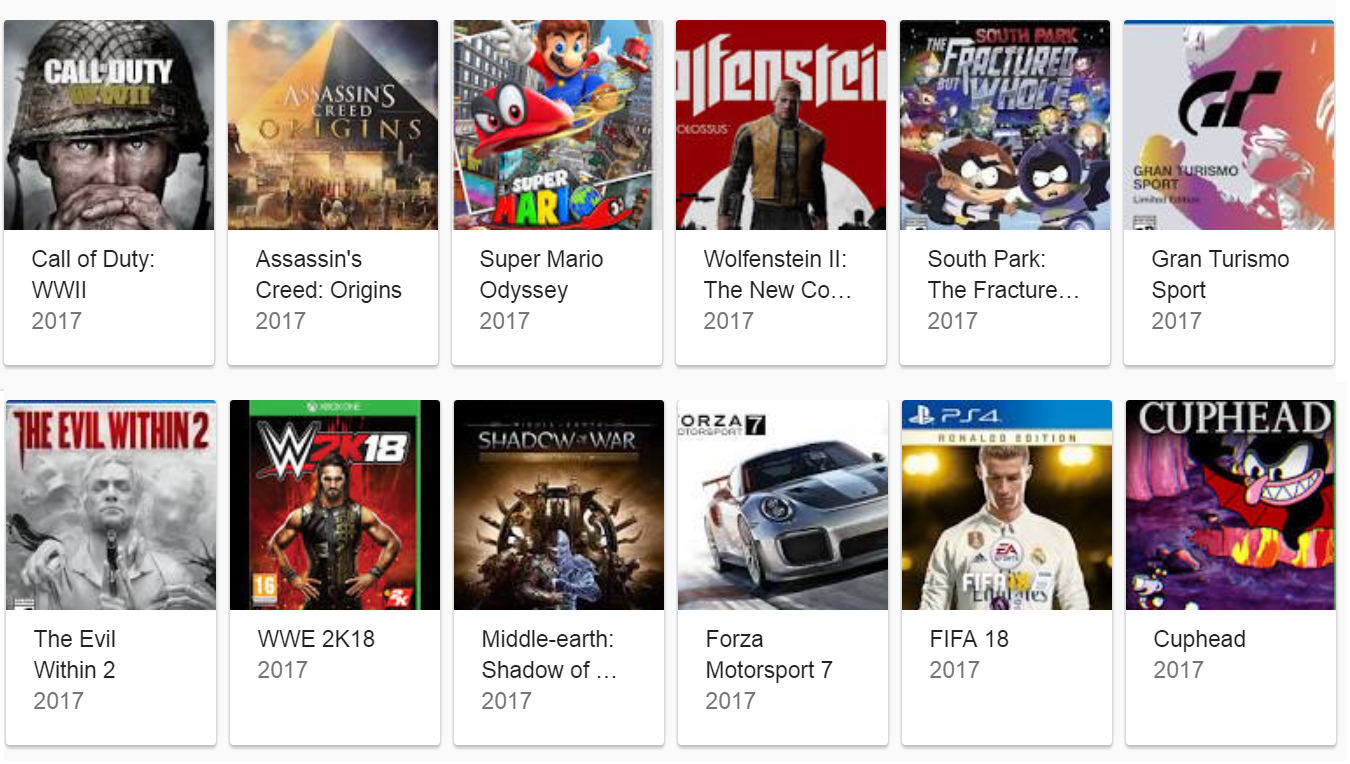 It’s the most wonderful time of the year for gamers, and simultaneously that time of the year which many of us loathe as we look to our budgets and figure out how to stretch them far enough to pick up all of the new game titles coming out. With numerous AAA and indie games coming out in the next two months, it’s inevitable that we as gamers have to make some difficult choices, lest we be left either penniless or lifeless.

I don’t have all of the solutions for how to handle this time of the year, so if you’re looking for a guide on how to buy and play everything that’s coming out in October/November, you won’t find that here. Unless gaming is your sole activity and life, and money is no option, it’s not even possible to fully experience all of the titles which release each Fall.

What is possible however, and in recent years I have found this is the best way to deal with the Fall game rush, is to step back and make a plan. You don’t have to have a team of masked compatriots to plan the perfect Fall Heist, but just a little foresight and a solid idea of what you’re looking to get from the season. October and November are always chock full of releases across all systems and genres, so there is never any shortage of options.

October and November have always featured prolific game releases ever since I can remember, and I specifically look back at 2007 as a period when I found myself struggling to purchase all of the games that I wanted to play. Anyone that recalls the Fall of ’07 in gaming knows exactly what I am referring to: Halo 3, The Legend of Zelda: Phantom Hourglass, The Witcher, Call of Duty: Modern Warfare, Super Mario Galaxy, and Assassin’s Creed. All of these games were released within a span of two months, and this is just me cherry-picking six of the top titles. This doesn’t include a vast majority of the games released during that same time period, or the plethora of phenomenal games that released throughout that year. 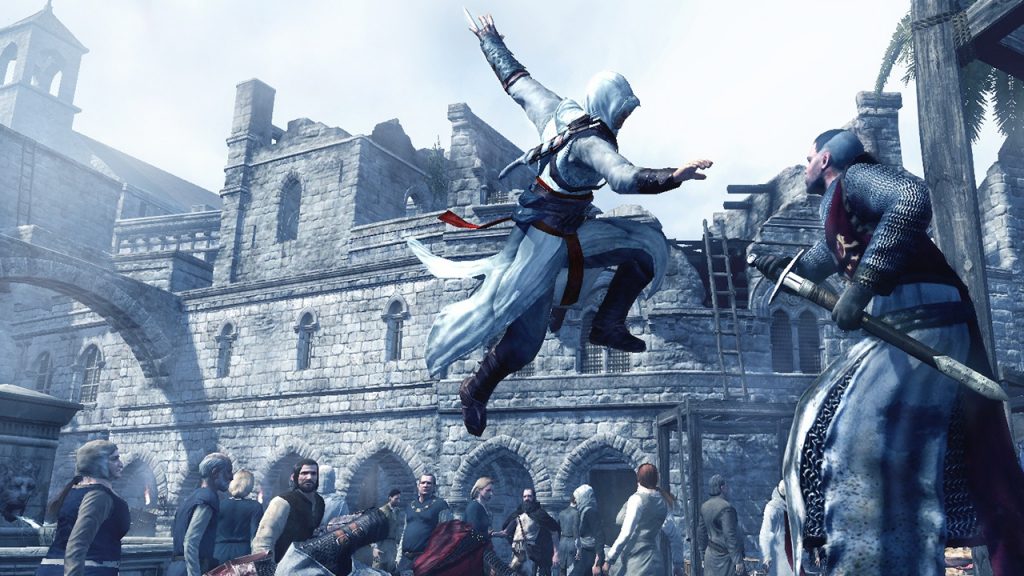 For the average person, even those who focus on game-buying as their sole form of non-necessary expenditures, this can still be a daunting time of the year. Just wanting to grab a game per week in the month of October — which would make up less than half of the total major releases — would cost approximately $280 USD / $370 CAD, which is a large amount of money to factor into a regular budget. During this time of year I try to stick to purchasing at most one game per week, lest I run the risk of games sitting on my shelf in their cellophane for weeks before even getting opened; and occasionally on sale by that point.

To satisfy the desire to buy new games, this often becomes the time of the year that gamers look to their shelves and debate which of their previously cherished titles could be traded in for the most value. The surge of used games at major retailers like EB Games/Gamestop and the overflowing bins in local pawn shops are never as prevalent as during Fall, as people trade in anywhere from 5-10 games just to be able to afford one new title. It’s always hurt me to see gamers getting $3-5 back on a game that was full price a year earlier, but I cannot argue the logic that leads people to make that decision. While it is often fiscally smarter to sell games over Craigslist, eBay, or Kijiji, the amount of time and effort it can take to make a sale often outweighs the benefits for many people.

If you can, plan out the games that you want to purchase in advance on October and November, as you can often secure deals as well as pre-order bonuses when you do. Major retailers such as Amazon and BestBuy hold E3 promotions almost every year, where you can secure 20-40% off games if you pre-order them months in advance. Since they do not charge you until the game ships, you can pre-order every game you want though October and November, and only pay for them as they release; and much less than in store.

Even if you have the money or you’ve planned in advance, there are additional issues that this time of the year can bring out in people.  For some of us, especially those like me who have OCD and feel compelled to try new games as soon as they release, this can be a mentally stressful time of the year in addition to a financially taxing one. While the months are undoubtedly filled with joy at the countless new experiences, it becomes increasingly hard to balance your time to really enjoy each game and give them the love that they deserve, without shelving them the following week for the upcoming release.

Take these past two weeks alone. Shadow of War just released on Tuesday, October 10th, and anyone who is playing it knows that it’s a game that you can really sink your Shard of Narsil into. But that doesn’t change the fact that Evil Within 2 released on Friday the 13th, and the highly anticipated South Park: The Fractured But Whole followed up last week on October 17th, which doesn’t give you much time to conquer Mordor or escape Hell. This past week we’re being treated to the releases of Destiny 2, Just Dance 2018, Real Farm, Gran Turismo Sport and more within the span of a week, which won’t even come close to preparing you for October 27th.

Oh…October 27th, 2017. A date which I fear will go down in infamy when they scribe the chronicles of video game release schedules.

If I honestly thought I’d have the time on the weekend, I’d picked up all three of those titles. Not only are these three games that are each expected to be stellar releases, they are far divides from one-another as far as gameplay, narrative, style, and the majority of other defining factors are concerned. This is what brings us to my counter-point to this article, which has been mostly focused on strategies for gamers like myself who own multiple systems and find it hard to let any single release pass them by: there is a little something for everyone.

The Fall game release schedule offers a little bit of something for every kind of gamer: PC Gamers, people who made the decision between a PlayStation or an Xbox, folk who have been itching for a new title for their favorite new console; in this case the Nintendo Switch. While some systems may receive less love than others, everyone is treated to at least several new games during this period that they can choose from.

As far as genres are concerned? Action-adventures, RPGs, first-person shooters, family games, rhythm games, simulators, and racing games; all released within the past two weeks. The Fall game release period every year typically ensures that not only are all the systems covered, but a wide range of genres and themes are taken care of. For those unlike myself who are much pickier with their IPs, Fall is often the period of time when games which are almost unanimously acclaimed, such as Super Mario Odyssey, are released. 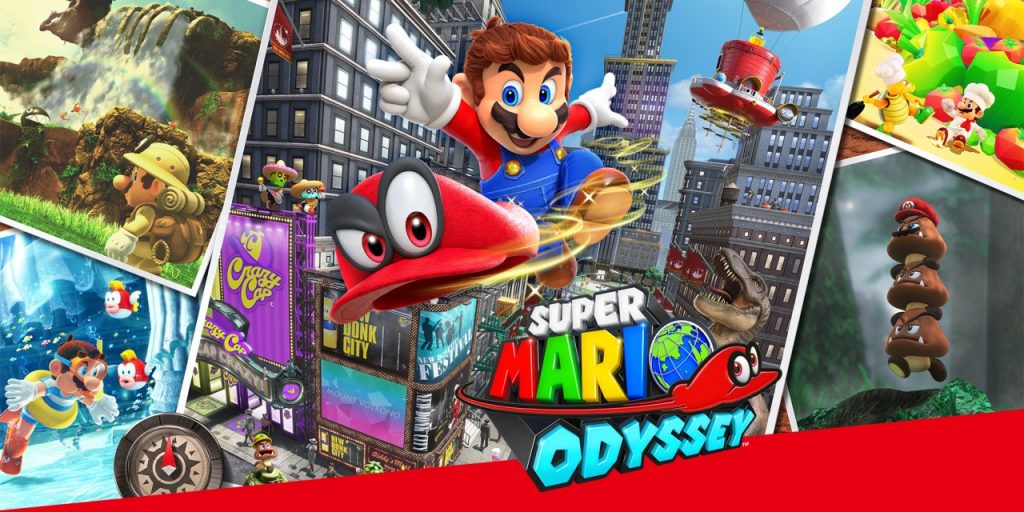 While this may be a daunting time of the year for those of us trying to save money for the holiday season around the corner, or just not break the bank period, there are many ways that we can alleviate some of the financial and mental stress. Limit yourself to one game per week, do some research in advance to take advantage of the best deals, and never shirk your family or life responsibilities for video games.

And don’t forget: many of these games will be on sale in just one month for Black Friday.