In case you missed it, esports almost became part of Paris’ 2024 Olympics.

When Paris was announced this summer as being the destination of an upcoming bout of the Summer Olympics, co-president of the Paris Olympic Bid Committee, Tony Estanguet, said that he was meeting with esports representatives to see if it could be included into the Olympics. Unsurprisingly, the internet exploded through social and mainstream media alike with many people writing polarized opinions.

League of Legends, DOTA 2, Counter-Strike, Arms, Super Smash Bros., Mario Kart, Overwatch, Starcraft, Rocket League — the list of potential video games that people compete in for money and fame goes on. Even without Olympic recognition, esports have amassed gigantic audiences and massive prize pools. For example, the International 2017: DOTA Championship had a prize pool of nearly $25 million this year. And it’s not like esports are new; people have been competing in video games since the 1970s. Though they have changed quite a bit since their early arcade days.

A few weeks after the Paris Olympic announcement, however, International Olympic Committee President Thomas Bach slipped in under the public radar and told the Morning Post that he wants to promote “peace,” “non-discrimination,” and “non-violence,” and that because of that, video games couldn’t be part of the Olympics.

Yet, there are several competitive video games that aren’t overtly violent. Though, I will admit, an overwhelming amount of games appeal to a form of militarized masculinity by focusing on guns and violence. But there are sports already in the Olympics like wrestling, boxing, judo (the list goes on) where people actually fight each other. Other popular sports, like biathlon, have people shooting guns. There’s even a contest of people just lying prone and shooting, which also removes a counterargument that video games aren’t active enough. Since esports require massive amounts of training, team coordination, and mental fitness, I fail to see how competing in video games would be too “lazy” to join the Olympics.

Besides, it’s not as if the Olympics stick to longstanding sports traditionalism. During 2013, wrestling was initially cut from the 2020 Olympics. Take a second to consider that — wrestling is essentially the quintessential Olympic sport when you think about the games stretching back to their humble beginnings in ancient Athens. Luckily for the sport, several months after hitting the chopping block, it was re-added to the roster because of outcry from fans. So popularity is obviously taken into account when deciding whether something is fit for the Olympics.

And since TV ratings for the Olympics have been rocky for years, they need something: a new, a pick-me-up. Given that esports have seen an extreme growth rate over the past few years, they could just be the injection the Olympics needs. 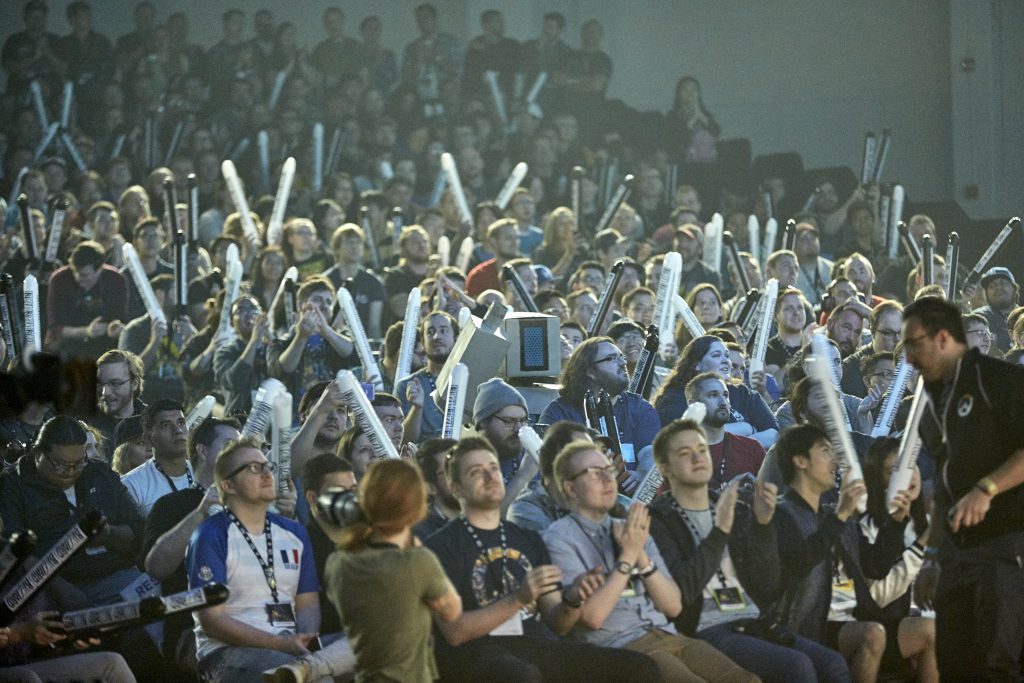 The argument that video games can’t be used as sport wasn’t used here, and that’s a good thing — a milestone for ending some of the stigma. After all, esports players are recognized by several G8 countries as professional athletes.

But, as mentioned above, video games have done fine without the Olympics. Most esports championships are also viewable for free on online streaming services like Twitch, whereas the Olympics are generally stuck to broadcast platforms, which many people are gravitating away from. Esports don’t need the Olympics, but to captivate an audience that is shifting away from traditional sports, maybe the Olympics needs to reconsider its acceptance of those who battle on on the cyber-stage.