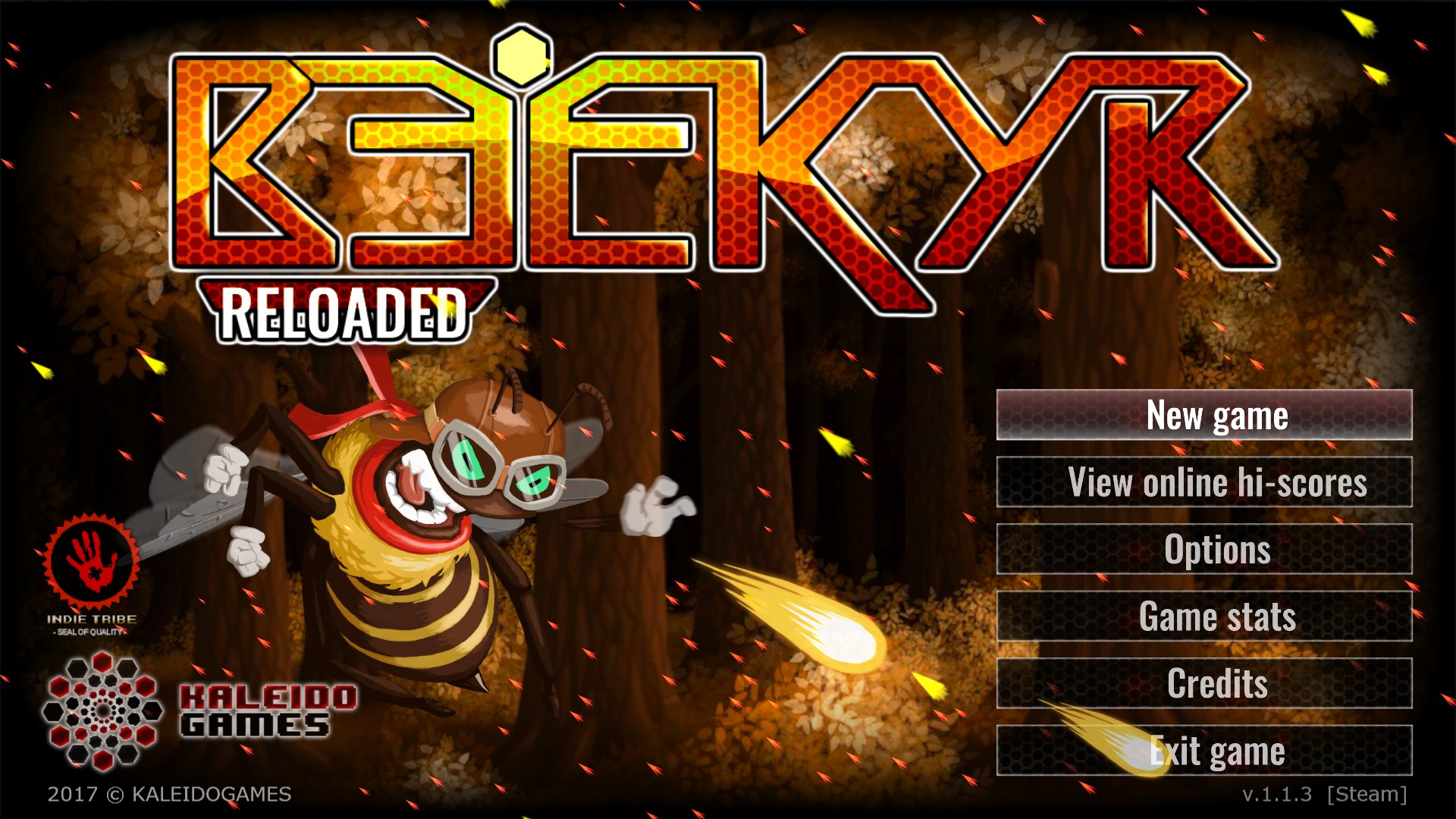 Beekyr Reloaded is a shoot ’em up, or shmup, style game that provides players with both side-scrolling and top-down game play. Players traverse across a variety of landscapes playing as a bee, traveling across the insect kingdom to avenge its queen and get revenge on the evil giant wasps for breaking their hive and stealing their honey. Sounds like a pretty fantastic premise, right?

When I first got wind of this game, I was incredibly excited. A shmup with a bee as the main character immediately reminded me of a game I enjoyed immensely as a child, Buck Bumble. Playing as a bee exploring environments shooting at your enemy and the surrounding insect infrastructure was certainly an enticing premise. At the end of the day while Beekyr Reloaded offers some casual shoot-em-up enjoyment, it was lacking in the substance that allows certain titles in the medium to persevere past the short bursts of entertainment that the genre typically serves up its offerings in. 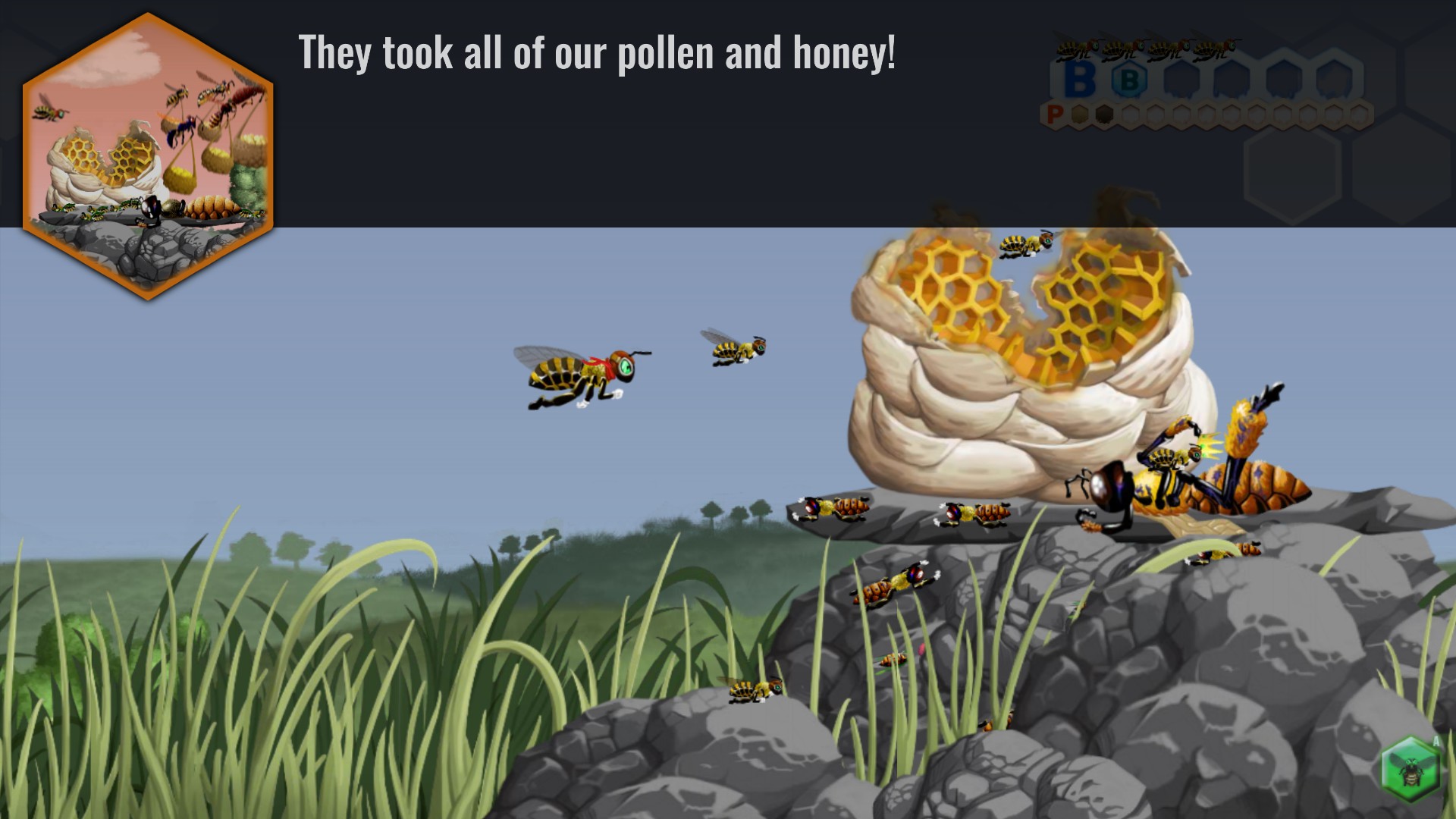 Beekyr Reloaded’s story is incredibly sparse. This isn’t entirely surprising, as shmups are not known for their ground-breaking narrative. However, the limited plot that is provided past the initial “the wasps stole our honey and we must get it back!” feels rudimentary and is far from compelling. A little bit more narrative interspersed throughout the levels, whether done as overarching voice-over dialogue or subtitles, as is common for the genre, would have done wonders.

The soundtrack for Beekyr is more often than not well-done, and suits the overall flow of the game. The choice of active and energetic house/EDM really set the game’s atmosphere and helped to elicit the frantic exciting feeling that you expect from a shmup. The music is primarily the work of third-party artists, and is a strong collection for they style of game Beekyr Reloaded is trying to be.

The artwork is a mix of largely unanimated simple watercolor-style backgrounds, contrasted with an impressive amount of realism in character models. Both the player character and NPCs display a lot of attention to detail, making them appear as exceptionally realistic insects. Wing animation is also present and is a nice, small touch that adds that extra feeling of realism in these character models. Unfortunately this is juxtaposed against a rather repetitive background, which I felt could have used both some animation, as well as more variety and color in some levels. 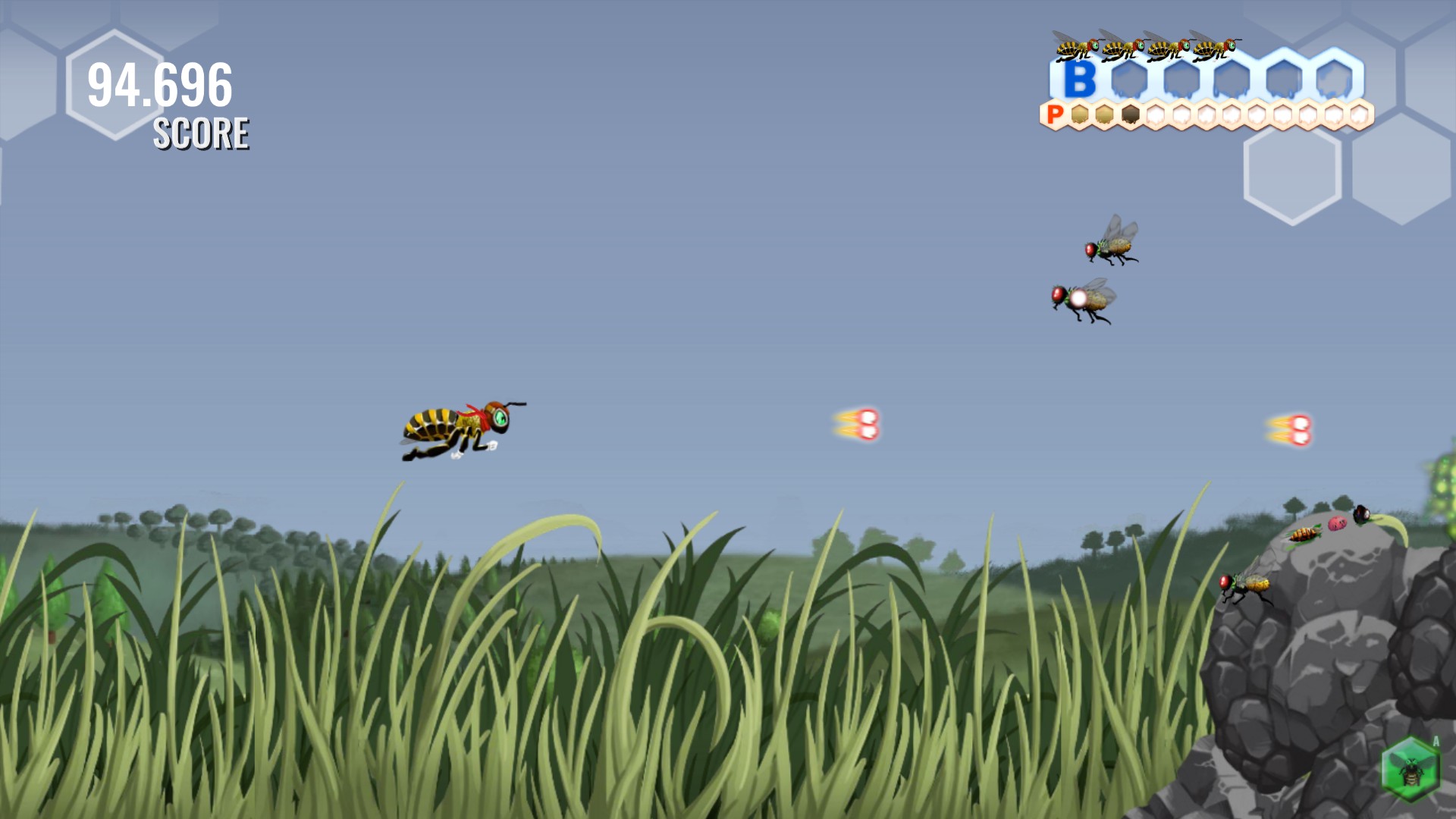 The gameplay mechanics in Beekyr are nothing special, and the game played very similarly to a lot of other shmups I’ve dabbled into throughout the years, using the WASD keys to control my bee as I frantically clicked to fire my weapon. Controls are thankfully customizable, as the initial control layout provided didn’t suit my tastes or play style. The game is divided into two distinct game play styles, side-scrolling and top-down. The side-scrolling segments are far more polished and mostly well-thought out, but the levels which were built around escaping a specific area because of impending “self-destruction” were tedious and frustrating. Being punished for choosing a path without having any way to see ahead to where they ended up felt unnecessarily cruel, especially considering the limited number of lives available in the level.

There is an optimization problem where Beekyr Reloaded struggles to operate at anything under 60 FPS; a problem I encountered on my gaming laptop and had to switch to my second monitor to remedy.  A core issue which greatly affected my experience was that I found the player hit box to be slightly off, especially in the side-scrolling missions. There were times where I could see enemy bullets passing through me without harm, and sometimes flying near an obstacle was my demise. 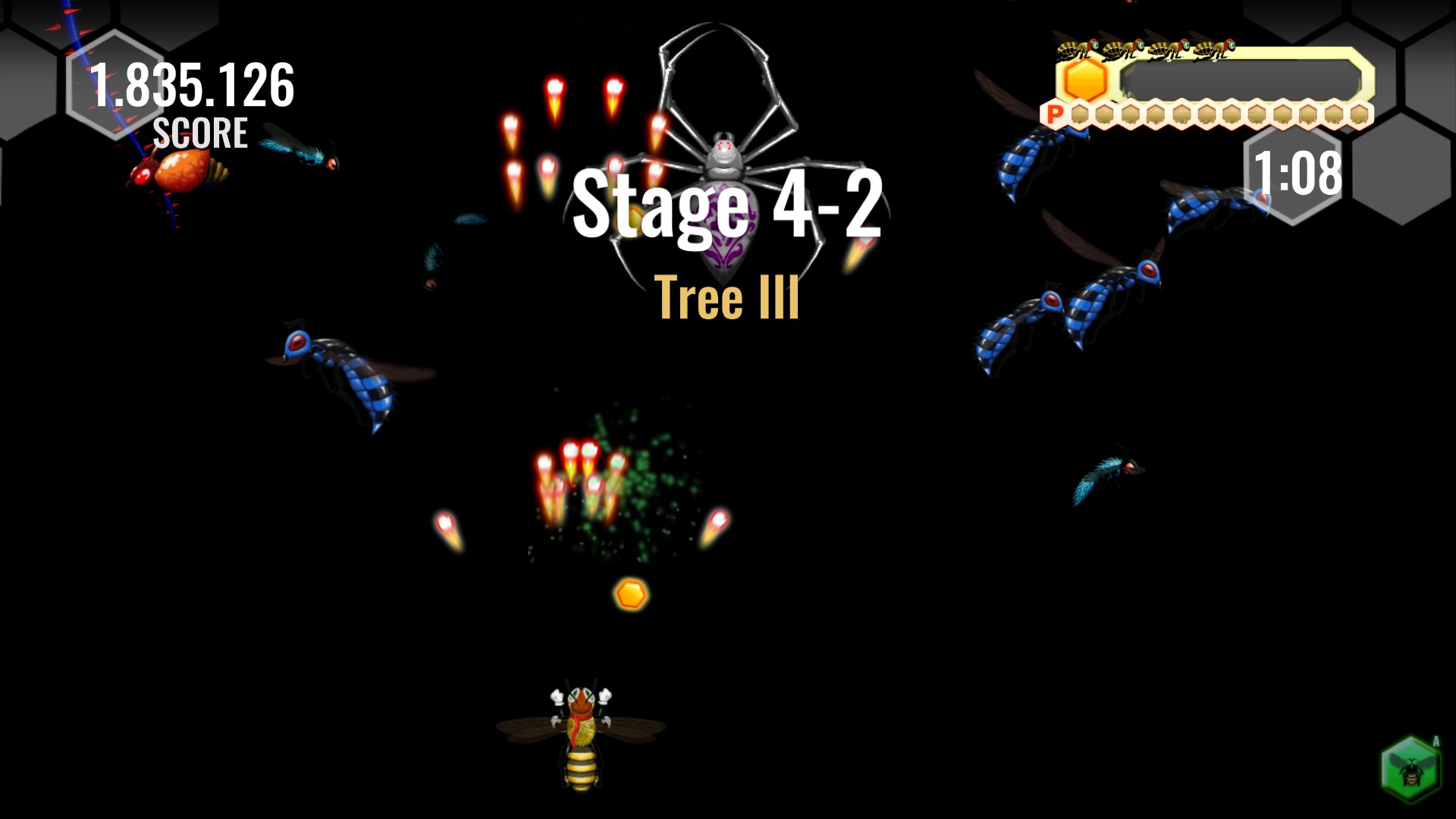 Beekyr Reloaded boasts a linear upgrade system, allowing the player to upgrade their arsenal to take on bigger challenges as the game progresses. This linear upgrade system is unfortunately a bit of a let down though, as it forces players to receive upgrades that they may not want just to get to ones they do. Going from a wide-spread shot to a much more narrow spray of bullets was a frustrating transition that left me scratching my head wondering why they chose that direction. Implementing a branching upgrade system, or a colour-schemed upgrade system would make the game more approachable for a wider group of players looking to truly customize their gameplay.

Beekyr Reloaded was a fun game, albeit with some overarching frustrating and lackluster design choices. Exciting music and exceptionally detailed characters are juxtaposed against very typical gameplay mechanics for the genre, and disappointing top-down segments. While Beekyr is certainly entertaining in small bursts, it never did enough to draw me into it for any sustained sessions, and did not have much which left me wanting to return to the game to clear up in terms of replayability. I firmly believe with a few tweaks, such as an expanded upgrade system, reimagined top-down levels, and possibly a collection system to keep players coming back, Beekyr Reloaded could be a much more enjoyable shmup.

While the game handles well and portions of it are well polished, Beekyr Reloaded fails to engage and captivate, leaving much to be desired. 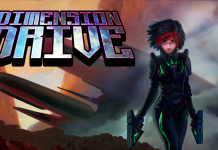