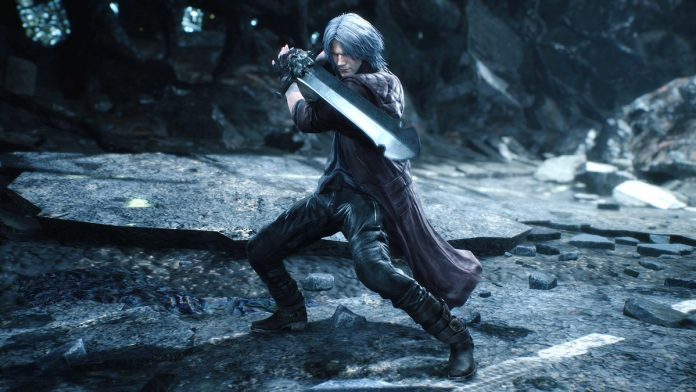 News has been on a nice, slow drip for Devil May Cry 5 since its reveal at E3 2018. Magazine interviews covered what we already knew, with tiny bits of behind the scenes info, but nothing substantial had been released to the public. Today during the special Inside Xbox show at Gamescom 2018, we were treated to a play through of the Gamescom demo and a new trailer.

Nico, Nero’s mechanic, is shown handing him a letter, dubbing it “Morrison’s manifesto.” Though it just displays the controls for the demo, it’s likely this will be some sort of lore file in the full game. Morrison is a character from the DMC anime, who was previously confirmed by director Hideaki Itsuno to be the cigar smoking man in the debut trailer. Nero is looking to meet with Morrison during the course of the demo.

This is the first time the heads up display has been seen — the familiar green life bar — but now with what appears to be an exhaust system next to it and six bullets beneath it. These give a better indication of a charge shot, rather than Nero’s hand glowing. The meter on the side is Nero’s Exceed gauge, which has replaced the mechanical looking meter from Devil May Cry 4.

The Devil Breaker has replaced Nero’s Devil Bringer. They have a limited amount of charge, with specials such as the rocket punch or detonate consuming one stock. Replacement stocks for the Breaker can be picked up only outside of battle. Capcom has already posted a detailed breakdown on five of the possible Devil Breaker arms. 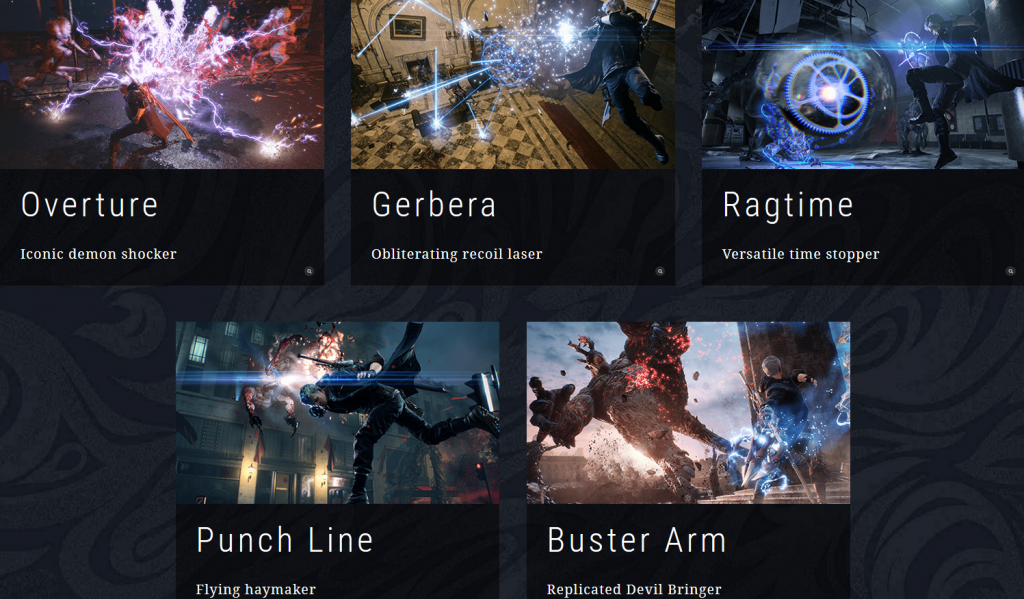 After defeating some enemies Nero is introduced to something that looks quite familiar to DMC fans. A Hell – the designation minor enemies in Devil May Cry 3 were given. Specifically, this one is referred to as Hell Caina. Caina is the first division of Cocytus, in the ninth circle of hell, named after the biblical figure Cain. The ninth circle of hell is reserved for treachery. While Caina bares a strong resemblance to Pride from Devil May Cry 3, its head is adorned with a crown of thorns.

While this revives some of Devil May Cry’s Alighieri influence, it shows some influence from Norse and Jewish mythology as well. A key item Nero picks up is referred to as a “Nidhogg Hatchling” that is said can destroy parts of the Qliphoth. Nidhogg, meaning “Malice Striker”, was a dragon who gnawed at the roots of the world tree Yggdrasil. The Qliphoth is the antithesis to the holy Sephirot in Jewish mythology, a combination of evil and impure forces. 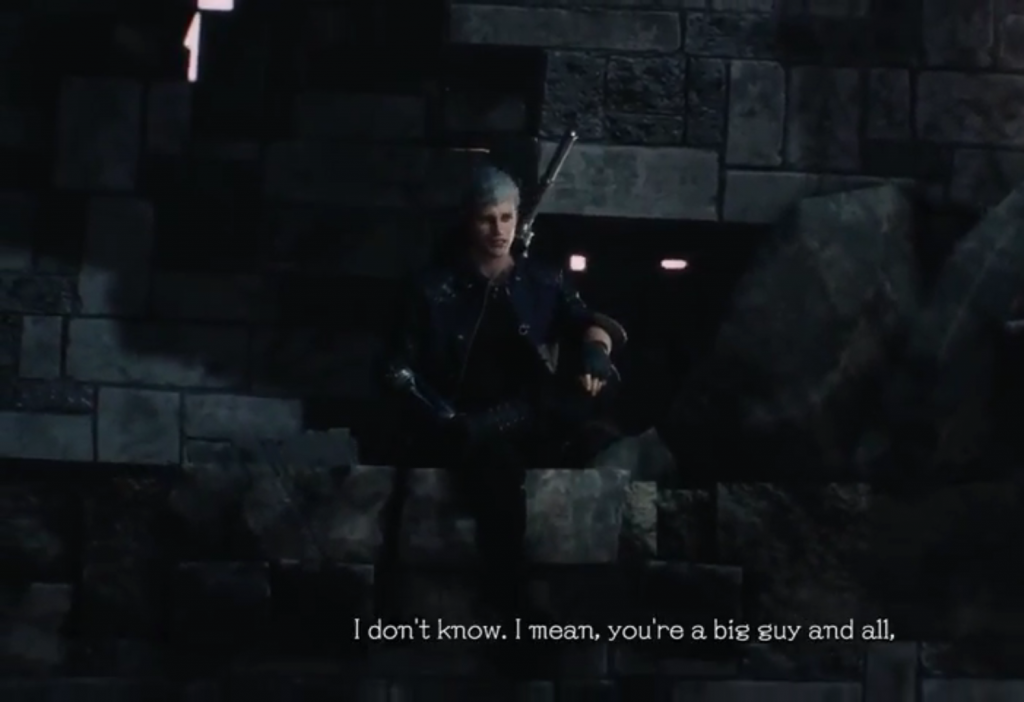 Nero then encounters the boss of the demo, Goliath. Nero is shown to have taken a bit more influence from Dante’s personality. While he was quite the quipster in DMC4, it wasn’t with this level of smug confidence. After losing a quarter of its health the demon smashes the floor of the arena, dropping them into a cathedral. After going down to half health the fight transitions back outside, where Nero defeats him and the demo ends.

While the trailer from Gamescom shows us plenty of action from Nero, along with some gargantuan bosses, the real kicker is our first glimpse of Dante game play. It had been theorized that Dante may use the motorcycle as a Devil Arm, but to see that’s what they actually went with is the most Devil May Cry thing imaginable. Fan theories abound that the motorcycle may be one of the 666 forms of Pandora’s Box from DMC4. We will have to wait until September’s Tokyo Game Show to see more information on our favorite man in red. 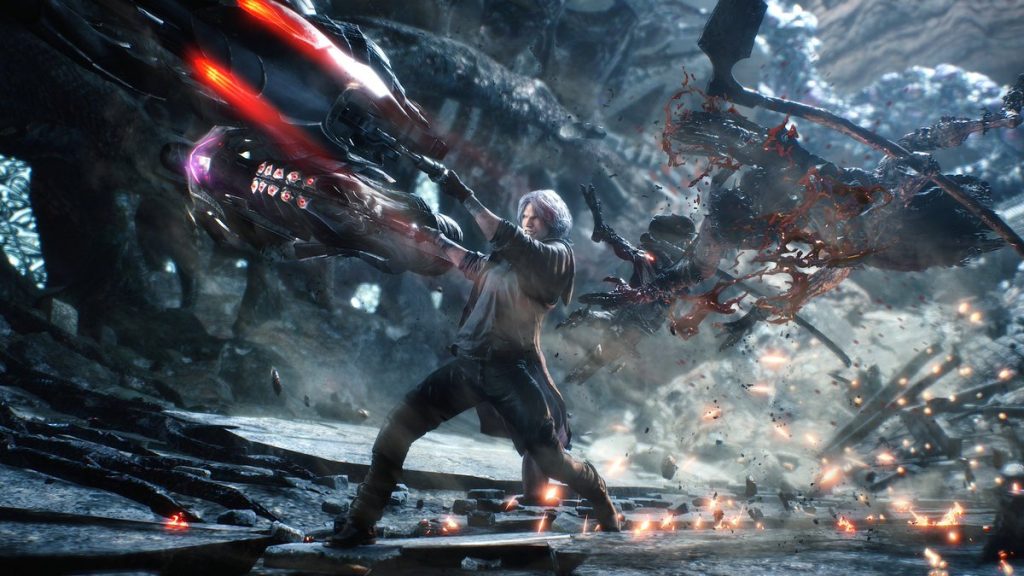