Less than two years after the release of Star Wars Battlefront, a top-selling game of 2015, EA DICE, in partnership with studios Motive and Criterion, has revealed the first full trailer for Star Wars Battlefront II, due out November 2017. The trailer, featuring a heavy emphasis on the story the game’s campaign strives to tell, places a great deal of focus on what comes next for the Imperial Empire’s troops on the ground post-destruction of the second Death Star (Star Wars Episode VI: Return of the Jedi).

The pre-reboot Star Wars: Battlefront II (2005) covered material from Episodes 1-6, and with this year’s Battlefront II, it would appear that EA DICE and its developing partners have sought to expand the available content to span an even wider gamut of the Star Wars cinematic universe as well. Episode I: The Phantom Menace antagonist Darth Maul makes an appearance alongside Kylo Ren of Episode VII: The Force Awakens (sharing separate scenes), which would indicate that Episodes 1-7 (with possible inclusion of Rogue One elements) will share in the content offered. Furthermore, pre-order details promise the inclusion of Episode VIII: The Last Jedi heroes, with only Rey and Kylo Ren being named outright at the moment.

EA DICE’s revival of the Battlefront series has been critically acclaimed in its reproduction of the long-held Star Wars aesthetic through digital recreations of props held at Skywalker Ranch and extensive study of filming locations used in the source material. In 2015, however, fans of the previous Battlefront criticized the storytelling medium for a lack of single-player campaign material, which Battlefront II is clearly geared up to address. This marks the second sequel recently developed under EA’s publishing umbrella to receive a similar treatment, after 2016’s Titanfall 2 was released with a substantial single-player campaign (the first entry in the series was also multiplayer-only, although a loosely-defined ‘campaign’ was included through a series of pre/post-match cutscenes that lent context to the battles). 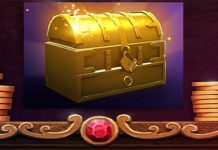