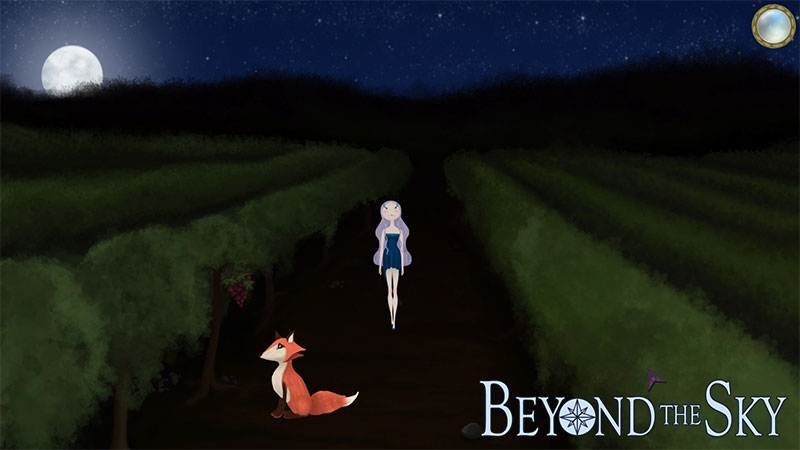 Independent team Iperurania Arts brings together challenging puzzles, standout art, and deep themes in their biggest project yet. Beyond the Sky is a stylized point-and-click adventure game that explores more than just the world inside of it.

Beyond the Sky follows Selene and her dream to reach the moon. Through some sort of trickery, she finds herself alone in a dark forest. Playing through puzzles, interacting with the forest inhabitants, and exploring the world will push Selene to face her fears. Those fears dredge up deep philosophical questions, confronting players with the same level of self-discovery as the character. Scenarios throughout the game invoke questions for players and Selene to simultaneously ponder. What is death? What is the point of war? How does one become self-confident? How do you fight loneliness? While the player clicks through the world, Beyond the Sky puts them under the lens of introspection. 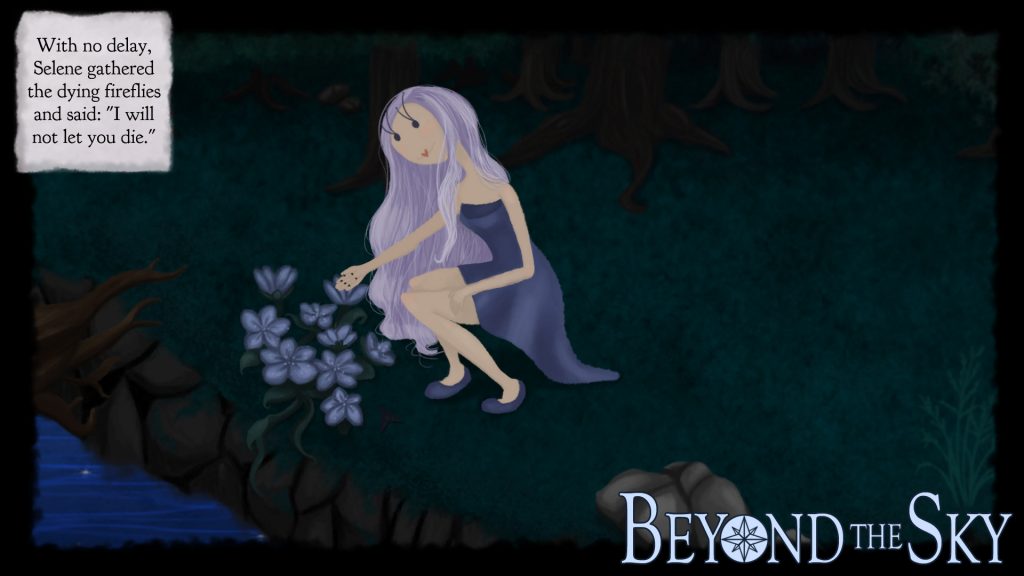 Point-and-click may be technically simple, but Iperurania Arts hopes to take it to new levels. The puzzles within the game are not simply obstacles to be overcome. Instead, they will act as parts of the narrative, challenging players seeking to move on while keeping them engaged in the story. This game is the biggest project the small team has worked on, and it is putting their goal of making “intriguing and good-looking games, fun to play and with a unique style” to the test.

With the distinctive art style, point-and-click mechanics, and introspective topics, the game elicits memories of Fran Bow. As another simplistic game that packed a philosophical punch, Fran Bow became a hit with players. With the right amount of support, Beyond the Sky could easily hit the same mark. The game, once finished, will be available for PC and Mac. A playable demo is available for download on the developer’s website, along with a link to their Steam Greenlight campaign.

Armchair Gaming: Episode 1 – Crea and the Allegory of the...