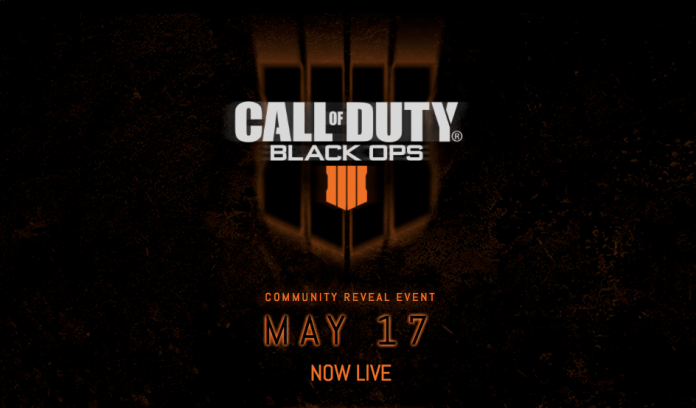 Call of Duty fans congregated for the Black Ops 4 Reveal event, hosted by Treyarch, Activision, and the Black Ops 4 staff. Beginning with a hype reel that recaps some of the accomplishments they’ve seen in the last decade, the presentation revisited some core moments from previous games, building up the atmosphere and anticipation towards today’s first-shown teasers. Mark Lamia delivered the introduction, and passed it off to other members of the team.

EDITOR’S NOTE: This post will be updated with the archive of livestream footage once it is made available.

The first bit highlighted as part of the community reveal was, naturally, the multiplayer segment of Black Ops 4. It gave off the immediate impression that some of the more ‘out-there’ concepts from Black Ops 3 were being scaled back to form a more-rooted experience; almost marrying the tech from Black Ops 3 and vibe of its predecessor Advanced Warfare. Dan Bunting and David Vonderhaar spent some time out on stage to discuss the Multiplayer element of the game, explaining some new and returning features, confirming as well that the Black Ops 4 multiplayer stage is set between the narrative stories of Black Ops 2 and 3. 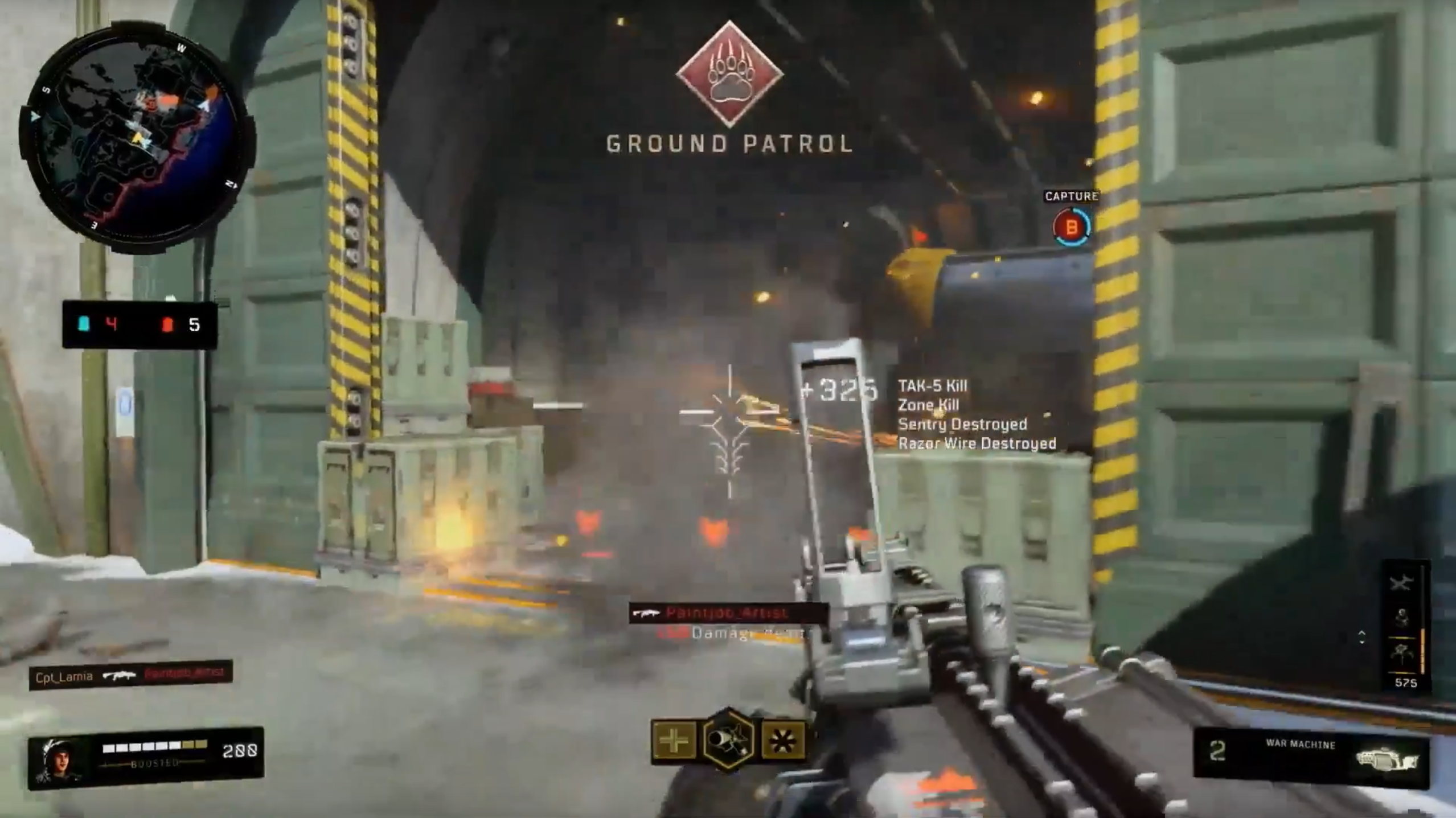 Treyarch promises a ‘tactical gameplay experience’ unlike what the series has delivered in the past, in addition to a few core game design tenets that they’re working through all elements of the multiplayer. 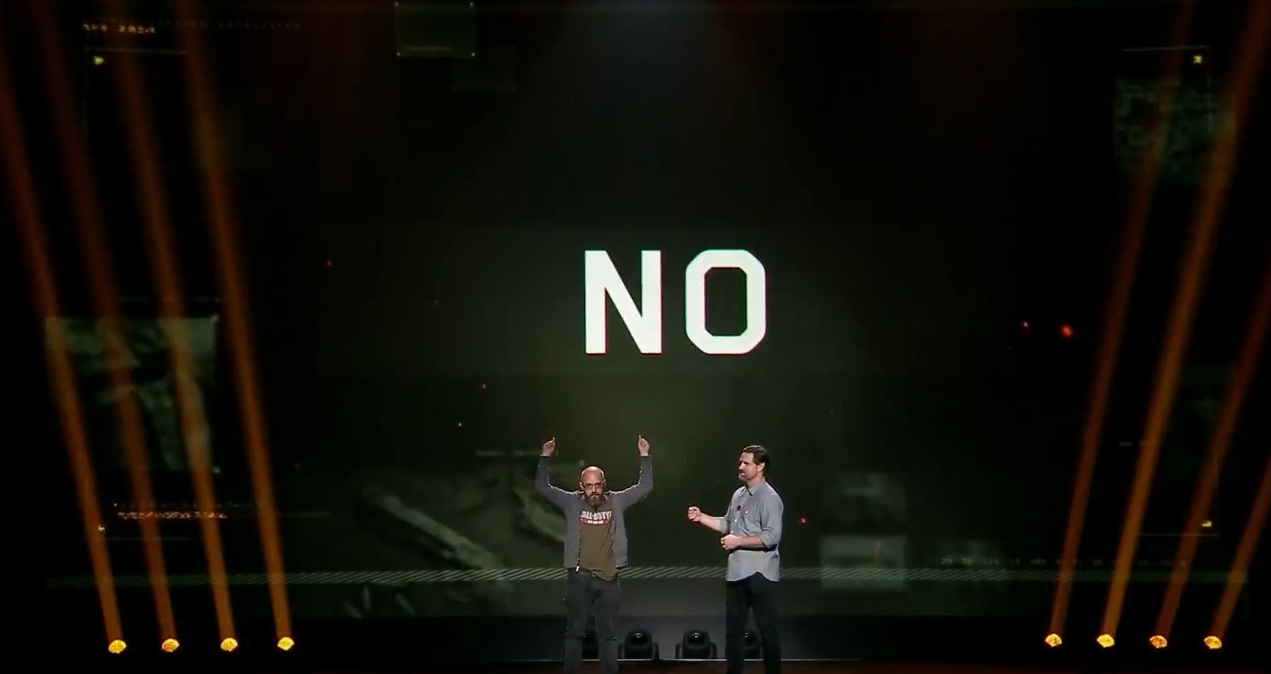 As a personal take on that news, I found myself pleased to hear the announcement that they were scaling back that which took Call of Duty away from its roots. I came to resent the jump-pack combat of Black Ops 3 (instead preferring to keep that sort of verticality within the Titanfall series), and never ventured to purchase Infinite Warfare, being disinterested with the conceptual design enough that it remains the first Call of Duty that I have outright skipped.

Treyarch continued to describe some core changes to maintain the pace of combat while expanding upon the utility of each player character interacting with the world. “Guns Still Up” is a simple enough mantra, but it would appear that they’ve given some hightened ambidexterity to the player-characters within the world. Throwing grenades, activating equipment, calling in scorestreaks, mantling across obstacles, and more, can now all be carried out while keeping your gun up and shooting at enemies. 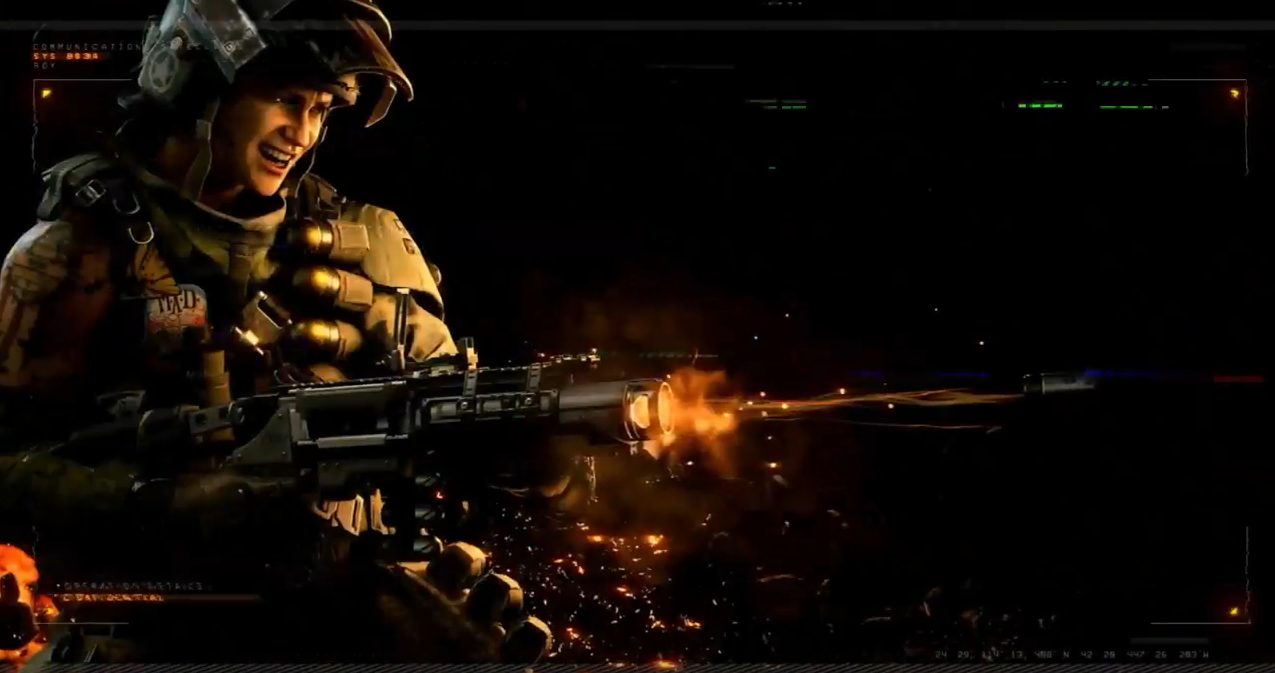 Specialists return, and each of them bring unique equipment and abilities. Treyarch moved on quickly to boast the most-improved gun system yet, which claims to have spent more time in development than the three previous Black Ops titles, combined. Improvements include:

One of the largest changes made is the inclusion of the series’ first attempt at a ‘true predictive recoil system’, which “allows players to constantly make micro-adjustments while aiming and shooting” for a rewarding experience in learning the use of the weapons.

Manual healing returns (last seen in CoD WWII), encouraging tactical gameplay within combat engagements. There is a medic class that resupplies and heals teammates, and the developers advise that engagements can be won or lost through manoeuvring and calculated use of the new health mechanics. 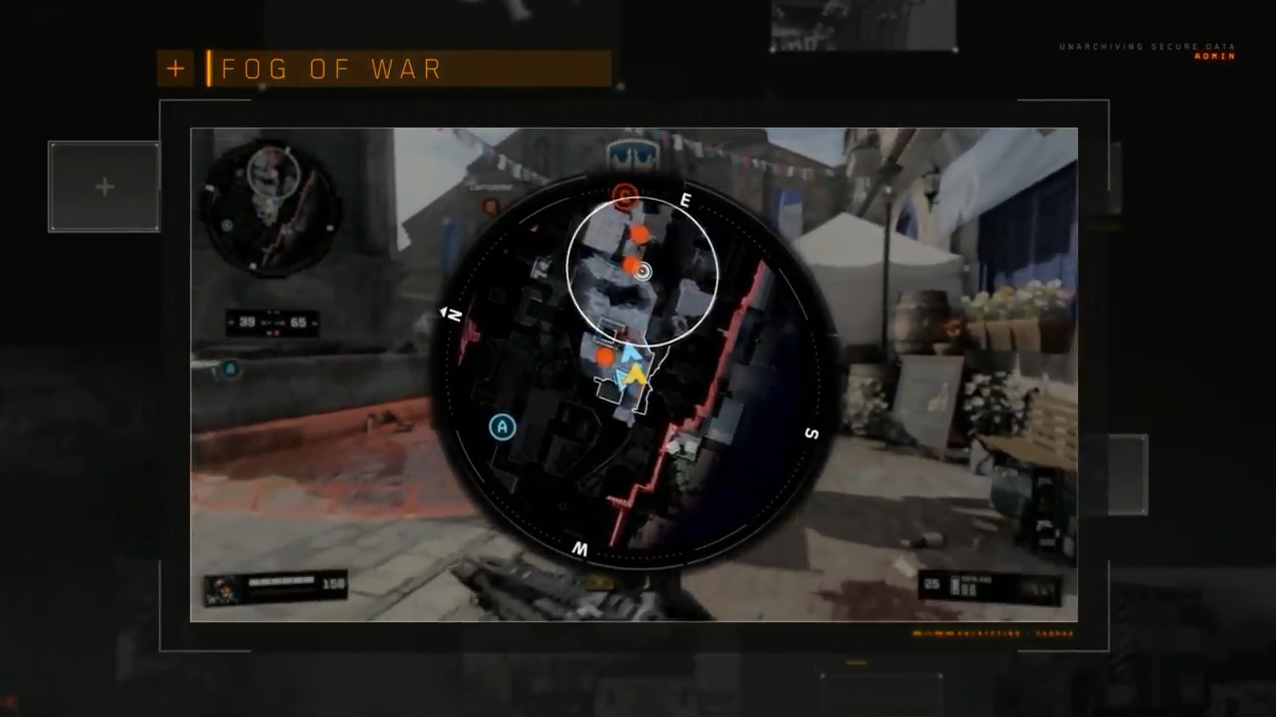 Situational Awareness mechanics cover the game’s presence on the minimap, and other factors such as the sounds of footsteps on different surfaces. Black Ops 4 is bringing in ‘fog of war’ within the minimap, which tightens up the insight each player has to their area around them, and creates opportunities for teammates to work together and communicate.

The Black Ops story has progressed across four titles now, and Treyarch promises to listen to feedback and developer the series in line with community expectations. 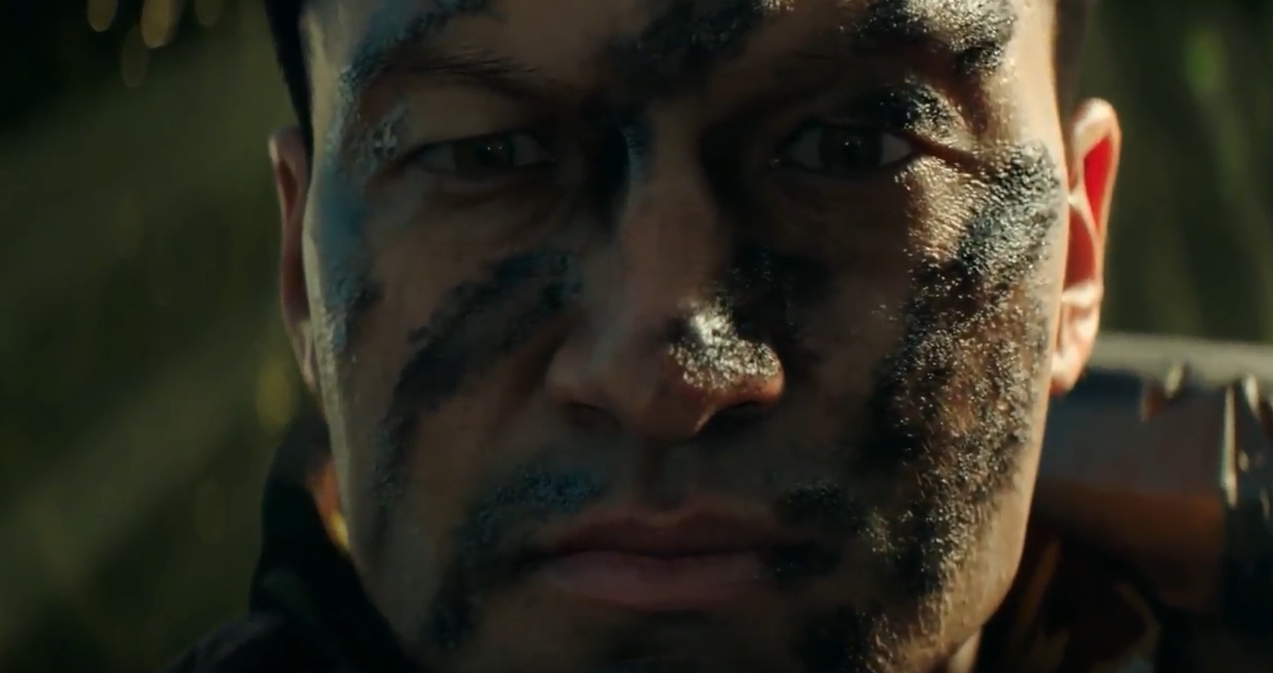 Missions explore the stories behind the specialists inside a greater Black Ops narrative. It’s important to Treyarch that they continue expanding upon the narrative of multiplayer, as players spend more and more time within the multiplayer experiences.

The story teaser promises return of high-tech ‘big brother’ exploitation of the general population, and closes with some slow-motion shots of the specialists, saying “Alone you can put up a fight, but together, you can start a war”.

A panel popped up, reminding players of the “October 12” release date. At very first glance, it might be that these specialist-oriented missions that speak to a greater narrative may play out similarly to the fragmented campaign in Battlefield 1, or in earlier Call of Duty title’s ‘Spec Ops’ missions, such as those found in Modern Warfare 2. This is, of course, just a personal hypothesis. 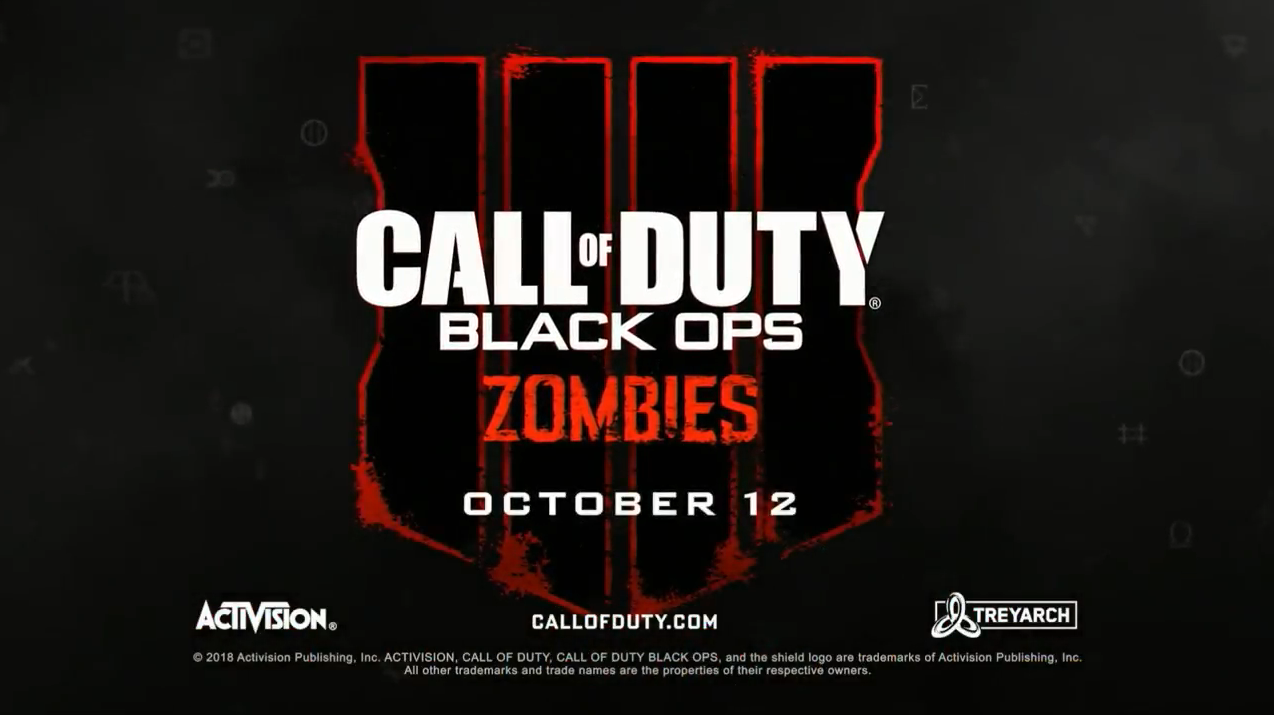 Naturally, Zombies makes a return to serve as a shared journey between characters and players exploring for the deepest secrets. “The zombies community has always been our North Star”, Jason Blundell says.

Ten years in, Treyarch is preparing a new chapter in the experience. The developers are capitalizing upon the ‘mystery’ of the world, where anything can happen. Prior games have shown that anything can happen, such as Time Travel, giant robots, hell dogs, and more. Black Ops 4 starts a new chapter in creating a new enemy; an ancient order hell-bent on establishing a new world order.

Four characters sit around a table, knee-deep in a metaphysical ritual that sends them back to ancient times, seemingly a blend of greco-roman gladiatorial combat, and medieval religious / cultish overtones. 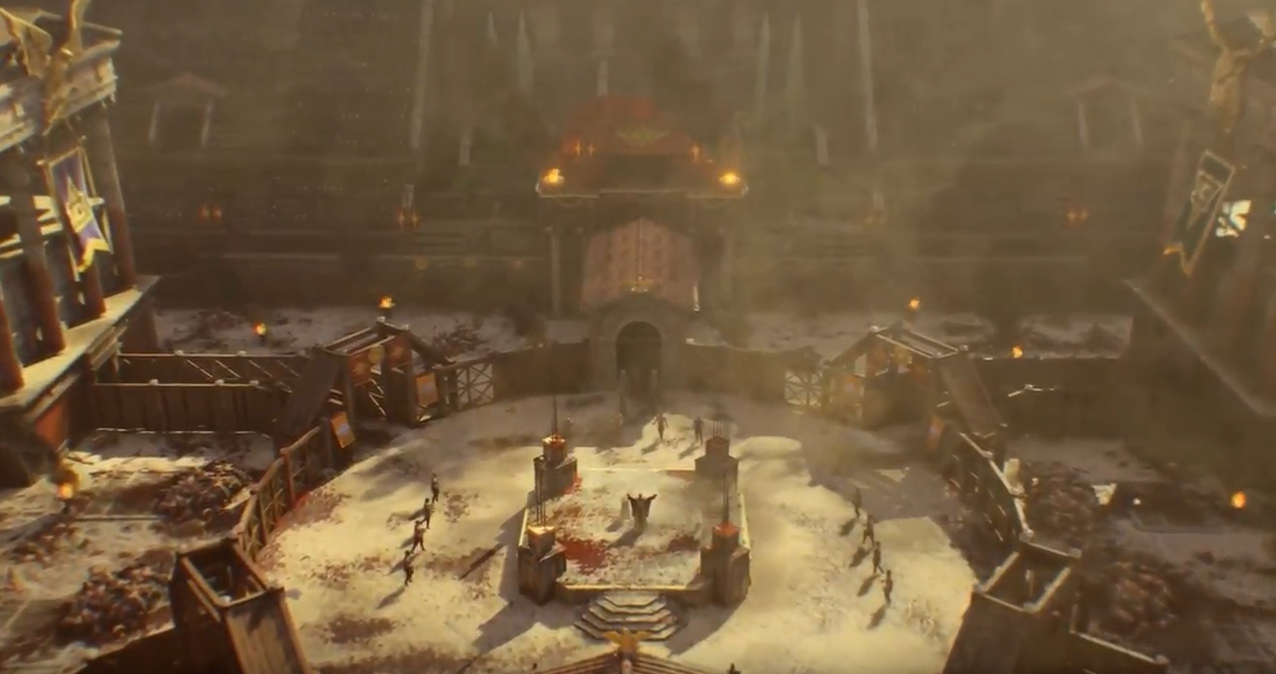 The leader triggers some form of spell out of an artifact, transforming captive prisoners into high-energy zombies that begin tearing other unwitting participants apart. The adventuring party, bearing all manner of hand-to-hand implements, hack away with reckless abandon until a boss-style character appears to tear an inter-dimensional hole out of one particularly unfortunate individual’s chest.

Treyarch has built in the tools to turn Zombies into a community-driven event that drives forward replayability across daily, weekly, monthly, and yearly game sessions. Changes include customizable mutations (gameplay modifiers), third-party leaderboard support, challenges, and a solo-oriented gameplay with co-op bot support through AI characters.

The second zombies game mode, “Voyage of Despair” opens up in an early-1900s ballroom and social event, which shows the four new characters running a con to secure a zombie-generating artifact from a safe aboard a ship. The plundering goes sideways, turning the ship’s passengers into zombies that begin to raise hell. As the final camera shot pans out, a life saver ring comes into shot, branded “RMS TITANIC”, with the infamous iceberg appearing over the heroes’ shoulders. 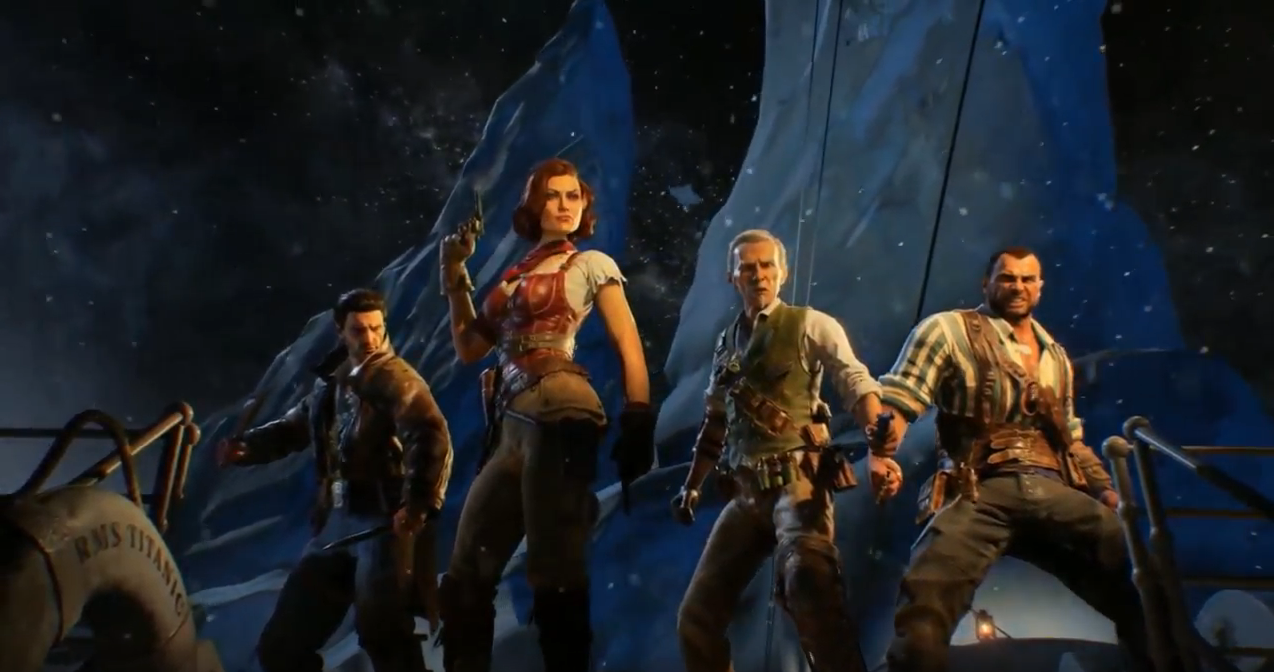 The third Day-One zombies experience preview was quite brief, teasing a return of a fan-favourite map that pits the players against denizens of Purgatory. With only 10-15 seconds of footage, the title card flashed up at the end to elevated applause. Blood of the Dead, it wrote.

PC Deployment is arriving on Battle.net, and Treyarch have partnered with Beenox to bring the game as a custom-built deployment for the platform. Social integration features within Battle.net will run deep, even allowing players to party up and chat between Black Ops 4 and into Overwatch. The game will also run on dedicated servers.

Beenox goes on to talk about the testing; Black Ops 4 is reportedly being tested on the ‘widest array of hardware available’ to ensure that the lion’s share of players can experience the game on the platforms they have at home. 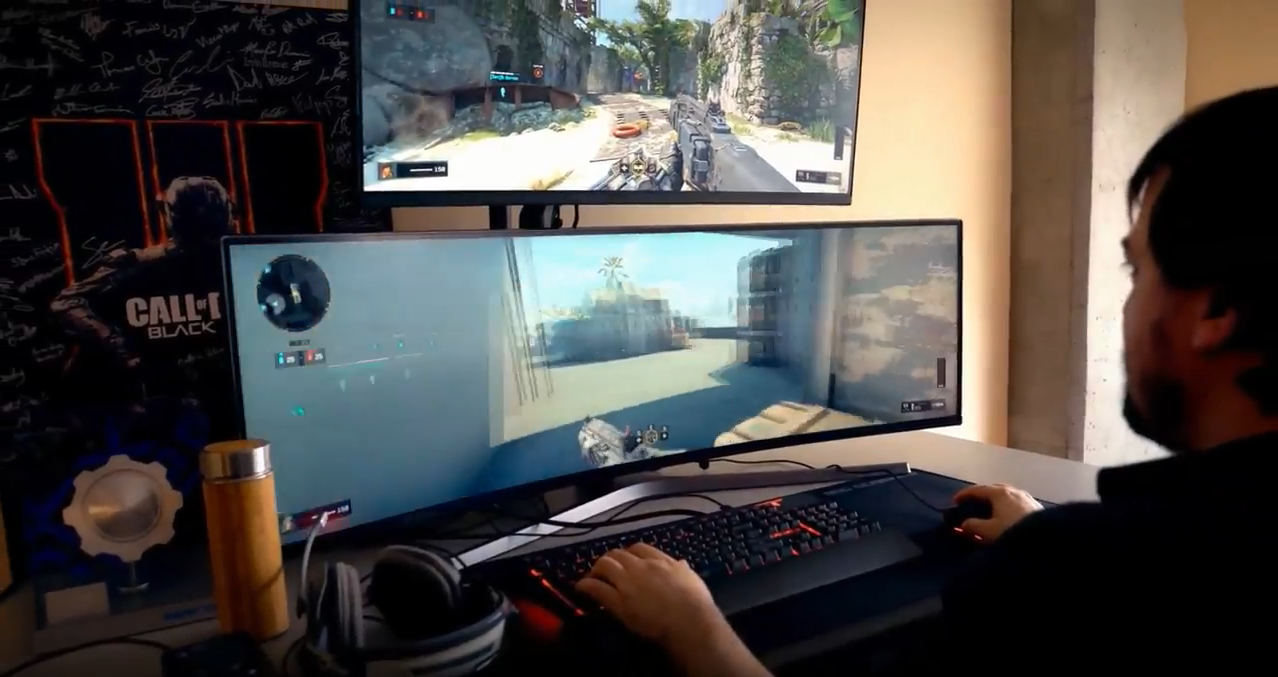 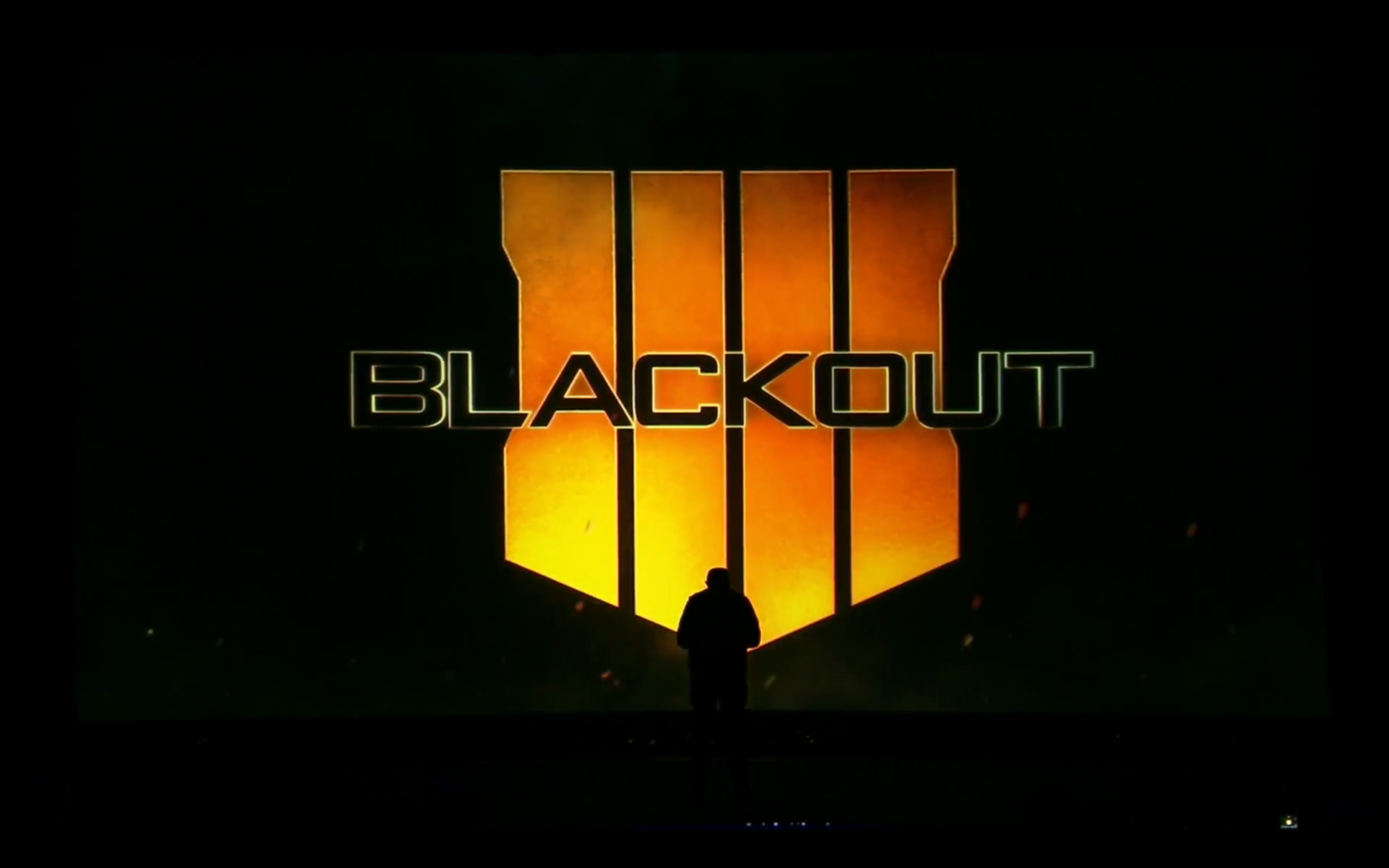 Titled “Blackout”, Treyarch has been working on bringing the Battle Royale genre / game mode into Black Ops 4. David Vonderhaar returned to the stage to bring the audience up to speed; jumping more into specifics on what sets the new Blackout mode apart from other Battle Royale games. 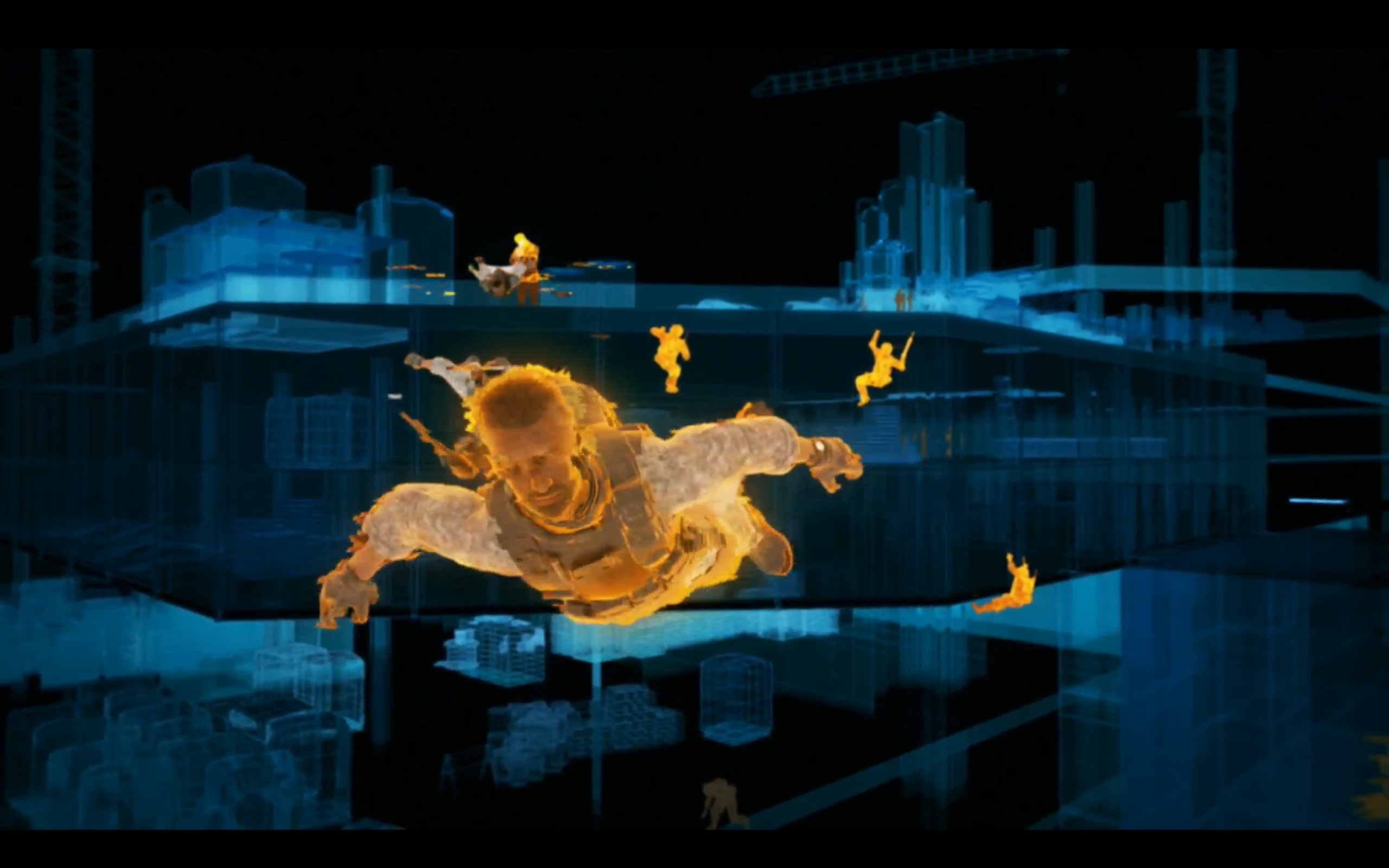 “I don’t have to explain to you how Battle Royale works. These games are no secret; we play them too” – David Vonderhaar

Treyarch wanted to be sure that the execution would deliver upon an experience that could only be done ‘the Black Ops way’. Marrying the signature Call of Duty controls to the largest map that they’ve ever made (1500x larger than NukeTown).

Also featured in Blackout is the inclusion of characters through Blacks Ops 1-4, specialists, equipment, vehicles (land, sea, air), and characters from zombies as well. More details will come in as Treyarch continues their press cycle.

The event wrap-up went to recap information already delivered across the hour-long event. Treyarch is continuing to evolve their formula within the Call of Duty ethos, across several pillars of gameplay to be offered in Black Ops 4. Reminding us again that the game does not contain ‘a traditional campaign’, which may worry those that put more stock into the crafted experience offered by all Call of Duty games to date, the development staff is working diligently to weave narrative elements into all of the components within Black Ops 4. 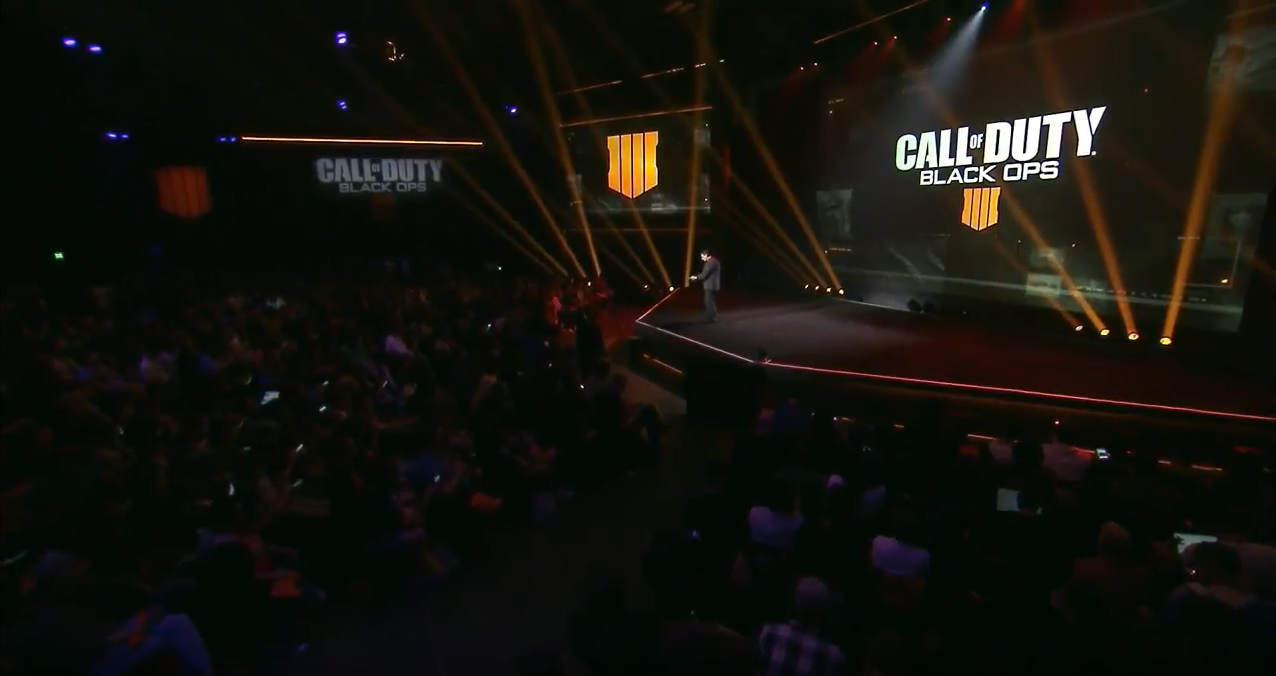 Check back in the weeks and months to come for more prerelease coverage on Call of Duty: Black Ops 4. 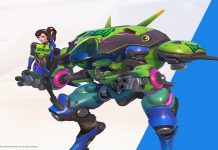