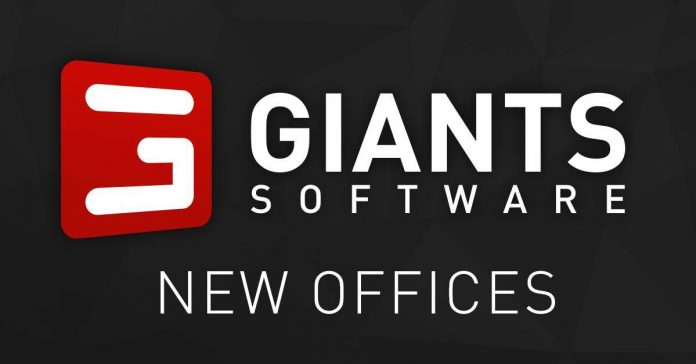 GIANTS Software, the developer behind the popular Farming Simulator series, has announced that it plans to expand its team by moving its two existing studios in Zurich, Switzerland and Erlangen, Germany to larger office spaces, as well as opening a new studio in Brno, Czech Republic.  The move signifies GIANTS’ intentions to expand its team and attract new talent as it works on the development of Farming Simulator 19. The company believes that opening an office in Brno, Czech Republic will afford it the opportunity to tap into a rich regional talent pool and offer future employees an attractive place to live, while expanding its existing teams in Zurich and Erlangen will further enhance its development capacity. A press release from GIANTS on May 17, 2018 stated that:

“Driven by the success of the Farming Simulator series, the company is focused on acquiring more talent to develop future games of the series and is now making space for them…GIANTS Software’s expansion signifies a new beginning for a talented and invigorated group ready to tackle exciting challenges ahead.”

The expansion in the size of GIANTS’ studios and team seems a natural next step for a developer and series that has seen increasing success with each of its PC and console releases. Just one month after its release, Farming Simulator 17 had already sold over 1 million copies, while recently GIANTS revealed in a 10-year anniversary celebration video that Farming Simulator games have sold over 15 million copies worldwide.

As the developer ramps up its work in the lead-up to the release of Farming Simulator 19 (officially announced in February 2018 with a release window of Fall 2018), it appears as though an influx of new staff is needed to deliver a game that GIANTS claims “takes the biggest step forward yet for the franchise, and will bring great improvements to nearly every aspect of the game”. With GIANTS having promised new farming activities, new animals, new gameplay mechanics, and new crops (as well as already having revealed a graphics engine overhaul) it is apparent that the developer is taking an ambitious approach to the improvement of the series’ next iteration.