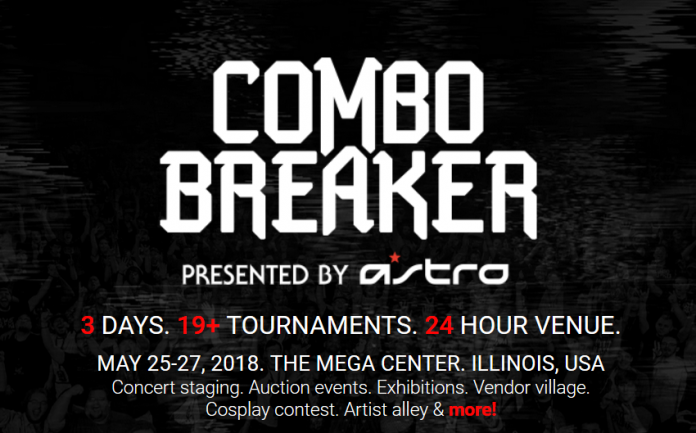 It’s Memorial Day weekend and that means one thing for the Fighting Game Community: Combo Breaker 2018 is here. Boasting its motto of “No Coasts, No Kings” Combo Breaker is the premiere Mid Western tournament for 19+ fighting games including Dragon Ball FighterZ, Street Fighter V: Arcade Edition, and Tekken 7. You will also find tournaments for old school games like Vampire Savior and Super Street Fighter II Turbo.

Run by Rick “The Hadou” Thiher and the Midwest Fighting Game Community, this will be Combo Breaker’s fourth year after The Hadou took over the tournament organizing from the previous tournament title, Ultimate Fighting Game Tournament. This is also its third year in a row taking place at The Mega Center in St.Charles, Illinois.

You can watch all the action from your home via the streams below:

On Team Sp00ky you can watch pool play for the Mystery Game Tournament, Dragon Ball FighterZ, and Guilty Gear Xrd: Revelator 2. The Top 8 finals for Killer Instinct, DBFZ, Vampire Savior, GGXrd, and a 4×4 Regional Exhibition for Under Night In-Birth EXE: Late[st] will be here as well. Combo Breaker 2018 is a KI Ultra Tour stop, meaning a $15,000 pot bonus has been added to the overall prize for Killer Instinct.

Capcom Fighters will be broadcasting the entire Street Fighter V: Arcade Edition tournament. The top 33 placements will be awarded points for placement within the leader board for the Capcom Pro Tour finals.

The official Tekken channel will be broadcasting Tekken 7. The top 25 placements will be awarded points for placement within the leader board for the Tekken World Tour. As a bonus, an exhibition of the upcoming Soul Calibur VI will be broadcast on this channel.

For a mix of Dragon Ball, Skull Girls, Marvel, and The King of Fighters XIV check out PandaXGaming‘s channel. 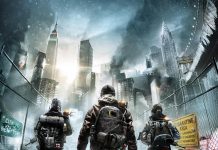