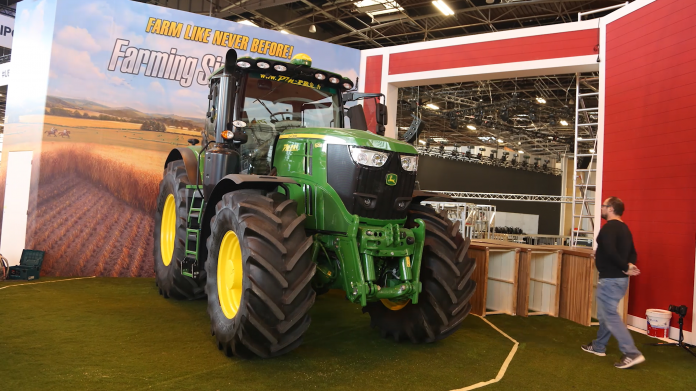 GIANTS Software, the developer behind Farming Simulator 19, has released two new videos in the leadup to the game’s November 20 release date. These new videos give players a look at some behind-the-scenes activity – the first shows GIANTS staff recording sounds of some Fendt tractors, while the other features an interview with a John Deere staff member discussing the brand’s involvement with the game.

The first video, titled “[FS19] Fendt Sound recording” shows two GIANTS staff members working through the process of recording the sounds of various Fendt tractors for use in Farming Simulator 19. The video demonstrates how GIANTS works meticulously to achieve the most realistic sound possible for each tractor, with the recording team fastening microphones to the tractors in various places, and recording them idling, driving, and everything in between. They record the sound close up and far away as well, to ensure that the sounds are accurate from different distances in the game.

What this video demonstrates to me is the sheer amount of time and effort it takes to accurately re-create each and every tractor in the game. GIANTS staff need to work extremely closely with the tractor companies in order to set aside the time to come out and record, as well as ensure that there is someone who can train the staff how to operate the tractor (or operate it for them). To consider that this type of work needs to be done for each and every tractor in the game is mind-boggling – though I realize that once the sound has been recorded (e.g., for use in Farming Simulator 17) then it can be re-used for the next game, so it’s likely that sound is only recorded for the tractors that are new to Farming Simulator 19. 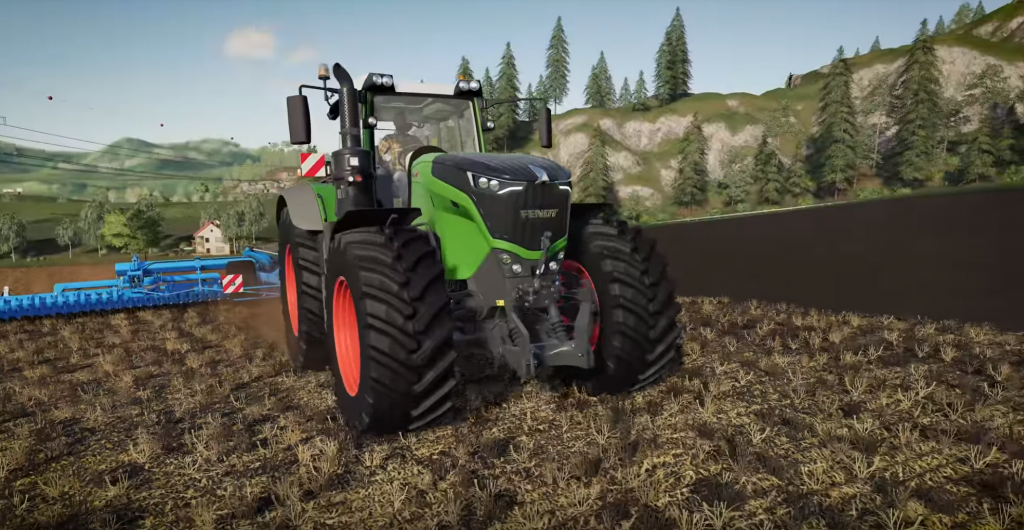 The Fendt sound recording video was also GIANTS’ clever way of introducing two new tractor series to those who were watching closely: the Fendt 1000 Vario series, and the Fendt 900 MT series. The Fendt 1100 MT (i.e., a tracked tractor) was introduced in one of the first fact sheets, however the 1000 Vario series (wheeled) and 900 MT Series (tracked) had not yet been announced. The specific models shown in the video are the 1050 Vario and 943 MT, however it’s currently unknown if there will be other models available within those series. The 1000 Vario series was a popular mod for Farming Simulator 17, and I’m sure players will be excited to see it faithfully modeled by GIANTS. The 900 MT series will also be a welcome addition, as the tracked tractors provide some additional variation and choice in the higher horsepower tractors.

The second video that was released today by GIANTS gives us some insight into the relationship between the developer and John Deere through an interview with a communications staff member from the agricultural giant (no pun intended). In an interview filmed during Paris Games Week, Alexandra Bordes discusses why John Deere felt that now was the time to get involved with Farming Simulator, and what the “world leader in the production of agricultural machinery” hopes to achieve by finally agreeing to participate in the game.

“Many John Deere clients and partners who were playing the game were regularly asking us why we weren’t part of the game…as a premium brand, it was an obvious move with the leader in the market, Farming Simulator.”

Bordes elaborates further later on in the interview, stating that “It is for us a real pleasure to be part of Farming Simulator 19, even more when we are convinced that this is a very interesting, fun way of discovering the farming industry, and through it we hope to see the farmers of the future begin to hone their craft.” It appears that John Deere finally saw the value in lending its likeness to the game, as the questions from clients and partners likely indicated to the company that Farming Simulator really does have a sphere of influence in the farming industry, and the absence of such an iconic brand was extremely noticeable. This seems to be evidenced by yet another quote from Bordes’ interview:

“Today, Farming Simulator is a very complete game with many different crops, machines to use, animals to tend. It’s very complete. Moreover, players will be able to use John Deere machinery and we hope that they will appreciate them as highly as their real users.”

In addition to discussing the entry of John Deere to the Farming Simulator series, Bordes also reiterates what I mentioned regarding the Fendt video – the need for the equipment manufacturer to work closely with GIANTS to ensure realistic modeling of their machinery. “Concerning integration of our machinery within the game and to be as faithful as possible to our machines’ standards, we worked hand in hand with the developers from GIANTS Software. We shared with them our blueprints and accompanied them for the integration of each vehicle and each equipment.” 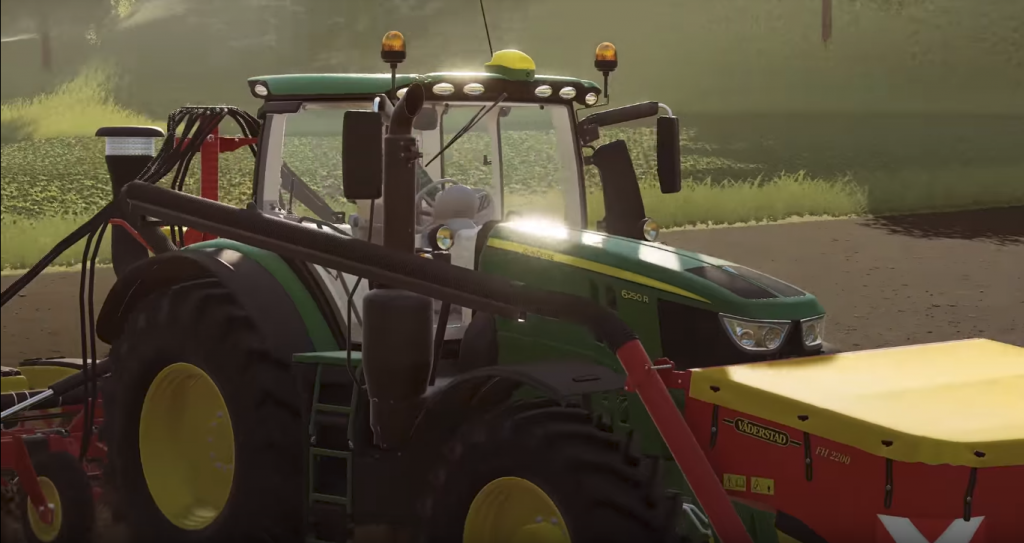 The John Deere spokesperson also gave players a little tease regarding what they might expect to see from the popular green and yellow – when speaking about the 6250R (which was on display at Paris Games Week, and was previously shown in the “Harvesting Crops gameplay trailer), Bordes indicated that “Other ranges of tractors will be playable in-game like 6M, 7R, 8R, and 8RT tractors, as well as the T560i harvester, and additional surprises to be revealed.”

And additional surprises to be revealed. Seems like we’ll all be on the edge of our seats to see if those surprises are revealed before the release of Farming Simulator 19, or if we’ll have to wait and see what that might have meant. I, for one, believe that GIANTS will show off whatever else they’ve got up their sleeve before launch…but only time will tell!

Be sure to stay tuned to Scholarly Gamers for everything related to Farming Simulator 19 as we grow ever nearer to its release!

Streaming Fundamentals: Where Do I Stream To?