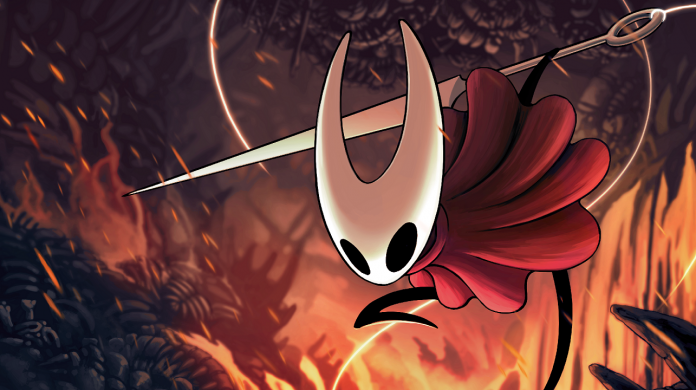 Leading up to Valentine’s Day, we knew Team Cherry was cooking up a special surprise for us. Now we know just how good they treat their valentines.

Introducing Hollow Knight: Silksong! Intended as a new piece of DLC starring Hornet,a nimble frenemy from Hollow Knight, the 3-man dynamos at Team Cherry decided that Hornet’s new adventure was “too large and too unique to stay a DLC“. In classic Team Cherry fashion, they have decided to spoil us by turning Silksong into a full-blown sequel.

Players will have an entirely new insect kingdom to explore with an updated arsenal of tools, traps and weapons. Expect to see new towns and characters dripping with that signature Hollow Knight charm. No word on a release date quite yet, but it will be worth the wait to be slashing and dashing against gorgeous scenery surrounded by Christopher Larkin’s incredible score again.

Hollow Knight flew under the radar when it was first released in 2017 but found a second wind when it was ported to consoles in 2018. Exploring the cavernous, interconnected labyrinth of the wonderfully detailed Hollownest made Hollow Knight the reason why I spent so much time with my Switch last year. After gorging myself on the beautiful hand-drawn graphics, hauntingly beautiful soundtrack and lighting-fast action, I am more than ready to head back into the lush subterranean depths Team Cherry’s insect kingdom.