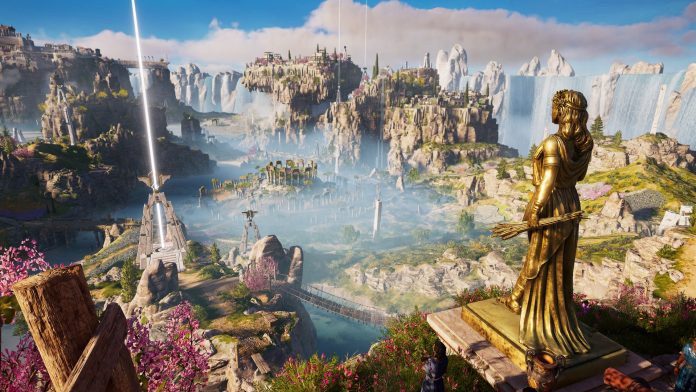 Ubisoft are showing that they know how to pack a Season Pass full of content, with the release of The Fate of Atlantis; the second post-launch story arc for Assassin’s Creed Odyssey.

The Fate of Atlantis DLC marks the second major narrative that Ubisoft have released for Odyssey’s season of content, which was already a substantial package. The Fields of Elysium is the first episode in what will comprise three stories that take the player deep into the mythologies of Ancient Greece and away from the relative certainty of Athenian shores.

Throughout Fields of Elysium, players will continue their odyssey in the Greek afterlife to uncover the great mysteries within the ancient realms of the gods. The first chapter introduces players to the paradise of Elysium, an otherworldly realm of luscious growth and no conflict, ruled by the goddess Persephone. As the story unfolds, players uncover its sinister secrets while trying to unlock the power of the Staff of Hermes to find a way out of Elysium. Helping Hermes, Persephone’s friend Hekate as well as the human Adonis, players uncover the true nature of Elysium as it inevitably descends into civil war.

Even before the latest addition to the Season Pass, Assassin’s Creed Odyssey‘s pass had a considerable wealth of content in relation to it’s price. For $49.99 CAD($39.99 USD) you get access to two major episodic storylines — Legacy of the First Blade and The Fate of Atlantis — in addition to the ‘Secrets of Greece’ bonus mission. The pass also includes Assassin’s Creed III Remastered and Assassin’s Creed III Liberation Remastered (including all DLC for both games), which released across Xbox One, PlayStation 4, and PC on March 29, 2019.

There are two different ways that players can access Fields of Elysium, which will allow people who have not completed the main storyline — or simply those who want a separate adventure from their main campaign — a way to jump right into the DLC.

If you’re trying to access the Fate of Atlantis organically, players will have to complete the questline ‘Between Two Worlds’, the mythological main game story arc, and ‘Heir of Memories’, the Lost Tales of Greece questline, that is available after completing ‘Between Two Worlds’. Finally, they must have reached character level 28 or above.

Otherwise, players will be able to use a shortcut created specifically for those who would like to play The Fate of Atlantis and who do not fulfill all the above conditions. Players will enter Assassin’s Creed Odyssey at level 52 with preset abilities and resources enabling them to start their adventure into the afterlife with the Lost Tales of Greece questline ‘Heir of Memories.’ They will also have the opportunity to choose their hero. However, contrary to the previous option, player progression using the shortcut will not carry over to the main game save, and they will not be able to obtain achievements.

Stay tuned; Scholarly Gamers will be diving into Elysium to bring you our review of Episode 1 of The Fate of Atlantis next week!