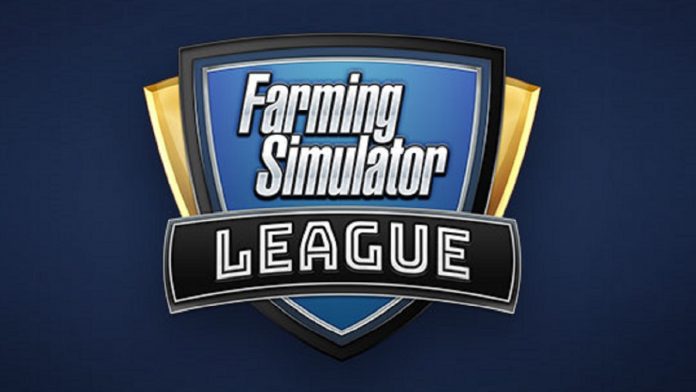 On January 23, 2019, GIANTS Software shocked many in the gaming world when the developer announced the Farming Simulator League (FSL), an eSports league based on the latest release of its popular franchise, Farming Simulator 19. Since that announcement, details on how exactly teams would compete with each other and the way the league would work have been relatively scarce. That all changed on June 5, as GIANTS hosted a live stream revealing a smattering of new details about how the league’s individual tournaments will work, how teams will earn circuit points to determine the overall standings, and what it will take to reach the FSL World Championships.

The FSL will consist of 13 league play tournaments, in which teams will compete for both prize money and circuit points. The majority of these tournaments will be “offline” and require players to physically attend, while a handful of online tournaments will allow players who may not be able to travel to the various venues to try their hand at the competition as well. Offline tournaments will be held throughout Europe, with confirmed locations in Germany, Switzerland, Poland, and France so far. At the approximately 10 offline and 3 online tournaments (GIANTS indicated these plans have not been officially finalized as of yet), eight seeded teams will be guaranteed to play in the “best-of-8” section of each tournament, while all other teams will be entered as “wild card” teams, and will need to earn their way into a matchup against one of the seeded teams.

Each tournament will begin with all wildcard teams going head to head in order to qualify for the “play-ins” – once 8 teams have been crowned the best of the wildcard teams, those 8 teams will play against one of the seeded teams in a “best-of-one” to determine which team will go to that tournament’s final rounds. In a similar fashion to traditional sports and other eSports leagues, final placement at the tournament will determine how many circuit points each team gets. Circuit points will contribute to each team’s position in the overall standings; once the 13 tournaments have been completed, the top 16 teams in the standings qualify for the FSL World Championships.

The 8 seeded teams are fielded by manufacturers of various brands in Farming Simulator 19, including Bednar, Horsch, Krone, and others. These teams may be made up of company employees or highly-skilled players (found through last year’s Farming Simulator Championship, for example), depending on the team. GIANTS likens this system to that of Formula 1, where manufacturers such as Ferrari and McLaren field teams of their own. Allowing wildcard teams a fair chance at performing well in tournaments is sure to bring some added excitement, and GIANTS’ Community & eSports Manager Lars “Lisertan” Malcharek stated that:

“It won’t be easy being a wild card team, but you have the chance to show the world that you are good at it…and if you make it to the final 8, as I said a couple of times, it should be enough maybe to make it to the top 16 and then you’re in.”

Teams can have up to 7 players on their roster, with only 5 allowed to be active on any given tournament day – at each tournament, every team will be allowed to bring its 3 active players, one coach, and one substitute player. Players may be swapped in or out of the active roster between tournaments, but not during a tournament. Rosters must be locked in two days before a tournament.

So how will the game itself work? How has GIANTS turned a game about tending crops and driving tractors into a competitive experience? GIANTS has now revealed its brand new FSL client: a specially-designed game “DLC” that truly changes the game, but at the same time remains true to its core gameplay elements.

The ultimate goal of each match in the FSL is to deliver as many bales as you can to a given location – each bale gives you a certain number of points. How this is done, however, is somewhat more complex than it sounds. Each match is a 3v3, head-to-head matchup between two teams, and the team that scores the most points wins the match. The teams will play on the same map together, and while they can’t interact directly (such as running into each other with tractors) due to being separated by physical barriers, there are a couple of mechanics which allow teams to indirectly impact the performance of their opponents through bonuses and penalties.

First up is the “pick and ban” phase, which mimics games like League of Legends – but instead of picking heroes to use on the battlefield (and restricting the use of others), teams will have the ability to choose which tractors they’d like to use, and which they don’t want their opponents to use. Then teams will select their “Power Plays”, small perks that make certain aspects of the competition a bit easier. Once that’s complete, the action phase of the match begins. It starts with teams racing to acquire harvesters and balers, which are crucial to their success (harvesting leaves straw behind, which can be pressed into bales). Players then work to harvest their crop, create bales, and deliver them as quickly as they can.

A number of additional factors come into play at this point. Using a conveyor belt to deliver bales instead of simply placing them inside the open barn door will provide additional points based on your multiplier – selling wheat provides that team with a multiplier on the points awarded for each bale delivered via the conveyor belt. The more wheat you sell (and the higher your multiplier), the slower your conveyor belt moves (and your opponents’ will move faster). However, reach the maximum multiplier and your opponents’ conveyor belt will overheat and stop altogether until they increase their multiplier by selling some wheat. Drawbridges that all raise up for several after someone drives across one of them can disrupt the opposing team’s pace. After 15 minutes, the match ends and the team with the most points is declared the winner.

And there are good reasons you’ll want to win. Each individual tournament has a prize pool of €12,000, and the FSL World Championships has a prize pool of €100,000 – for a total of €250,000 in prizes. Players will certainly be hard at work practicing now, as GIANTS has indicated that the FSL client is available as a free download to anyone who signs up as a player on the FSL website (though it’s playable only on PC), and there are also dedicated servers located in the International server section of the game’s multiplayer menu, which are available for players to try their hand at the competition.

The action shown in the introductory trailer is fast, frenzied, and fun. I didn’t have any idea how GIANTS would modify the game to make it an eSport, and I can honestly say that today’s introduction has me incredibly excited to see teams trying various strategies and pushing the limits of what Farming Simulator means. Stay tuned to Scholarly Gamers as we learn more about the FSL! 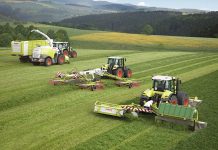