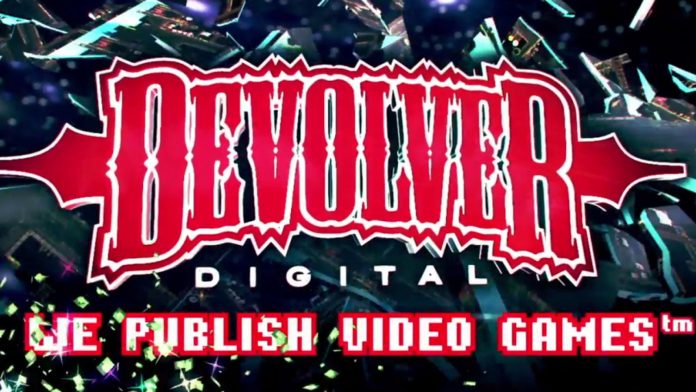 E3, a beautiful time of year that for many of us is the next best thing to Christmas. A wildly anticipated several days where coming down the chimney we get everything from beautifully crafted masterpieces and long-anticipated remasters of games long past, to empty promises and the occasional apology; occasionally related to the aforementioned masterpieces.

And then last night we had Devolver Digital cut out the “masterbatory shows to fit the egos of frickhole marketing suits”, instead opting for “skipping the criminy, bullhockey sons of biscuits and go right to the public.”

I think what they are trying to say is this: When it is so easy for anybody to be invited right into your living room, why waste time with the awkward, staged theatrics? The big flashy conferences filled with screaming faces in the crowd are more and more becoming a thing of the past.

Sony CEO Shawn Layden iterated that “The trade show became a trade show without a lot of trade activity. The world has changed, but E3 hasn’t necessarily changed with it.”

Nobody has embodied those words better than Devolver Digital.

Never one to play by anyone’s rules, Devolver Digital is not planning on starting now just because it’s E3 season. On their website, DD describes themselves as “Purveyors of fine digital entertainment wares from independent video game creators worldwide” and you bet your biscuits they live up to that reputation. Specializing in publishing creative indie gems, that would likely never see the light of day otherwise, we have them to thank for bringing delightfully creative titles like Hotline Miami, The Talos Principle (my all-time personal favorite puzzler), and Gris to our screens. The gaming world is enriched by the unique visions that they push to the forefront.

That drive to always be pushing boundaries, to always be searching for the next weird new thing even extends to their E3 conference, if you could even call it that. A psychotic, Lynchian fever dream taking place live from inside the head of their faux-CEO continuing their bizarre E3 narrative from last year. If you haven’t watched it, go do that right now. It’s only 24 minutes, it does not overstay it’s welcome and every second is wildly entertaining even when they aren’t showing off exciting upcoming titles like slow-mo shooter My Friend Pedro, reverse horror game Carrion and a light-gun arcade cabinet Enter the Gungeon: House of the Gundead.

And isn’t that exactly what an E3 conference should be?