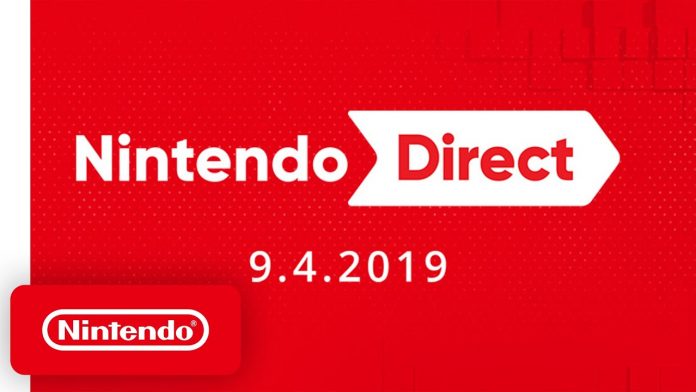 Hello to all you Scholarly Gamers out there! I’m new around these parts so allow me to briefly introduce myself. My name is Zac Oveson, and I’m an avid JRPG fan and a sucker for fighting games. But that’s enough about me for now; let’s get into why you’re here: a break down of yesterday’s Nintendo Direct!

Nintendo’s presentation started strong with the announcement of Overwatch for the Nintendo Switch, something that’s sure to excite FPS fans. As many likely saw, this was leaked in rumors that were circulating in advance of the official announcement, and has been speculated about for quite some time. For all the Overwatch fans out there, having the ability to jump into a match while you’re out and about is going to be an amazing feature.

If you’re a little strapped for cash, but want something new to try out on your Switch, Super Kirby Clash is the latest free-to-play game for the system. Actually, the game is technically “free to start” but we are unsure at this time exactly what that means; it will likely have additional levels or characters available for purchase in the future. At launch however, it has over 100 quests that you can play solo or with your friends. It was also made available yesterday immediately after Nintendo Direct, so you can head to the eShop and pick it up now.

For all of the Smash Bros. fans out there, Banjo and Kazooie were released yesterday for Super Smash Bros. Ultimate, with a demo video provided by Masahiro Sakurai himself. In the video he detailed the new jiggy-juggling duo, and surprised everyone by recommending that people play the original game on Xbox. Microsoft bought the rights to Rare back in 2002, but as noted by Sakurai during his presentation, the publisher allowed the pair to make their appearance back on a Nintendo system to join the fray in Smash Bros.

We also got a glimpse and a nice little introduction to the newest Smash addition, SNK’s Terry! Terry was introduced in Fatal Fury: King of Fighters, an American fighter who enters the worldwide tournaments called to kill Geese Howard, a criminal who killed Terry’s father. With this newest addition one has to wonder if we’ll see Geese make an appearance in the future.

For all of our Poké Fanatics out there, some new features for the upcoming Pokemon Sword and Shield were announced that have us even more excited for the next generation. We got a look at the Pokémon Camp, which will allow you to play with your Pokémon, boosting their effectiveness in battle. A newly implemented cooking system with over 100 different types of Curry on Rice was also introduced, which would make even Brock salivate in anticipation.

The big reveal though was the two new Pokémon that were revealed during the showcase. We were introduced to ‘Polteagiest’, a new Ghost type Pokemon, with a body made of tea and a special ability called Weak Armor. The second appearance was a flying/water type named ‘Cramorant’; when this Pokemon uses Dive or Surf it triggers his special ability Gulp Missile, which acts as a sort of counter if the Pokémon takes damage.

Well that wraps up our Nintendo Direct September 4th coverage! There were a lot of games shown off that we ddin’t get a chance to discuss here, and some really cool features to look forward to! If you missed it, or you just wanted to watch it again, you can check out the full Nintendo Direct showcase below.

Error Machine Podcast 106 – The Legend of Zelda: Breath of...