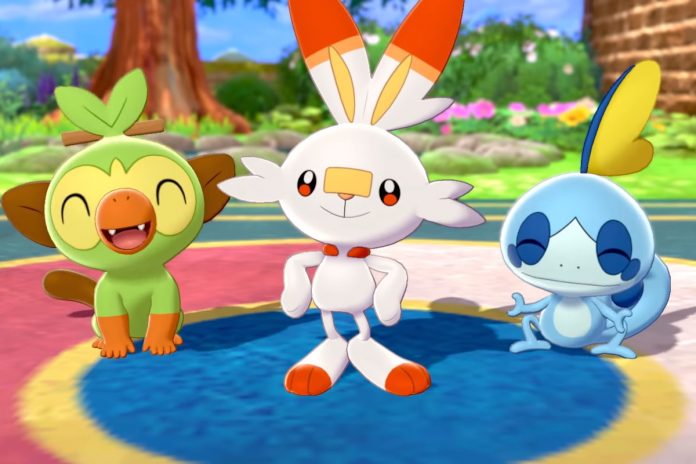 The Pokémon Company announced today that they are launching the Pokémon HOME cloud storage system in February, which will make it easier for trainers to keep all of their Pokémon from every game safe in one place.

Pokémon HOME will allow players to transfer Pokémon between their 3DS and Nintendo Switch systems, something that many trainers had lamented about with the removal of the National Dex from Pokémon Sword/Shield. While this doesn’t completely upend that change, it will make it much easier for players to transport some of their favorite pocket monsters to newer titles. It’s also worth noting that Pokémon transferred to HOME will be registered in the National Dex.

The blog post details many of the features surrounding the new cloud-based storage system, which will allow players to take their Pokémon from the old Pokémon Bank — remember that 3DS app that allowed you to store your Pokémon for transport between games — and transfer them to the Nintendo Switch through a mobile device. The service doesn’t come without some caveats however; specific Pokémon still need to be supported by the game that you are transferring them to, and that Pokémon cannot be transferred back once they have been moved to a game.

There are four different ways that players can use Pokémon HOME to trade their Pokémon with other players, including a “Wonder Box” that will function even when HOME isn’t in use and similarly to Wonder Trade, as well as a Global, Room, and Friend Trade which will allow you to specify which Pokémon you want to trade, and with who.

The Pokémon Company also announced that there are plans for Pokémon GO integration with the new service, but fell short of detailing exactly how Pokémon from the mobile game would integrate into the Switch titles fully.

While it will be launching as a mobile app, Pokemon HOME will also be available on the Nintendo Switch, but will be relegated to servicing Pokémon Sword/Shield, and Pokémon Let’s GO Pikachu/Eevee.

The service will start at $2.99 USD per month — $4.99 for three months, and $15.99 for a year — and will be launching at some point in February 2020. It will be free for the first month for all users, but certain integral features are locked behind a Premium Subscription. A paid subscription is required to transfer Pokémon from the Bank — and thus any 3DS games — which means that you would essentially be locked to storing only Nintendo Switch Pokémon in the HOME system. Free users are also relegated to 30 storage spaces in the cloud, whereas Premium members will receive a whopping 6,000. You can see all of the differences between the plans below.

It’s clear that the majority of useful features are locked behind a paywall, but the price of $15.99 per year at least isn’t an astronomical one for people who would get a lot of use out of the service. Many may only need it for a month or so, to bring all of those Pokémon forward from the wealth of 3DS games that were released over the system’s lifetime.

What do you think of the new Pokémon HOME cloud storage system? Let us know in the comments below!

Team 17 Bringing Automachef Out of the Kitchen Summer 2019