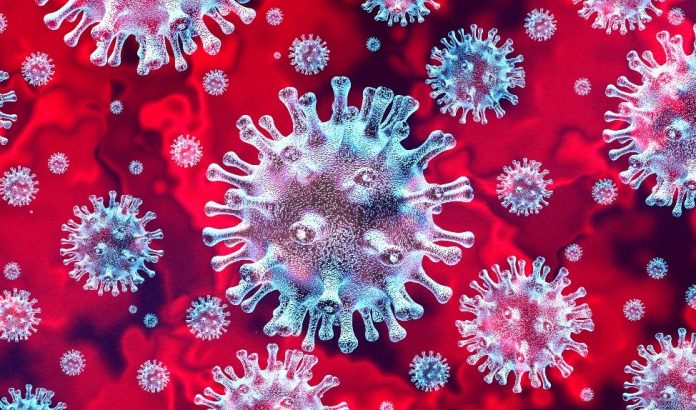 As the coronavirus continues to spread and cases are reported in at least 15 countries other than China, some gamers are turning to Plague Inc., as the developer warns against using their game as a source of information.

The implicit connection between video games and reality has always been something that’s been viewed in very different ways by those inside and outside of gaming communities. Whereas those on the outside often consider video games an escape from reality, many of us who dedicate much of our time to gaming — and especially those within the Scholarly Gamers community — often look at games through their connection to the world we live in.

Without the ability to experience events of historical importance firsthand, video games often offer their players just that: a way to garner some firsthand experience on a subject that otherwise could only be learned about through books or educational videos. This of course comes with a caveat that what the player is experiencing is still a digital facsimile of a real experience, but one which that person would otherwise have not been able to have a more hands-on experience with.

To those in the gaming community, it may come as no surprise that amidst concerns of the spread of coronavirus, many gamers are turning to the virus sim Plague Inc. The sim has always had a solid player base, thanks in part to its unique gameplay, but developer Ndemic Creations reported last week that they have seen an upsurge in their player base since the outbreak of coronavirus. The inherent problem with gamers looking to Plague Inc. as an information source is that unlike gamers’ abilities to educate themselves through certain games, Plague Inc. is strictly an entertainment sim. While the game follows the logic with how viruses mutate and spread, it is not rooted firmly in science and should in no way be taken as a factual representation of how coronavirus could spread.

Plague Inc. was initially released in 2012 for mobile devices, and then spread to PC and consoles in subsequent years. The virus management simulation game allows players to take control of various types of infections — bacterial, virus, fungal, parasitic and more — and mutate these diseases in an attempt to eradicate the entirety of Earth’s population. While it can certainly be an entertaining sim most days, it doesn’t serve as the best indicator for actual virus transmission.

Developer Ndemic Creations has already released a statement on their website and Twitter, in response to being contacted by numerous players and media outlets.

Plague Inc. has been out for eight years now and whenever there is an outbreak of disease we see an increase in players, as people seek to find out more about how diseases spread and to understand the complexities of viral outbreaks.

We specifically designed the game to be realistic and informative, while not sensationalising serious real-world issues. This has been recognised by the CDC and other leading medical organisations around the world.

However, please remember that Plague Inc. is a game, not a scientific model and that the current coronavirus outbreak is a very real situation which is impacting a huge number of people. We would always recommend that players get their information directly from local and global health authorities.

There is actual predictive modeling software such as Infectio and Pandemix that exists in the academic world and which is used by virologists to try and predict the outbreak size, speed, and transmission concerns including mutation possibilities. The Imperial College London has already issued a series of modelling reports on the coronavirus outbreak, which were shared with the World Health Organization (WHO) and governments last week.

The coronavirus was first detected in Wuhan, in Hubei province in China, on December 31st, but has since spread to every Chinese region according to a report by BBC News this morning. The entire province of Hubei, which is home to 60 million people, is currently in a state of lockdown, with many industries shut down to attempt to decrease the spread of infection. It is widely believed that coronavirus originated in a fish market, where the virus mutated and made the jump from an animal to a human. It is thought to have possibly originated in snakes, but that has yet to be confirmed.

The most recent reports indicate that the coronavirus has infected over 8,000 people in China, with a death toll of 171 people. There have been reported cases of the virus in at least 15 countries globally, including Japan, Canada, Germany, and the United States. With its current infection rate, virologists have reported that it is spreading faster than the SARS outbreak in 2002, but has a lower death-rate in comparison to the other outbreak.

The coronavirus has been largely contained within China, with several countries having repatriated their citizens from the region through special chartered planes and disinfection protocols that were set up individually by each country. Just this morning Russia has closed its entire 4,200km border with China, Italy has quarantined a cruise ship of 6,000 people over concerns, and many countries have suspended flights to and from China.

What’s important is that people get their news from a reputable source, and in times such as health emergencies, leave video games for entertainment. Games can be a integral source of education and have the ability to give that feeling of firsthand experience. Even though Plague Inc. has been commended by the Center for Disease Control (CDC) for its “ability to teach the public about outbreaks and disease transmission” it’s important to remember that was in a far more nuanced sense than concerning an actual, real-time outbreak that the world is currently grappling with.