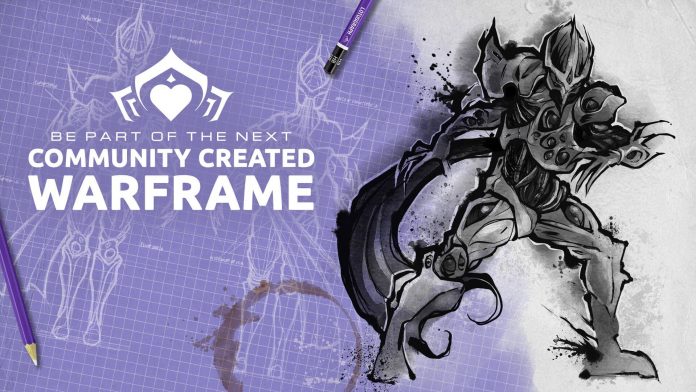 In celebration of Warframe’s seven-year-anniversary, Digital Extremes has put the design for their next frame into the hands of the community. Asking all creative Tenno to submit their best ideas, the developer has called for user-created submissions. The Warframe anniversary event promises fun and rewards for players old and new, throughout the month of March.

Warframe is a free-to-play online co-op game based around suits with themed abilities. The player is a Tenno: a warrior left over from an old war who has mastered the way of Warframe armor. Each frame has different powers, mods, abilities, and designs. Much of the armor is able to be customized cosmetically. At the time of this article, there are 42 Warframes available, not including the more powerful Prime versions of some.

Seven years ago, the Tenno community had a hand in designing another frame: Nova, the frame based on antimatter abilities, was the result. This year’s contest will be the second community-generated frame. The Warframe anniversary event is a great opportunity for the creative Tenno, as Digital Extremes said that there had been many great suggestions for frames over the years. They want to see what the community can bring to the table.

Those interested in submitting a design have until March 19th. Submissions are just the first design phase. Once the top ten designs are selected, the decision will then be narrowed down to one by the Community Design Council. The winning frame will be generated by Eornheit. The community will help decide on abilities. All will culminated with the person behind the chosen idea being invited to TennoCon 2020, where the new frame will be debuted.

Other parts of the anniversary celebration include a free set of Dex Raksaka armor, with events every weekend to earn extra Dex rewards. Limited edition, anniversary-themed merchandise is also available. Warframe is available for free on PC, PS4, Xbox One, and Nintendo Switch.

JungleDrums: Ep 68 – Warframe Switches it Up