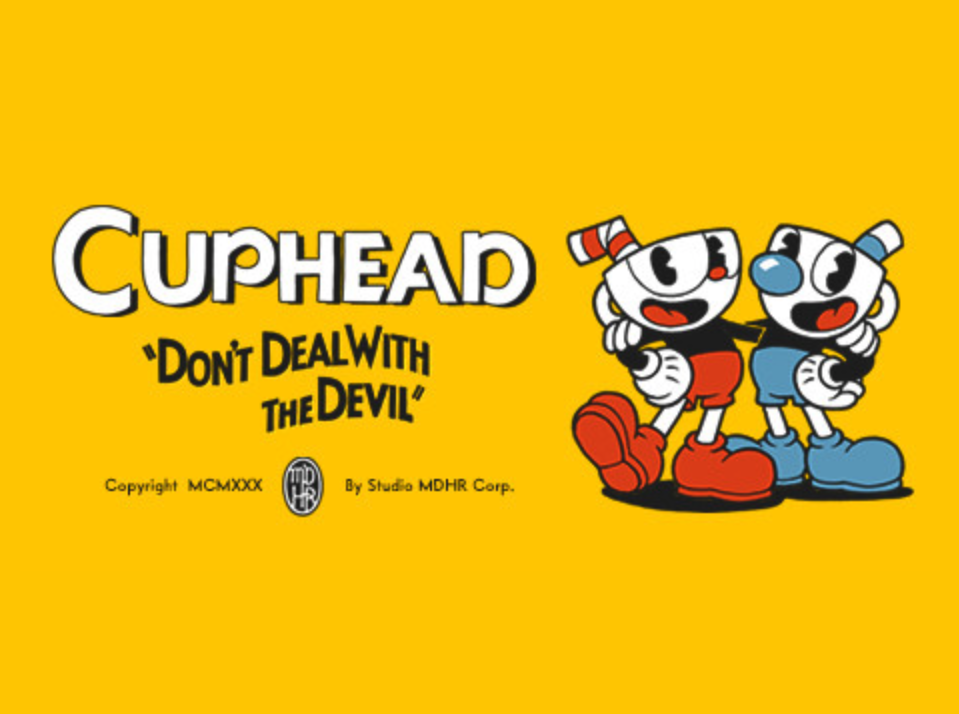 Cuphead has been on my radar since it was first talked about years ago. At first glance it looked like a game brimming with potential. This made me wary to be too excited, as it is being published by a smaller developer and sometimes great concepts are hard to execute on small budgets with small teams. Studio MDHR did one hell of a job of blowing my tempered expectations out of the water.

For those of you not in the know, Cuphead is a 2D platformer/boss-rush game in the styles of 1930’s rubber band cartoons. You play as the titular character, Cuphead (and his co-op only cohort Mugman), hopping around surreal cartoon landscapes reminiscent of Steamboat Willy and old Walt Disney Cartoons; using a finger gun and an arsenal of ammunition you do the Devil’s bidding, taking out debtors to save your own soul.

The main menu is deliberately sparse, pushing players to get into the game quickly. Upon starting the game, players are introduced to Cuphead and his precarious situation through a series of single panel slides. After learning of Cuphead’s deal with the devil, players dive into a brief, yet informative and aesthetically pleasing tutorial to learn how to control Cuphead. From there the real adventure begins.

Cuphead is an incredibly polished game. From the introduction onwards, the game consistently looks, sounds, and plays like a game that has been laboured over by people who would settle for nothing less than their best. The hand-drawn characters and hand-painted backgrounds are more than just inspired from early cartoons. They look like some of the most surreal cartoons to come out of the early days of animation, with bizarre situations arising left and right, from zeppelins riding unicycles turning into astrological signs to industrial bee police officers protecting their queen who can turn into an aeroplane. 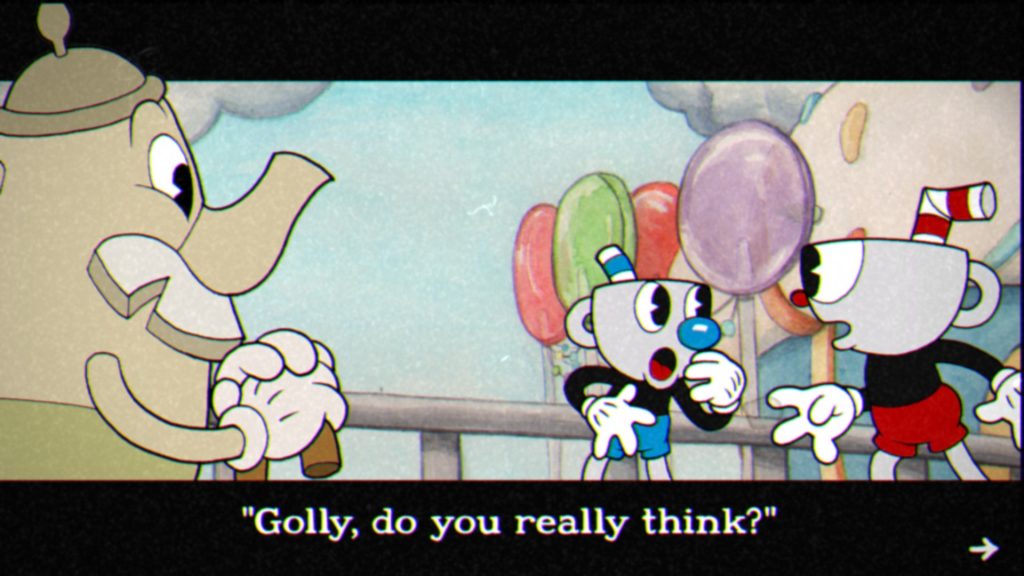 Aesthetically the game is a joy, and the same can be said about gameplay. The controls are tight and responsive, which, given the platforming nature of this game, is critical. The ability to customize the control functions is great, especially for keyboard players like myself. Cuphead is given a variety of controls at his disposal. Beyond moving and jumping, he is capable of shooting in the 8 cardinal directions, he has a dash/dodge, a parry ability that can be used on specific enemies or projectiles, and a special ability that can be used after being charged by damaging enemies or parrying. All of these controls come together incredibly well, giving players the ability to find a play style that fits themselves.

Cuphead gameplay is divided up into 3 main components. The overworld, where you march your character around, talking to NPCs, visiting shops (although it appears to just be the same shop following you around) and selecting from the 2 different level types, Boss fights and “Run and Gun” adventures. Rather than put bosses at the end of adventures, Bosses are their own levels entirely. This division allows the game to be ruthless in how the bosses fight you, and allows the game to withhold checkpoints. 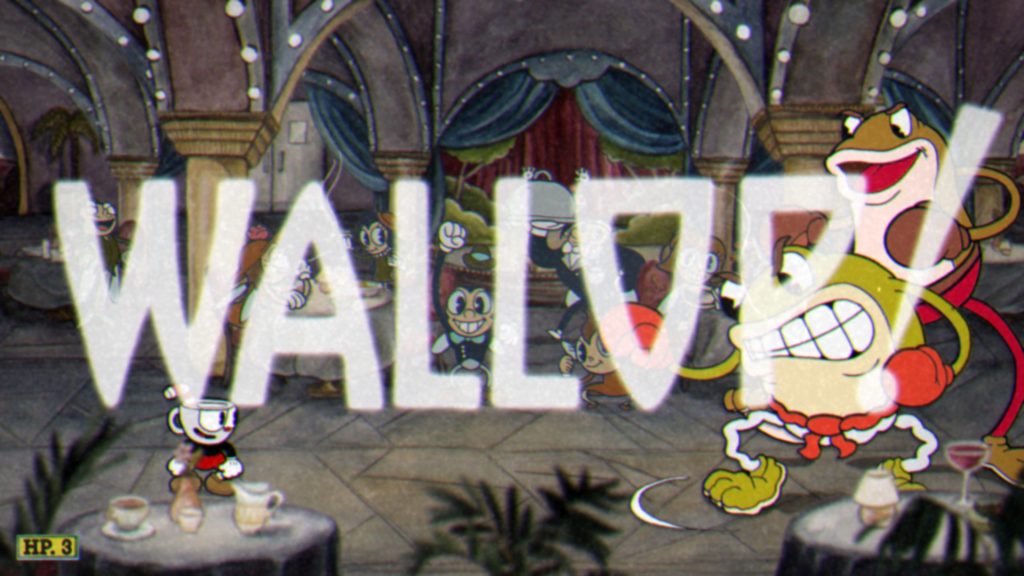 Cuphead is not an easy game. Boss fights are tough, spanning several phases, and adventures offer lots of quick thinking puzzles that punish players swiftly and severely, often one mistake early can make all the difference when you are closing in on the end of a level. The difficulty is amplified by the fact that failure means running the whole level over again.

Although difficult, the game rarely pushes the threshold on frustration. Beneath the charming animations are patterns that, when noticed, offer solutions in boss fights and adventures. Unlike other games lauded for their difficulty like the Dark Souls series, Cuphead wants you to win. I have died nearly 200 times on my playthrough of Cuphead for review, but never have I blamed the game. It is always something I didn’t notice or I screwed up, never the game simply being too difficult or an impossible RNG situation. It is easy to understand how someone might get frustrated trying to play and beat this game if pattern recognition isn’t their strong suit. 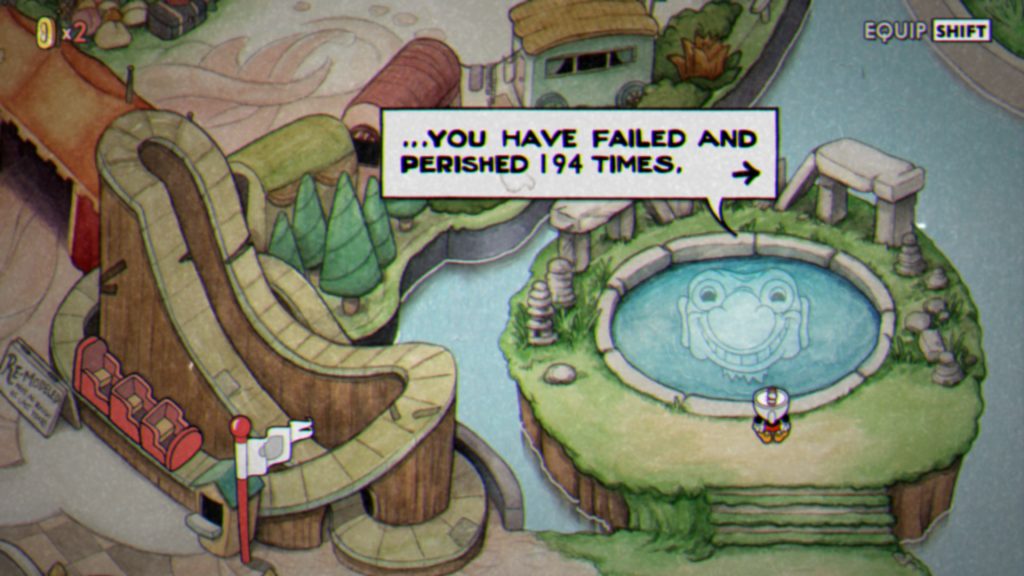 I’d be doing everyone a disservice if I didn’t rant about the Soundtrack for Cuphead. The soundtrack, much like the animation style, is directly inspired from the 1930’s. Music ranges from a single piano playing softly, to a barber shop quartet, to big band swing. Every level has its own song, and every level’s song fits the mood and theme amazingly. From cadence to tone, Cuphead’s soundtrack was evidently carefully created to match the game’s aesthetics, and is a joy to experience.

Overall, Cuphead is one of the best games I have played in 2017. Studio MDHR did an amazing job of producing a game that deserves every bit of respect and praise it receives. Cuphead is just another example of a small studio putting forth some of the best, most original and inspired content on the market. I look forward to many fun-filled hours with Cuphead, and I am excited for what Studio MDHR has in store for players in the future.

Studio MDHR delivers a knockout with Cuphead. from game play, to aesthetics to music, Cuphead never fails to impress. It is truly a game worth putting in your library to enjoy.