Gamers can jump into RPGs at almost any stage in life, and we’ve seen a variety of different styles of educational games released to the public, but not many in the role-playing genre. Sydney’s World by Wise Dad Games, released in 2016, aims to focus specifically on young children. The developer suggests that children play the game with an adult for help with the puzzles within the game. Wise Dad Games created this project to be an educational platform, promoting reading and problem-solving through the video game medium.

Sydney’s World looks like a standard RPG Maker project with simple tileset graphics and scripted events. The characters are small, pixel-based figures while they traverse the maps, but during scripted events, however, full-scale art shows off the designs of each characters. Key characters like Sydney and Snowball the Elf are fully voiced, which is a nice addition. Princess Sydney Sweetbear is the little girl at the center of the story, daughter of Dad the Wizard. You play as Snowball the Elf (who was once a toy), and must rescue Sydney, who was kidnapped by the nefarious Nilrem and taken to a dungeon in a different realm. Teaming up with Dad the Wizard and other friends is just the beginning of this educational journey. 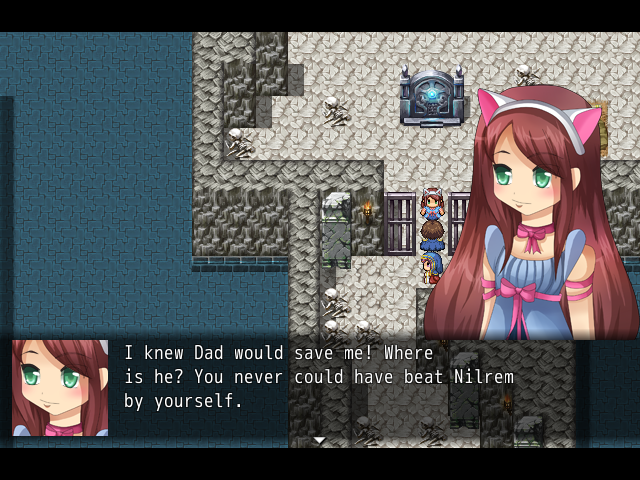 Art and music are important in any game, and Sydney’s World offers both in strides. Unfortunately, the tiles are a little awkwardly pieced together, and the music feels too stock-y. The battle system is also simple, but this is a good feature for child gamers who might get confused by RPGs with normally complex systems. Dogs are chosen to present tutorials, advice, and warnings to players, which help them navigate through puzzles easier. Listen to the pups’ advice, especially when it comes to keeping a back-up file.

The puzzles themselves are perhaps a little too difficult for the child audience Wise Dad Games tries to appeal to; some solutions seemed arbitrary or incomprehensible. For example, while traversing a narrow hallway, dead ends stop the player. They must try to interact with four orbs on columns hidden off to the side. Outside of this, there are no hints that might uncover a solution. This is where the Help section on the game’s Steam Community page for Sydney’s World comes into play. It’s referenced in-game as a resource, and indeed it was very helpful when navigating the more challenging puzzles. Another aspect that falls flat is the dialogue: it is simplistic and not very engaging. This is a game for younger audiences and their parents, so one could expect it to read like a children’s book, but some dialogue feels unnecessary or rudimentary. 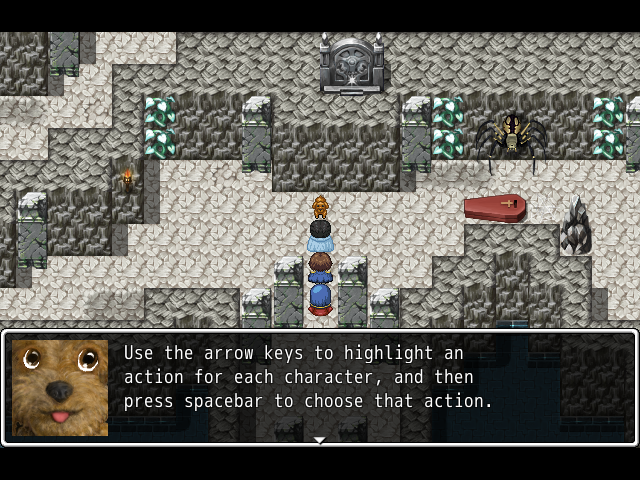 Looking at Sydney’s World more technically, the controls are unusual, clunky, and easy to forget. The controls seem contradictory to most of the genre; great for kids just learning, not so great for the tried-and-true adults helping them along. As mentioned above, listen to the dog that recommends keeping a back-up file; there are a few game-breaking glitches that I personally encountered. Both of these issues  are things expected more from alpha builds rather than full releases.

Sydney’s World and Education: Thinking Critically at an Earlier Age

Now, while this review may seem outwardly negative, the fact remains that Sydney’s World is a bold step for educational games. In the past, the terms ‘educational’ and ‘video game’ have rarely gone well together (barring perhaps the Jump Start series and Humongous Entertainment’s Freddi Fish and Spy Fox titles). Other developers have released poorly made games marketed towards children just because they have colorful scenes and recognizable characters; titles about math and spelling problems or under-developed games with poorly coded word searches or virtual coloring books flood the market. Sydney’s World actually feels like a game with educational traits, rather than the other way around. It can behave like a budding gamer’s proper introduction to an RPG. Both child and parent can enjoy it, especially when solving puzzles and coaxing the little gamer along. 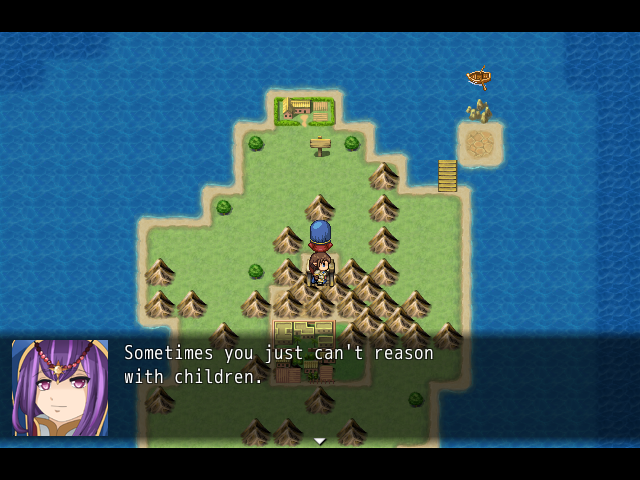 I’m a major advocate of all things that marry technology (especially video games) and modern education. Many of today’s schools simply do not encourage it, or only embrace certain aspects that they deem worthy. Sydney’s World is a major step in seriously introducing games – real games – to both teaching and learning.

In summary, this game has a phenomenal concept and should be exploited by more developers in the future. It has a noble goal and can certainly improve into an exceptional title. The controls, writing, and puzzles need work, however. A narrower focus on the target audience without losing that vital parent/child relationship would work well, too. If the developer manages to fix these issues in a future update, we may see future generations of gamers scrambling to play with their parents. They’ll be able to learn how to think critically without even realizing it as they work to rescue Sydney from the clutches of Nilrem.

Clunky controls and some game-breaking issues turn an adorable game and wonderful concept into a bit of a chore to navigate.