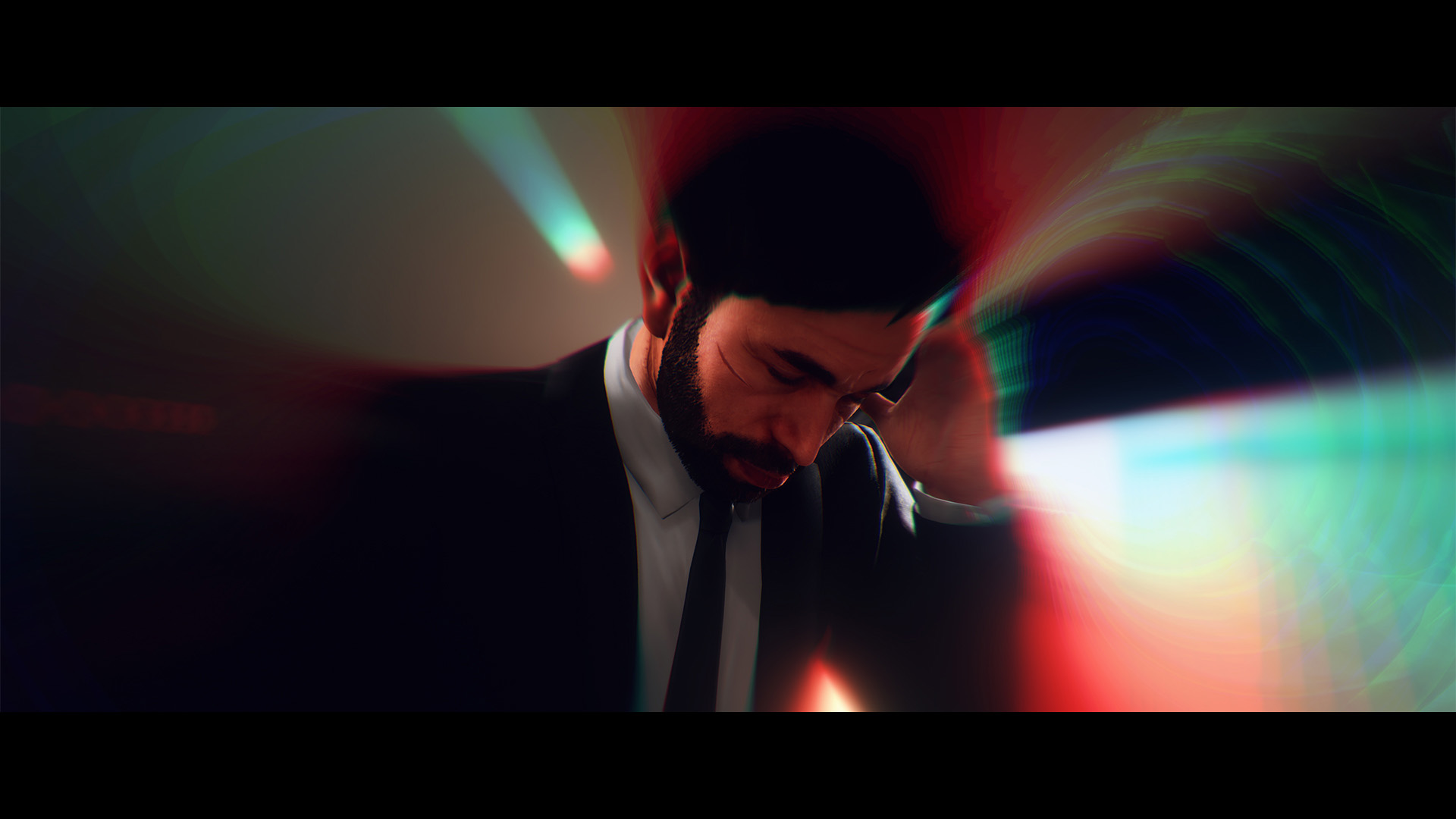 Released On: February 23, 2018 Genre: Third-Person Shooter/Stealth Reviewed On: PS4 Also Available On: Xbox One and PC

Past Cure is easily the worst game I have ever finished. 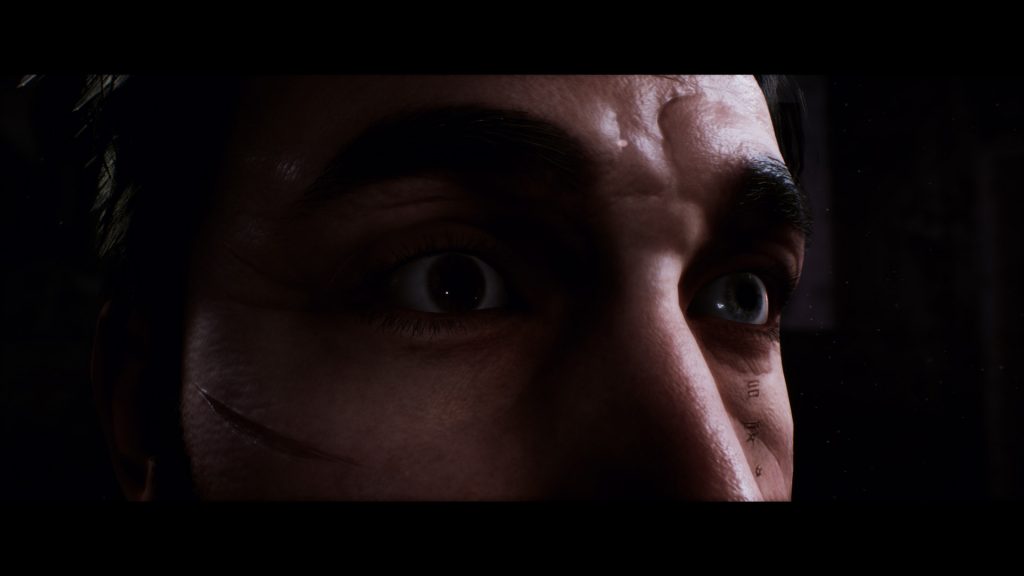 Past Cure centers around Ian, a man who wakes up with three years of his memory missing trying to figure out what happened during that gap. During the game, you work with your brother Markus over the phone and Sophia, a spy playing all sides. As the narrative progresses, you jump back and forth between fighting the supernatural in your nightmares and fighting through waves of enemies in the real world. All this to help discover what happened to your character during the “missing years”. Past Cure is the first game from Phantom 8 Studio; an independent developer headquartered in Berlin that has been working on this game since their founding in late 2015.

I will give Past Cure this: the game is incredibly ambitious. Instead of attempting to replicate a single franchise, genre or trope, the game tries to roll the best pieces from at least a dozen different genres of media together to create something new. It takes dream elements from Inception. It tries to be a supernatural action game much like Condemned, Silent Hill or Breakdown. You go through room after room of enemies à la The Raid. You engage in stealth like Sam Fisher in Splinter Cell. Your character is unstable like Max Payne. You additionally gain telekinetic abilities that are reminiscent of Second Sight or Mindjack. But none of these elements are fully-implemented or exceptionally well-realized through the game’s narrative or gameplay.

Instead of delivering on a nuanced story about finding out what happened to you during the years you have lost, the game tells the most confused and generic white male power fantasy I’ve ever seen. You’re a human guinea pig that must kill everything while dressed in his best suit (complete with pocket square) to get answers. Is it a game all about his supernatural abilities and white mannequins that haunt his dreams? Sometimes. Is it a John Wick-style revenge story where Ian kills everything in sight? Sure. Is it a story about taking down a corporation that experimented on you? I guess? The game is always confused about the story it wants to tell and stumbles all the way through telling it. 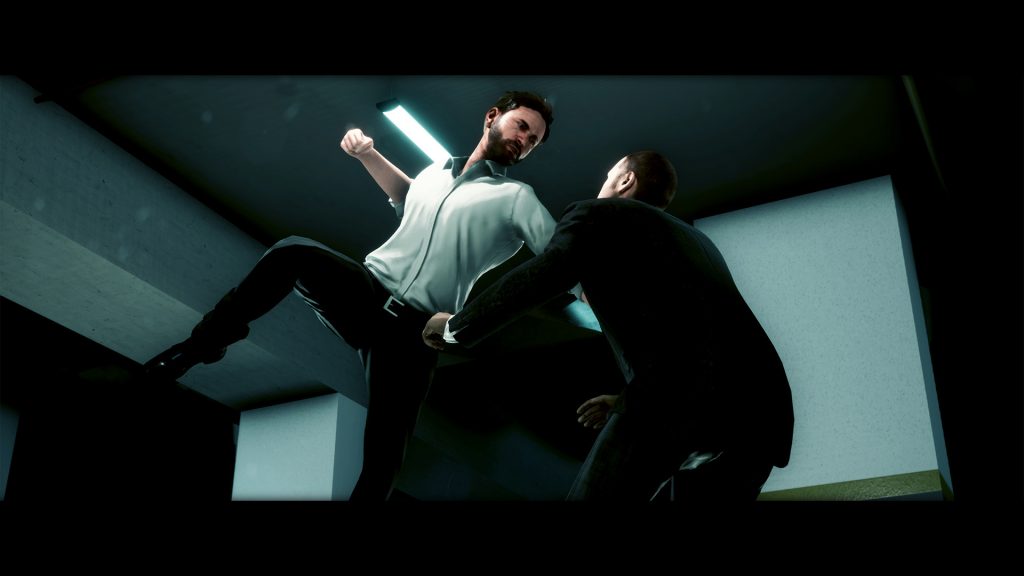 Even after playing through the game, many of Past Cure‘s major questions remained unanswered. Why does Ian have a distinct tattoo on his face? Who is really on your side? What really happened to you? What does Dioscura, the game’s generic evil corporation, want? None of these questions are fully answered. Even the game’s final sequence, where I was expecting all of these questions to be answered, is close to laughable. You don’t even find out the name of the major antagonist until his life-bar appears in the final encounter of the game. The game bites off way more than it can chew from a narrative standpoint and the ending it stumbles into is in no way earned, and was frustratingly inconclusive.

The game also handles sensitive material very poorly. While searching through the hotel room of one of the minor antagonists, you discover a stash of child pornography (link to the section of the game; contains spoilers and language NSFW). Both your player character and your main ally make incredibly blasé comments about the material. This out-of-place story item is mentioned in passing at one other point in the story as well.It’s insensitive and unneeded, especially considering how futile it is to the specific antagonists’ narrative and the game on the whole.

From a gameplay standpoint, Past Cure is a sub-standard third person shooter. It feels like a lesser Binary Domain or Dead to Rights: Retribution. The game becomes incredibly repetitive, flat and un-fun within the first thirty minutes of gameplay. For most of the game, you only have three weapons: a pistol, a pistol with a laser/scope and an uzi (although you get access to a shotgun in the final thirty minutes of the game). Your two held weapons are unsatisfying to shoot and hold very little ammo, meaning you’ll be looking around for ammo during encounters a lot. The gunplay is worsened by the fact that aside from the 3-4 “special” enemies, there are only around 6-8 other enemy character models, meaning you’ll be shooting the same enemies for most of the game. 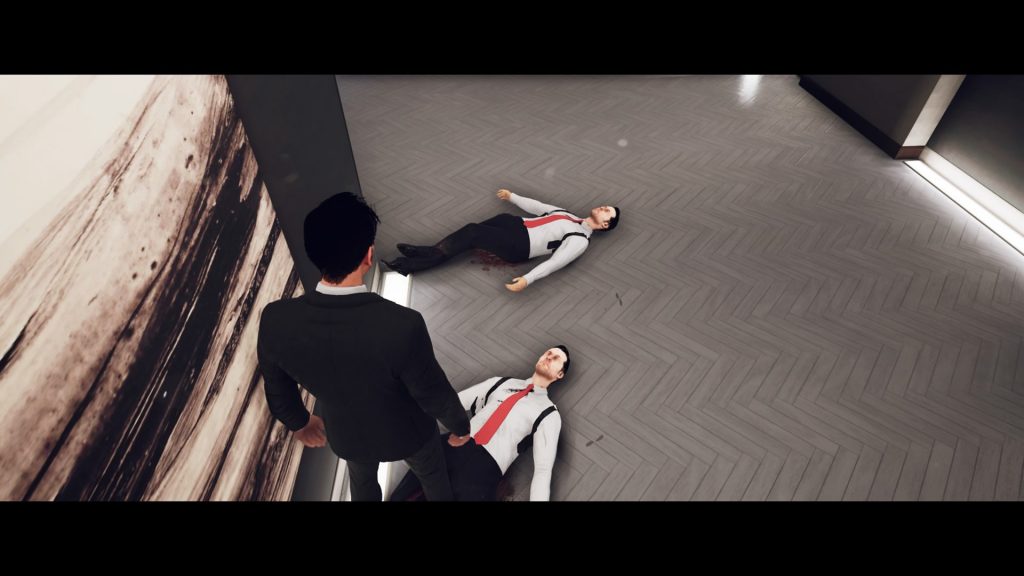 Due to his unexplained condition, Ian is in an unstable state of mind. To deal with it, he relies on “little blue pills” that fill and refill a sanity meter (no, not Viagra). These pills power your supernatural abilities. You have a “shift” power that allows you to move outside of your body to solve small puzzles and a time manipulation ability that allows you to slow down time to solve puzzle and shoot with precision. There’s no build-up or in-depth explanation as to why you have these powers. At about the one-hour mark, Ian just casually drops the fact that he has time manipulation powers.

The game also has doesn’t have a cover system. To avoid bullets, you have to hug cover which leads to more gameplay issues. For instance, when shooting from crouch behind cover, your character stands to shoot. When you’re done shooting, you fully expect your character to get back to cover quickly. But your character doesn’t immediately snap back to crouch, leaving you susceptible to headshots for a second after shooting from behind a low-wall. Combined with the game’s poor movement controls, the lack of cover makes the game’s action and stealth sequences very difficult to undertake. Yes, this game contains stealth sequences, but they’re as haphazardly implemented as the rest of the game’s mechanics.

The game’s controls are also problematic. The default camera and aiming controls make shooting and moving the camera very stiff. Walking feels “floaty”; you don’t immediately stop when you move your thumb off the left stick. Furthermore, the button to change sides is on the same button as running, so during high pressure moments, your character may run instead of moving the camera to get a better shot at enemies.

I should also mention that there’s a melee combat system. When enemies rush at you, you can execute them using a simple three button combo or block their incoming blows with a counter. When well-executed, your finisher can kill an enemy in one-shot. However, in order to fight an enemy, you have to be directly in front of them. If your character has a slightly different angle, your blows don’t land. If an enemy swings at you in a firefight, your character will always try to counter the blow, leaving you standing and exposed to enemy fire.

The visuals in Past Cure are incredibly plain and bland with few exceptions (for some reason, there are some great car models in one section of the game). The game’s first big environment, the parking garage, feels like the same room was copied and pasted about twenty times with no variation between sections of the level. It felt endless. The player’s safehouse feels like an IKEA showroom. Well, if that IKEA showroom was owned by a serial killer. Cutscenes are filled with anti-aliasing issues. And on PS4, the game feels poorly optimized. Many times in environments with no enemies, turning the camera would cause significant on-screen slowdown. 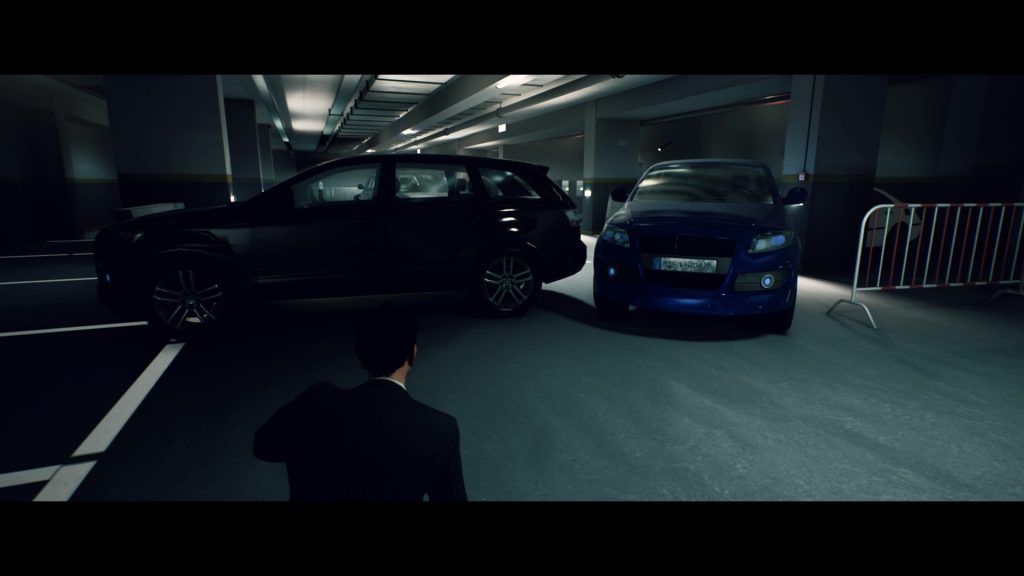 The sound in the game is even worse, exacerbated by the game’s aforementioned and problematic script. This is compounded by the voice acting in the game, which feels like it is being read with little to no emotion and was simply not well done. From an accessibility standpoint, subtitles are on by default. During several instances though, the subtitles don’t match up with the action playing out screen; entire sections of subtitles just go missing and/or the subtitles just don’t match what’s being said. It feels as if the voice actors changed a word to suit their performance, but the changes were never reflected back in the script. The audio mix in the game is also not optimal. During a portion of a single cutscene, the music can overtake the dialogue, making it hard to hear. Additionally, there are issues with the audio production. During a different cutscene where characters are playing chess, audible microphone “popping” can be heard in delivered dialogue. Finally, some of the sound effects used are pretty bad. The action of “shattering” stone and porcelain-like material happens a lot in the game and the sound effect used resembles a dainty tea-cup being broken. It’s one of several sound effects that bring you completely out of the immersion of the game.

When it comes down to it, the game feels unfinished and unpolished. On PS4, I encountered three game-breaking bugs. Within the first twenty minutes of the game, the game hard crashed back to the main PS4 menu causing me the lose about ten minutes of progress. Later, the game crashed when I went to bed about an hour into the game (see video). During the final sequence (see video), my character was hit and subsequently lost the ability to use guns or damage the enemy in any way. I had to start the entire final boss sequence over.

Are there any positives about Past Cure?

Well technically, it is a complete product. It’s a game that you can pick up on your system of choice and play from start to finish. But I would highly recommend you skip this game at all costs. The story is non-nonsensical, it’s not fun to play, it sounds bad, it doesn’t move well; there truly is no pay-off to playing Past Cure. In most respects, it feels like a very average PS2 game released in 2018.

I cannot say this definitively enough: this game may be the most lackluster title I have ever played and should be avoided at all costs. I never want to hear the words Past Cure again.

Past Cure is a very unsuccessful, overambitious, mid-budget nightmare. Avoid at all costs.