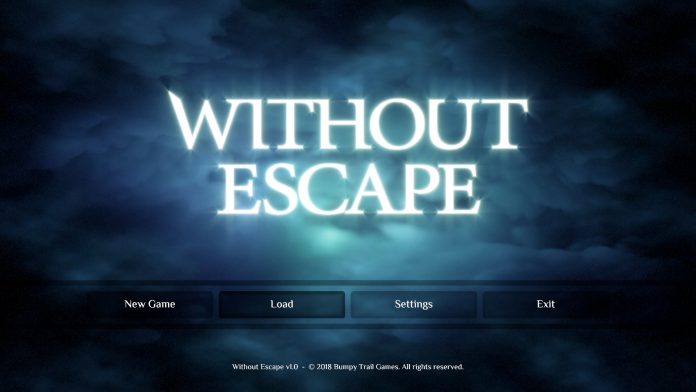 Do you remember those escape-the-room flash games? I do, and I grew up loving them. I’m a little younger than many of my Scholarly Gamers cohorts, so the days of Newgrounds and Armor Games were my introduction to the majesty of the Internet and flash gaming in particular. I can remember spending hours between the numerous games where you were stuck in a single room, and the sole objective was to click around to find secrets so that you could attempt to find your way out. These were so popular that nowadays you can find real-life, physical escape room games all over the place. Without Escape manages to elicit those nostalgic feelings of uncovering cryptic secrets all over again.

Without Escape delivers you right into the action: the only overarching story that is given is that you’ve been left alone in the house for the weekend, and you decided to go to bed. However, you’re woken up in the middle of the night with an unsettling feeling about you. From there you realize that you’re unable to leave the house and must find your way out by discovering secrets, unlocking doors, and dialing mysterious phone numbers. What begins as a simple point-and-click adventure game quickly transcends into something much more as the player continues on. The layout of your house begins to change overtime from your childhood home to a hellish landscape filled with mysterious sights and sounds. 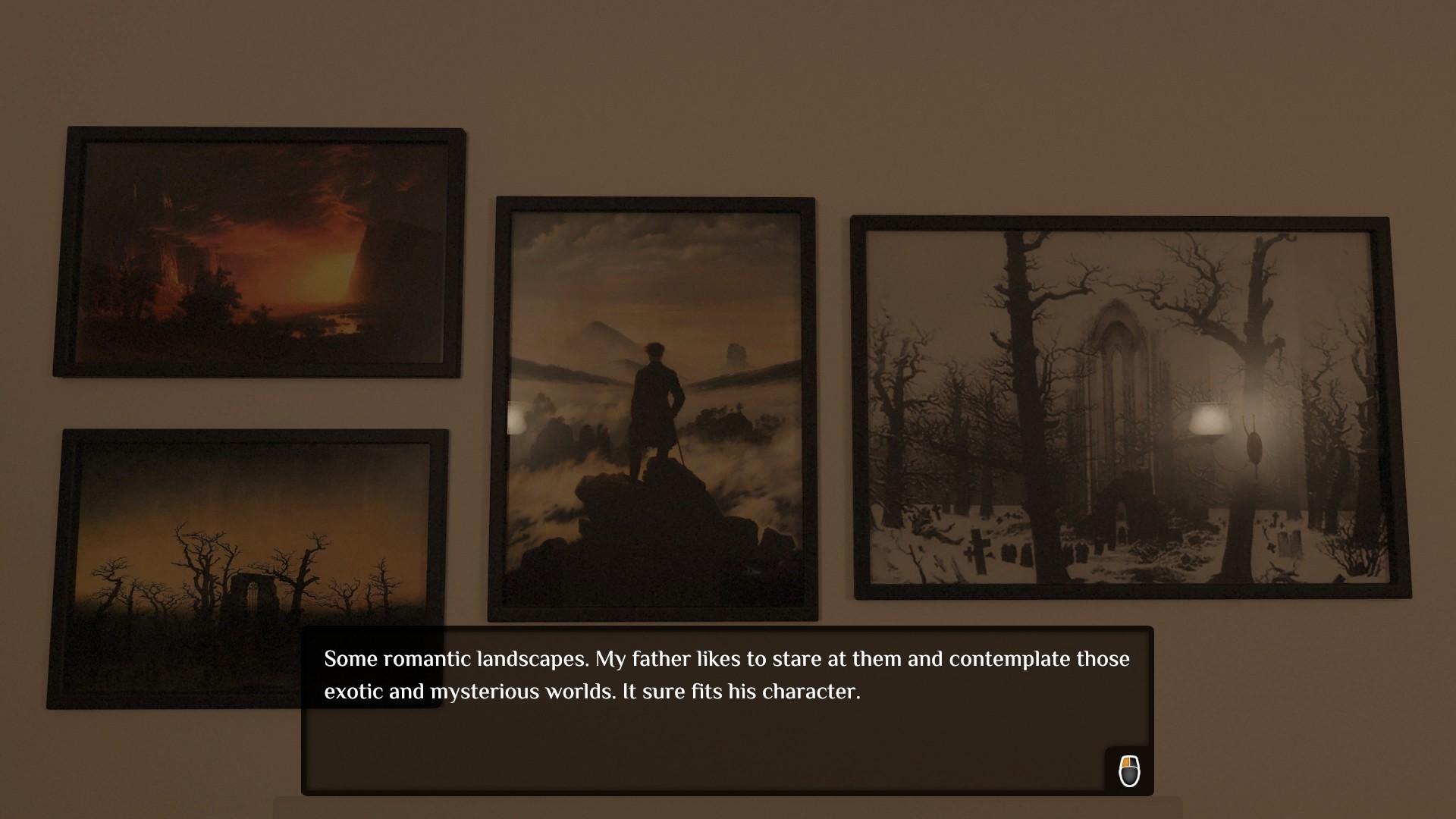 Welcome to Your Multi-Dimensional Home

A changing environment is something the old escape room games never really did, but Without Escape handles it well. In typical minimalist style, there are very few areas to explore; maybe a combined total of fifteen screens. Since those same areas change appearance though, it allows for new features to interact with and new puzzles to solve, the playtime essentially doubles. The major shift comes when you think you’ve finally reached the end of your journey in your seemingly normal house. Halfway through Without Escape, rooms that you have already moved through become completely new experiences all over again, and you must relearn the layout of the house to progress further.

It’s a really genius move for this genre. Before hitting this point I thought the game was much shorter than it really was, but when the shift occurred, I was blown away. 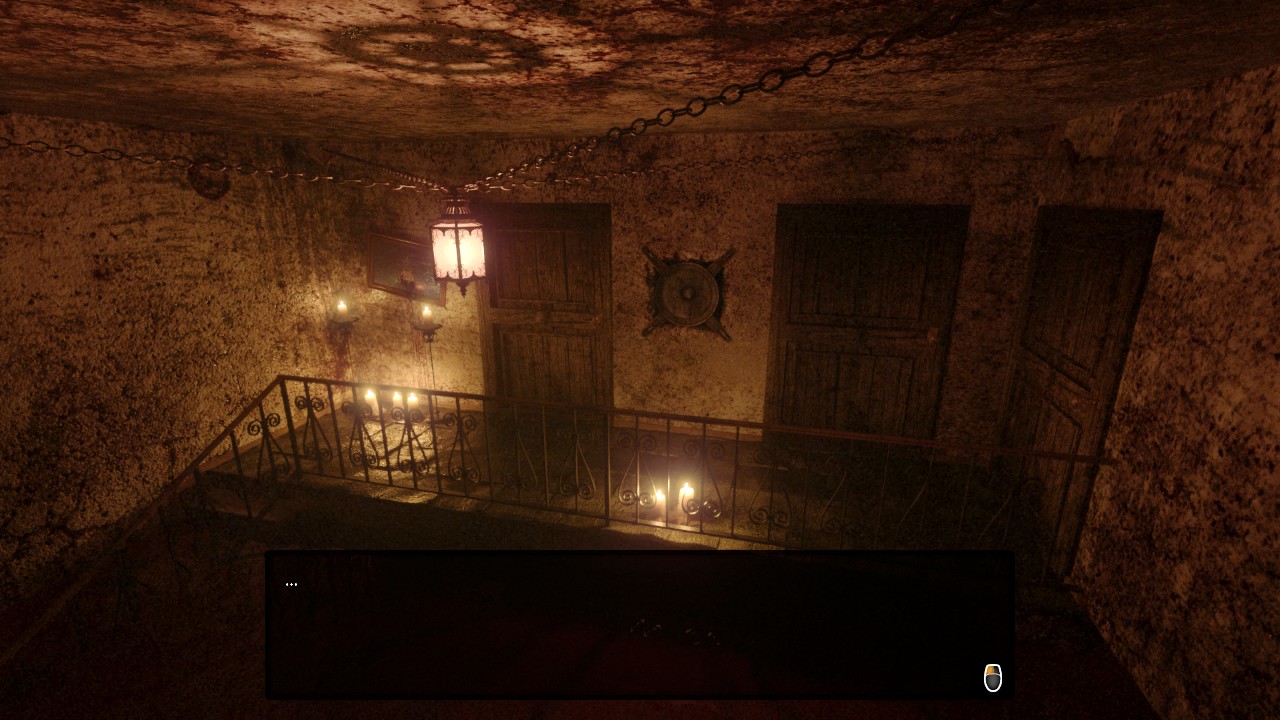 The Finer Details of Pointing and Clicking

Let’s talk mechanics. It’s pretty difficult to revolutionize the point-and-click formula, but Without Escape has done a few things that I really appreciate. Most importantly, the screens are all well modeled and detailed enough that everything in each room is recognizable. It may seem like an aspect of a game that should go without saying, but many horror games are too dark, which is meant to add to atmosphere but can take away from the overall experience by forcing the player to struggle to see. The cursor also changes if the player hovers over something they can interact with; another detail that is lost on many games of this genre. Another nifty features is that if the player feels there is something under the text box (which is consistently at the bottom of the screen) to interact with, they can hold the space bar to temporarily remove it. 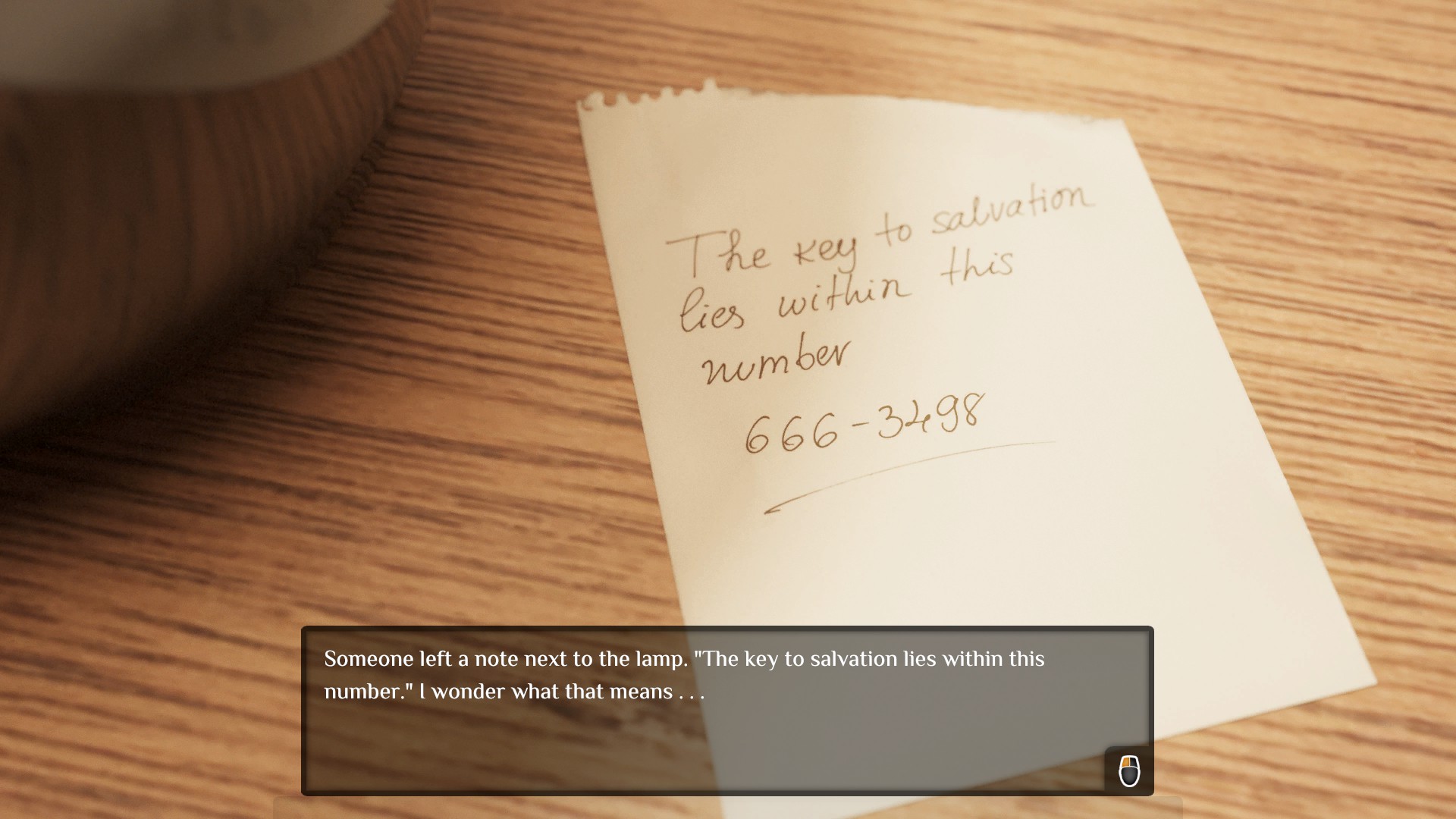 If I had one major complaint about Without Escape, it’s that some objects are too small or too hidden to seem fair. While the puzzles are appropriately challenging, too many times I got stuck simply because the object that I needed to find was in a very small hit-box or inside a drawer I had already looked in once or even twice.

Here is a perfect example. In one room in order to proceed, the player must open a locked chest with a four-digit pass code. I looked everywhere for some sort of indication of what it might be; I even tried to interpret the cryptic looking paintings in the office to try to discern some hidden numbers within. In reality, the pass code was hinted in a small hit-box on a bookshelf, which was impossible to notice unless the cursor was right over it. This sort of thing happened a sizable amount of times throughout my playthrough, and though it may seem nitpicky, the hard-to-see hit-boxes felt a little cheap in comparison to the rest of the game’s flow.

I don’t want to be harsh on this game for small details. The creator of the game, who goes by the username PacoChan, speaks often on his website that the concept for Without Escape began long ago when he was intrigued by creating games from scratch. He taught himself to code and model and as a result the game went under several major transformations, including from 2D to 3D. Reading his story and how he came to develop Without Escape shows me it really was a labor of love.

Was he successful after putting so much time and effort into the game? Absolutely. The atmosphere, visuals, and sound effects all really fit the genre and hearken back to those old flash game days. I may have gotten frustrated with the more obscure puzzles, but I’m willing to forgive it overall from what the game offers: a fun, challenging, and creepy game that relies on the experience rather than cheap jump scares. With six possible endings to uncover, there’s plenty of game to experience.

While not the most groundbreaking point-and-click title, Without Escape offers engaging environments with interesting puzzles to solve. They can be annoying at times, and some of the endings are a bit campy, but the overall experience overshadows these factors.

The review copy of this game was provided by the publisher.