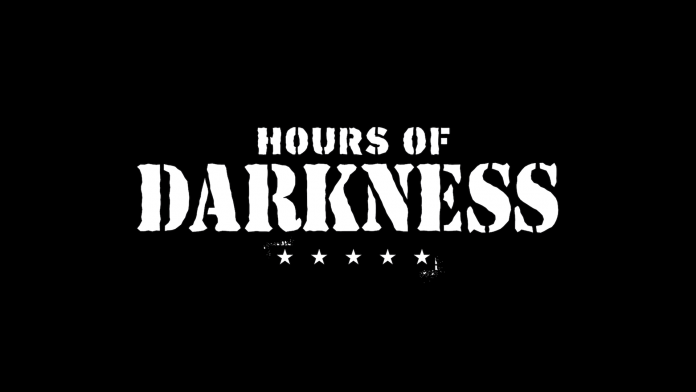 Hours of Darkness is the first substantial DLC adventure made available to owners of Far Cry 5, Ubisoft‘s blockbuster hit released some ten weeks ago. The content arrives in a 4.2 GB bundle (on Xbox One), and can be downloaded through online stores both individually or as part of the season’s pass. 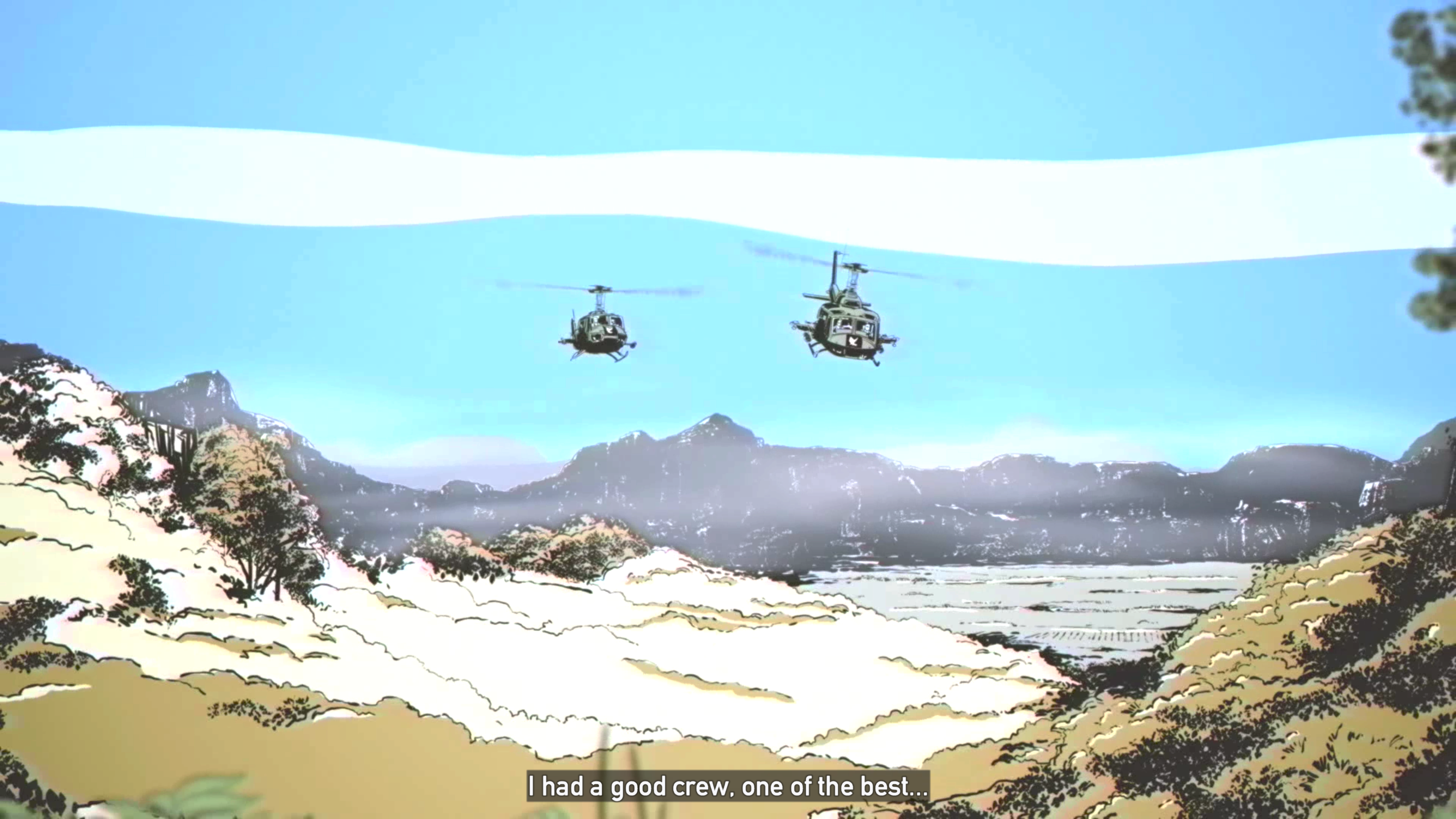 The early moments of Hours of Darkness introduce players to the US soldiers by means of an old-school cartoon cinematic. A helicopter ride goes sour and Cowboy, the player character, is forced to run off into the wilderness all-too similarly to how the base game’s campaign begins (albeit after trading out fanatic cultists for a Viet Cong attack chopper).

With a quick scurry down the hillside to escape your latest attacker, you are introduced to the four perks, Hours of Darkness‘ skill system to replace those found in the base game. Each boosts your abilities in some manner, such as the ability to auto-tag enemies or faster movement speed. There is no formal XP or level-up system here as the perks are awarded for stealth-based kills made in succession without being spotted or engaged in open combat. There is some wiggle-room, however, as directly engaging enemies and dispatching them within a (very) narrow window of time will not do away with your earned rewards. Continuing the streak of stealth encounters does indeed make the game easier as a whole, as the perks are quite valuable to stealthy players, but Far Cry 5: Hours of Darkness can be played loud-and-proud as well by employing the multitude of explosives and firearms at your disposal. True to Far Cry‘s sandbox ‘mantra’, you may play the game at your leisure and anything can be completed a number of different ways, provided you’re willing to put the work into it.

My experience with Hours of Darkness began with Scholarly Gamers co-owner Matt Ferguson, and we thoroughly covered about 40% of the explorable map in the two and a half hours played at launch. In that time we found about a dozen collectables, took out a few encampments, deposed some of the anti-air guns in the region, and recovered two of the three soldiers that went down in the helicopter with us at the start of the adventure. 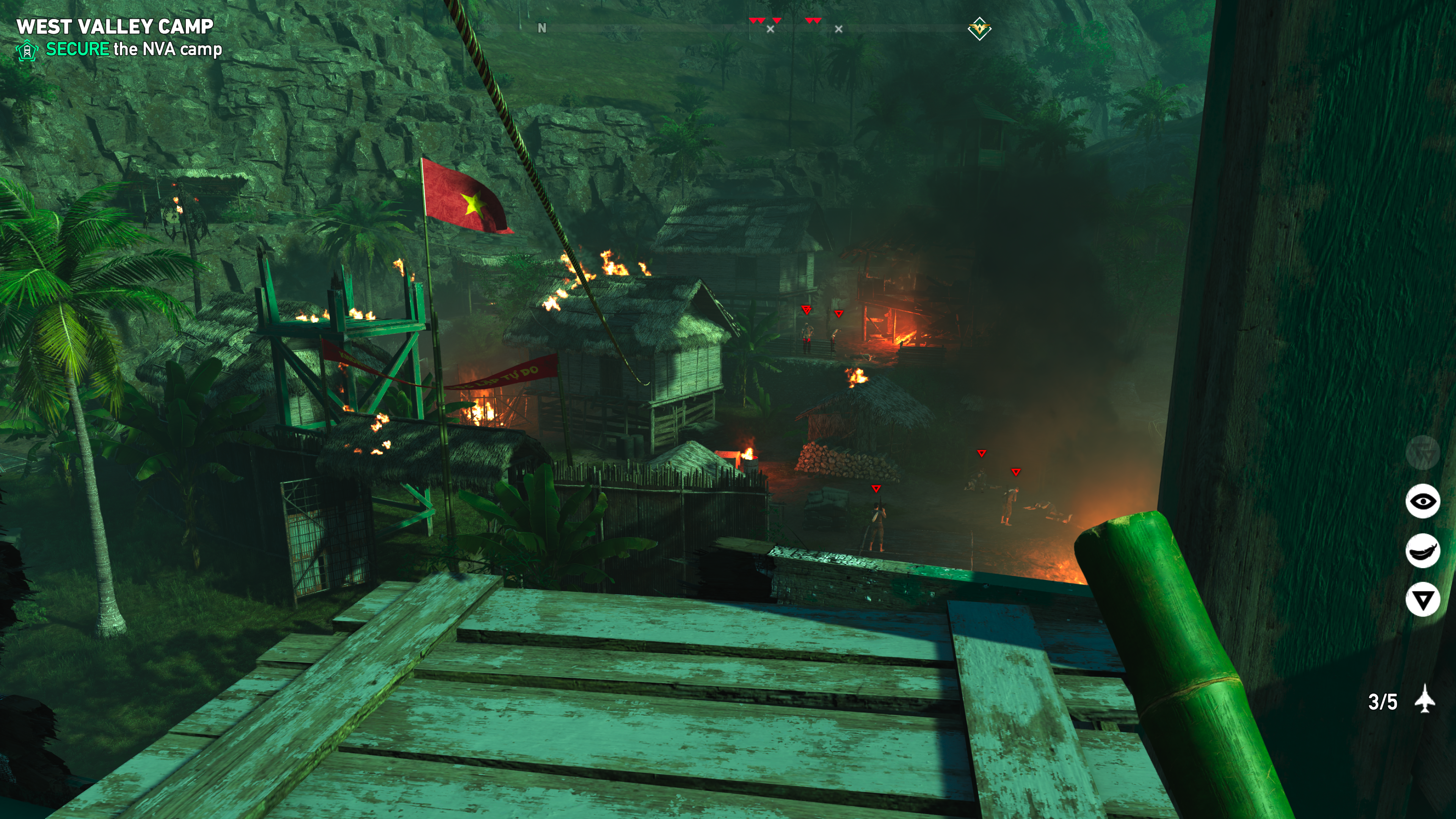 The following afternoon I travelled back to Vietnam, alone, seeking to finish up as much of the content as I could. Still, I figured, I would have some AI partners at my disposal (the rescued squad members), and had cleared out more than half of the content already. The challenges screen within the menu system tells of how many prisoners have been rescued, or how many commanders / camps / AA guns / etc. have been completed, so I knew that I wasn’t particularly far away from completing the DLC.

Hours of Darkness, as it turns out, is more enjoyable in co-op than it is on your own. Playing with a friend that knows your general stealth-oriented playstyle is immensely helpful when coordinating attacks in the jungle, but what’s more than that is how the AI present within the game is more than a little bit rough around the edges; a problem made worse by the strong emphasis on stealth and your AI companions’ inability to contribute meaningfully to quiet engagements. Too many times did I worry about breaking cover while crouched in the bushes because the AI screamed (read: SCREAMED) “They’re over there!” only twenty feet from an enemy patrol, or opening fire with an LMG once I let loose a silent arrow from the bow. What made matters worse is that the game will throw wave after wave of VC soldier after you once you break stealth; killing one or two enemies too loudly will trigger some form of an alarm, and dozens of red dots will flare up on the map in their charge to take you down. Exposing yourself at the wrong time as a result of the AI partners is frustrating at the best of times, and deadly in the worst.

Over the course of another two hours or so, I worked through the remaining challenges offered in Hours of Darkness, but fell short of my 100% completion goal. Seemingly out of nowhere two of the South Vietnamese prisoners were executed before I got within 250m of them, and I didn’t come across all of the propaganda speakers scattered about the map. No bother – there is no scoring or rewards system that carries over to the main game, save for a ‘report card’ seen once before the credits roll.

What felt worse, however, was that I was unable to get any of my comrades out before the end. Unlike the base game, companions in Hours of Darkness do not have a respawn timer if you’re unable to revive them in time, and two (of three) died for the silliest of reasons. First, when serving alongside both Matt and I, Matt shot a nest of bees that I swatted away harmlessly. The AI companion? Dead. Next, when I was playing alone the following afternoon, my companion was killed by a jaguar outside the village I was assaulting to get the third squad mate back from enemy clutches. Then, when I turned tail to revive the ol’ jaguar-bait, the one I’d just rescued fell victim to a VC soldier with a flamethrower.

Just like that, I was alone once again, working my way through the last 30% of the game on my own. 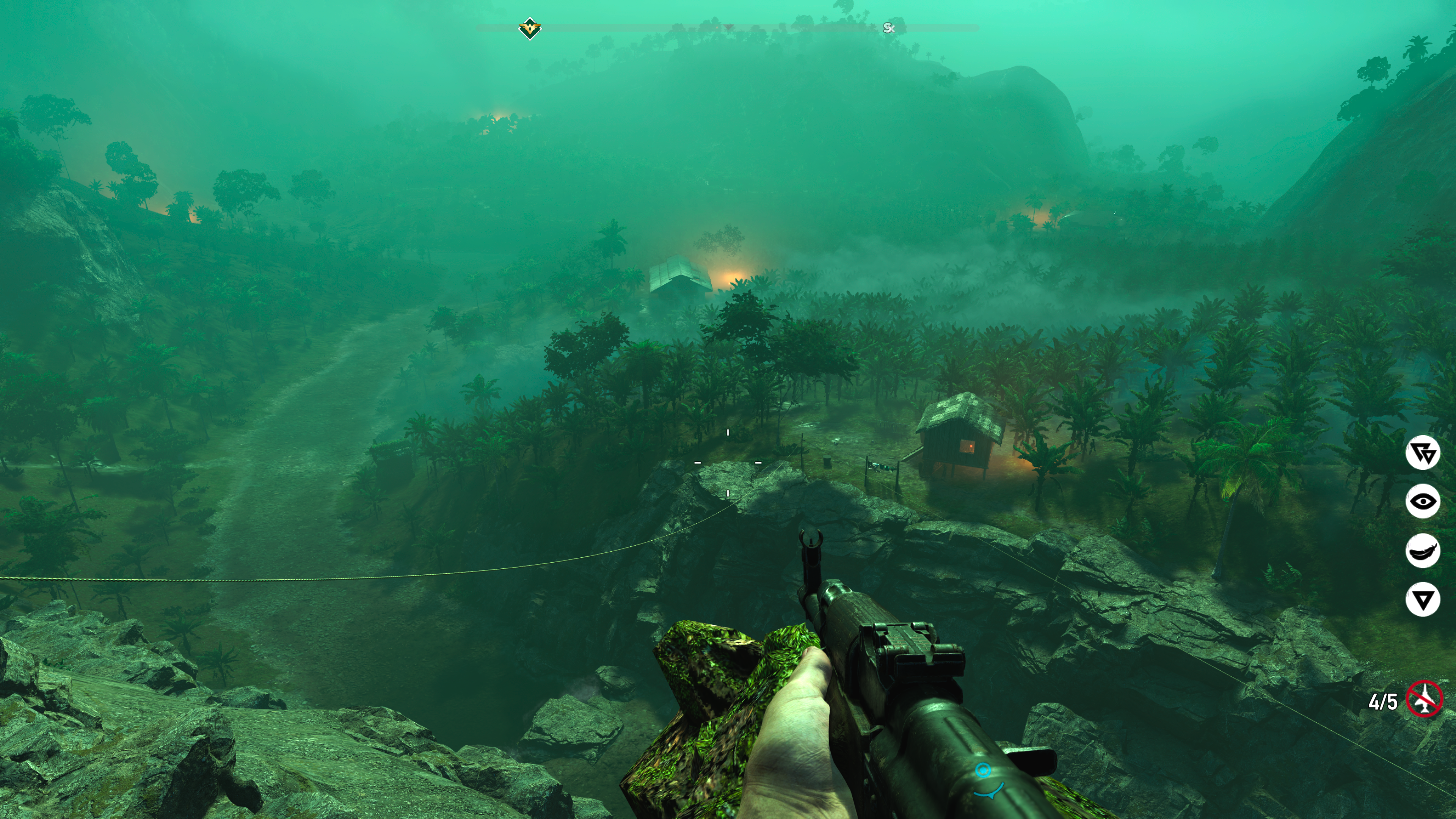 As a whole, Far Cry 5: Hours of Darkness feels very much like a re-skinned sub-section of the base game, which is not inherently a bad thing. The map feels to be approximately the same size of any one of the three territories in the main world, and the landscape is smattered with smaller points of interest that might hold some supplies or weaponry to aid in subsequent encounters. You’re thrust into the game world with a simple lead-in, and left to your own devices with respect to how your survival and extraction from Vietnam is managed. In continuing this gameplay design methodology, there’s very little learning curve for players who have worked through the base game, or any other Far Cry since Far Cry 3.

The most substantive departure from Far Cry 5‘s Montana has players handle the equipment and inventory with a more ad hoc nature in that there are no home bases, no shops, no currency, and no allied NPCs that will help you resupply. Everything is picked up on-the-fly or otherwise scavenged from enemy encampments, but supplies are plentiful enough that all but the most high-octane engagements should leave players with a few trinkets left in their pockets. Even still, there is a small focus on resource management that plays a critical role in determining how successful players will be against the mounting resistance. 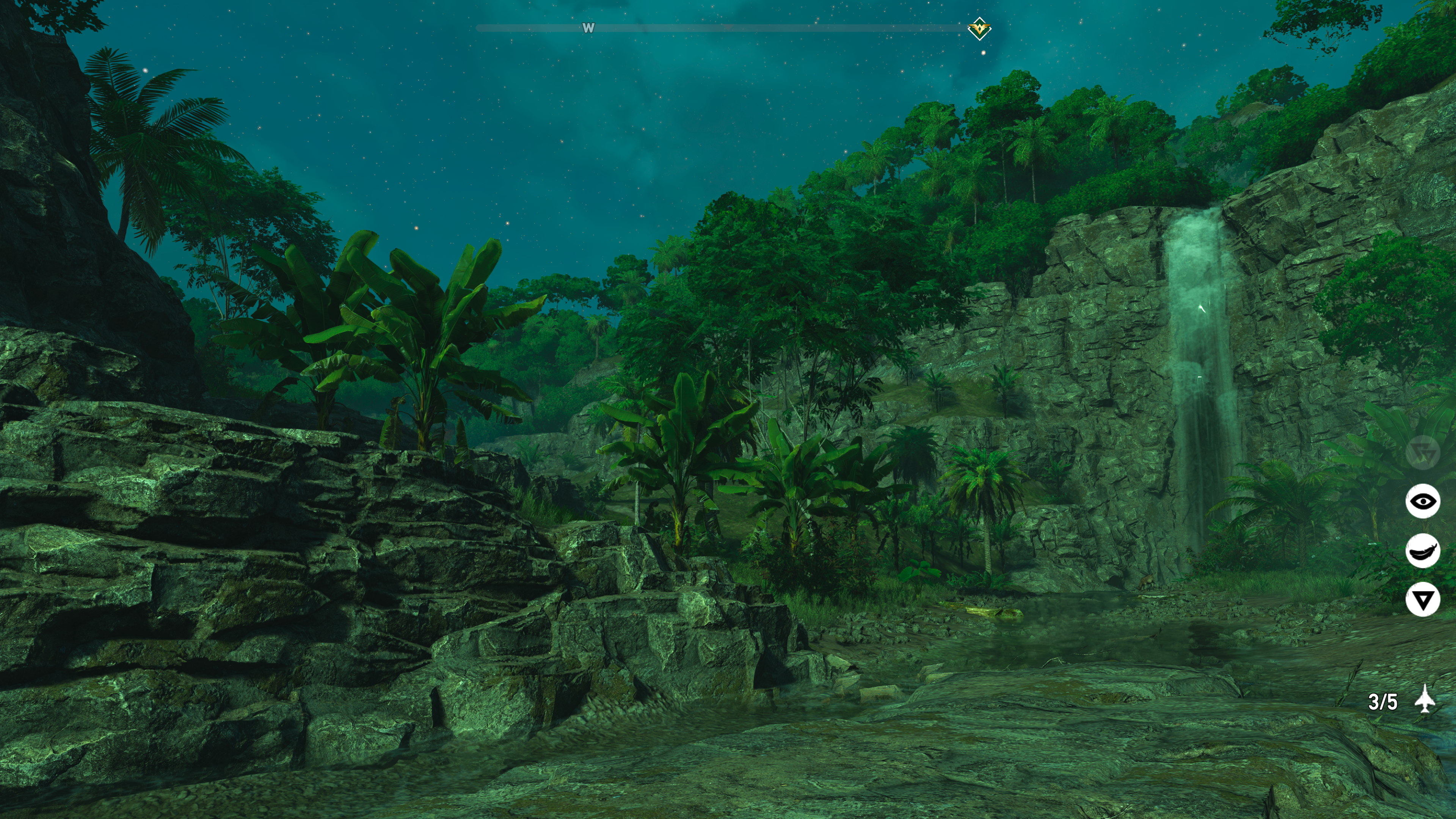 I would be remiss if I didn’t also discuss one of Hours of Darkness‘ greatest strengths: the atmosphere of traipsing through the dangerous jungle. The Dunia Engine’s excellent environment handling really shines through with beautiful foliage and jungle assets, the dim nighttime lighting, and the humidity hanging thick with fog settling into depressions in the ground. The ambience is great, and players with surround-sound systems will be able to pick out the bellow of bullfrogs along the river, or footsteps of nearby patrols through the brush. Far Cry, as a series, rarely under-delivers in this regard and Hours of Darkness is no exception.

In a surprising turn, however, the narrative potential within Hours of Darkness barely delivers anything of note, and there is simply one primary directive: escape. Granted, this kind of story doesn’t need to deliver a great deal of narrative depth, but some additional details or backstory to your comrades would’ve been welcome, or perhaps the inclusion of a single high-ranking Viet Cong officer overseeing operations in the area that would give a face and sense of progression within the adventure. Perhaps their voice would be the one coming over the loudspeakers, and the handful of NVA commanders in the area could report to this general directly? Anything to add to the narrative richness of the world would make the experience much greater. 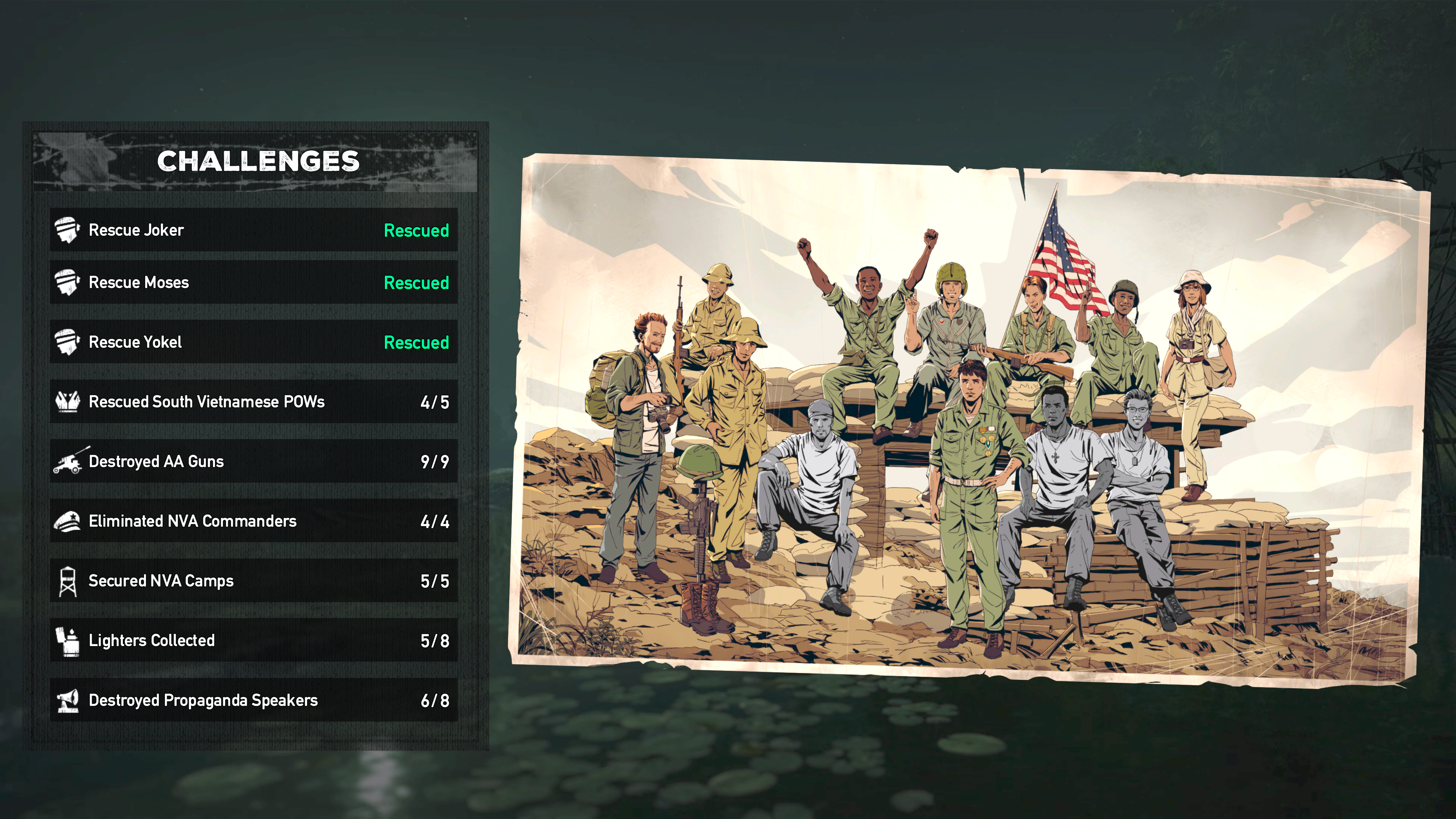 As a self-contained package, Far Cry 5: Hours of Darkness is a respectably-sized, though somewhat shallow, experience afforded to those with a handful of hours to kill. I expect that the sole objective can be rushed in 60-90 minutes, but it’s well worth taking the time to get a lay of the land and scour for some additional ‘tools of the trade’ that will make things a little bit easier (for example, some of the weapons may be found with suppressor variants affixed). If possible, bring along a co-op partner that shares your particular taste for sandbox games and play style, but it’s important to go in with managed expectations that this may not be the richest Far Cry experience that Ubisoft has had to offer.

Though Far Cry: Hours of Darkness aims to deliver a rich and engaging experience in the Vietnamese jungle, the breadth of the game world fails to deliver the narrative depth expected of a self-contained campaign in hostile lands.