The tiny ships go in and out of my ports, bringing in goods and taking my island’s products to market. Little speckles of people carry precursor materials to the warehouses and factories peppered throughout the quaint port city of Ditchwater. As if that’s not enough to smile about, an expedition to the new world has proven fruitful with the spoils of colonization. 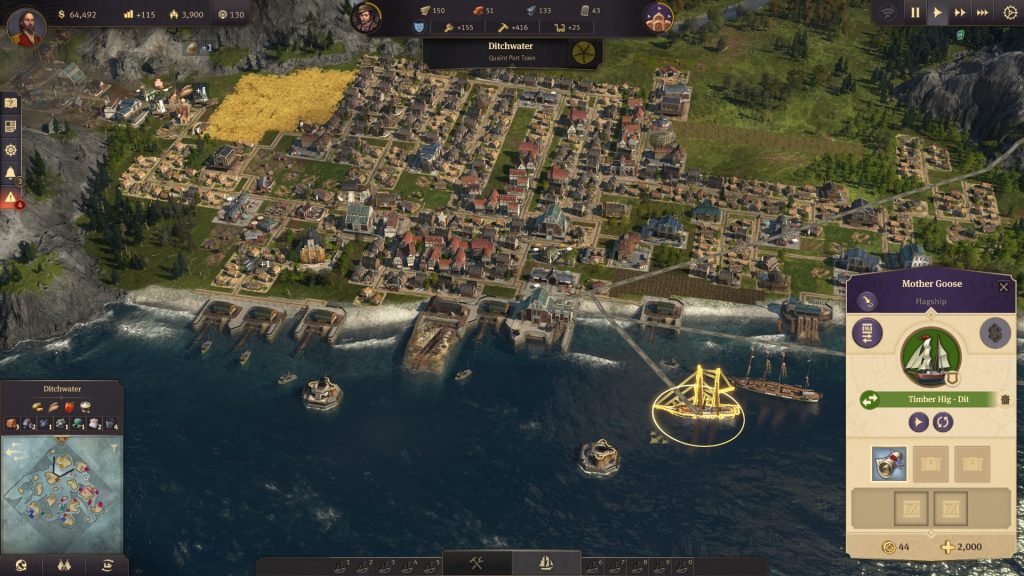 Anno 1800 is the latest entry in a long-running series of city-building simulators. Players take on the role of the proprietor of a 19th Century island. Starting with a lowly trading post, it is up to you to create a diverse economy, expand your trade routes across the seas and beat out your rivals.

To do that, you are going to need a strong workforce. In Anno, you start off building homes for farmers who, once they have their needs fulfilled, get upgraded to industrial workers able to complete more advanced tasks. Those industrial workers eventually get replaced by artisans, and so on and so forth until you’ve reached the top of the vocational ladder. Each unit tier requires specific amenities to keep them satisfied. Farmers require schnapps while the more sophisticated industrial workers prefer beer.

Creating vast, interweaving chains of production is the key to keeping coins in your coiffures and your workers happy. Keeping your farmers happy requires luxuries like soap. To make the soap you need tallow and to make the tallow you need a pig farm. Or if that’s too bothersome, You could also just buy the soap from a neighboring trading post. 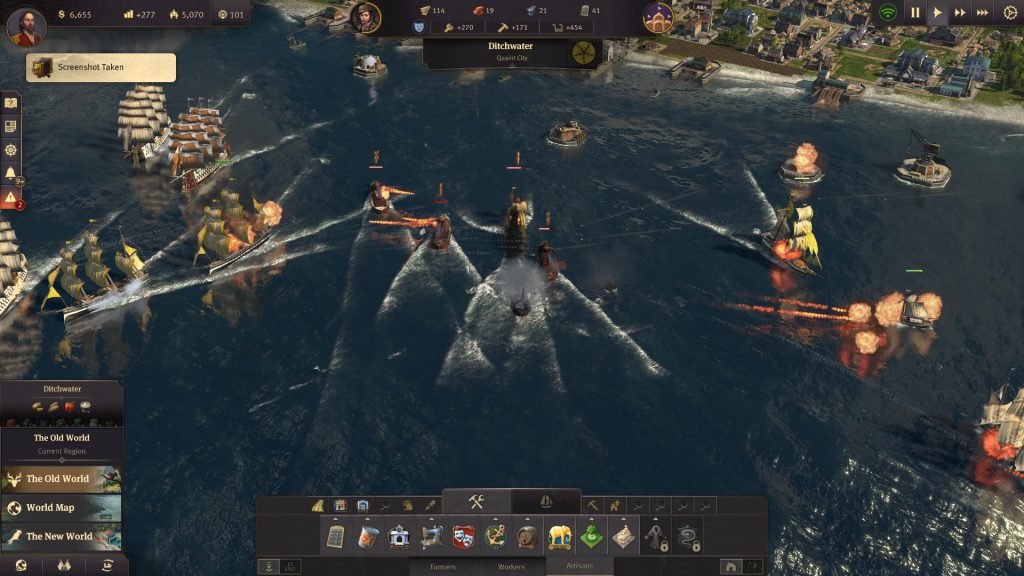 Of course, don’t think all your neighbors are going to sit idly by and let you establish your economic empire. Conflict in Anno is resolved primarily through naval warfare. Sending your naval fleet to besiege and take control of rival towns all while building the gun batteries to ensure they don’t do the same to you.

The flow, the push and pull of managing your resources, is what makes up the meat and potatoes of what Anno has to offer. You will need to constantly be upgrading and improving your assets if you want to have any hope of keeping up with the AI or human players (via multiplayer).

Anno 1800 finds its footing by forcing decisions on the player. Do you prioritize making sausage over soap? Do you build more pig farms to make both? On paper, it sounds like an extraordinarily complex system to manage but Anno 1800 does an excellent job of onboarding new players to the systems at play.

The campaign serves as a glorified tutorial for new players to learn all the systems at their disposal. Everything from the aforementioned production chains to creating propaganda to sending expeditions is covered. All presented under the guise of you uncovering a conspiracy surrounding your father’s death and bringing justice to those responsible.

The campaign is largely forgettable as anything more than a tutorial and for everything it does right there were still some details that had to be learned through trial and error. Things like how to sell off your surplus supplies are not explicitly mentioned in the campaign, it took me a while to learn I could even do that.

An in-game encyclopedia would have also been a nice addition. I had to turn to google in some cases. Not a complete deal breaker but still an expectation for a strategy game of this scope. 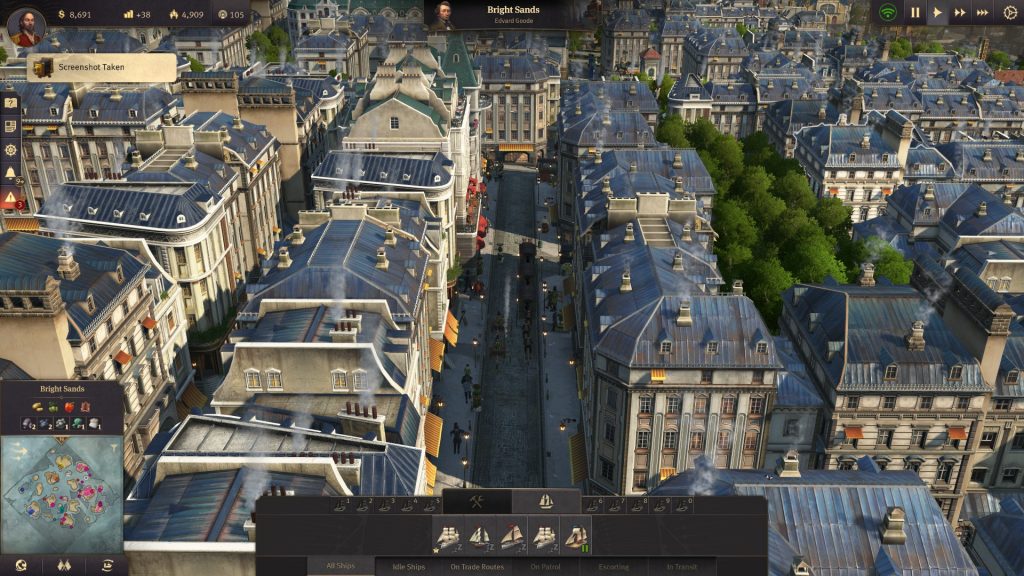 Not All That Glitters Is Gold

With all the other players on the map, it is a disappointment to see a lack of potential for meaningful interactions between players. Especially considering the interesting time period in which this game takes place in, the age of colonization, it’s a shame that your interactions with other players never feel more than superficial. Sure you can flatter other leaders to gain favor so that maybe they will allow trade rights but the diplomacy system in Anno 1800 is just too shallow for it to ever feel worth using.

When starting a new session, you get to choose from a list of characters. Sadly, that choice is purely aesthetic as each plays identical to the next. Having the different characters have different perks or play styles would have done miracles as far as improving replayability goes. 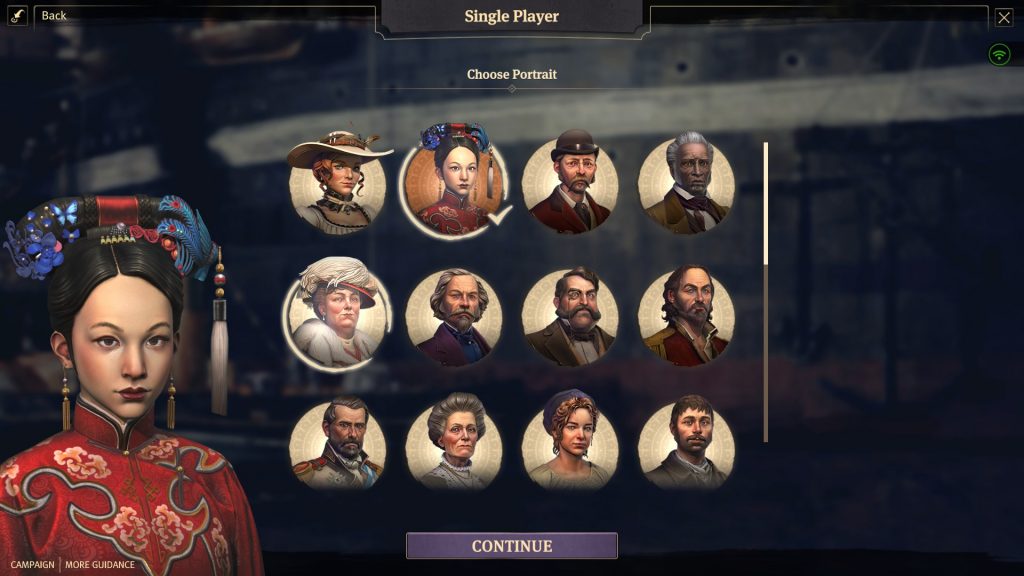 It also would have helped if there had been more game types outside of the campaign, sandbox-mode and multiplayer. A scenario mode, complete with challenges for players to test their mettle against, feels like it should be an automatic inclusion in a game like this. Along with mod support, which is unsurprisingly absent, the lack of game modes is a lost opportunity to add replayability to Anno 1800.

On subsequent playthroughs it felt like I was following the same progression as the previous one. With not much emergent narrative through the game mechanics, I doubt I will be as excited for my 100th playthrough as I was for my first one.

Anno 1800 had the magic sauce to rope me in for many long nights. Neat freaks and warmongers alike will jump at the chance to manage supply chains and arm fleets.

It may not be groundbreaking or perfect, but Anno 1800 offers a wealth of enjoyment and is an excellent way to scratch that colony-building itch.

It may not be groundbreaking, but Anno 1800 is an excellent way to scratch that colony-building itch. 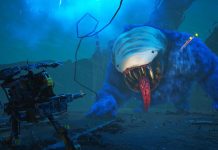 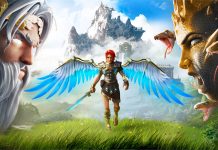