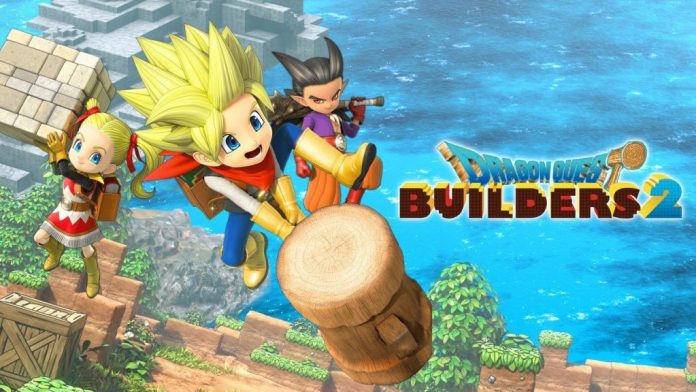 Having been a fan of Dragon Quest for many years, Dragon Quest Builders naturally piqued my interest. However, I never got the opportunity to delve into it when it was released. It wasn’t until Dragon Quest Builders 2 was announced that I was able to grab a copy of the first game for the Playstation 4. But I never actually sat down to play it, which I realized, after some time with Dragon Quest Builders 2, was a huge mistake. I missed out on a great title, and from what I have been able to surmise the second entry only improved the overall formula. Let’s see what the fuss is about! 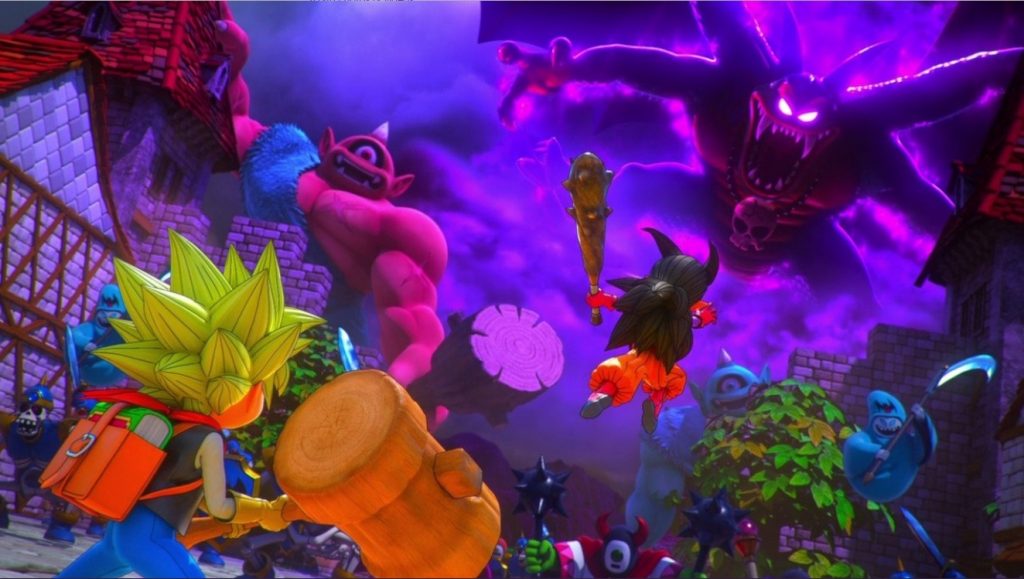 Dragon Quest Builders 2 is a vast, open-world sandbox RPG. You take on the role of the titular Builder, who shipwrecks onto a mysterious island owned by a friendly spirit. The builder is then tasked by the spirit with restoring the island, the Isle of Awakening, to its former glory. Along the way, the Builder meets and teams up with the headstrong and itching-for-a-fight Malroth, a being whose origins are shrouded in mystery. Banding together and forming a fast friendship, the Builder and Malroth go on to explore several different islands to scout out new residents and materials to build up the Isle of Awakening.

To succeed in this gargantuan task, the Builder is entrusted with a handful of different tools, each with a different function. The Hammer is the go-to tool for breaking blocks, and is by far the most used tool in your arsenal. Others include a Bottomless Pot, which can collect and store limitless liquids, a Magic Pencil which can copy buildings onto a blueprint for later use, and even a glider for traversing the skies after jumping from a high point! 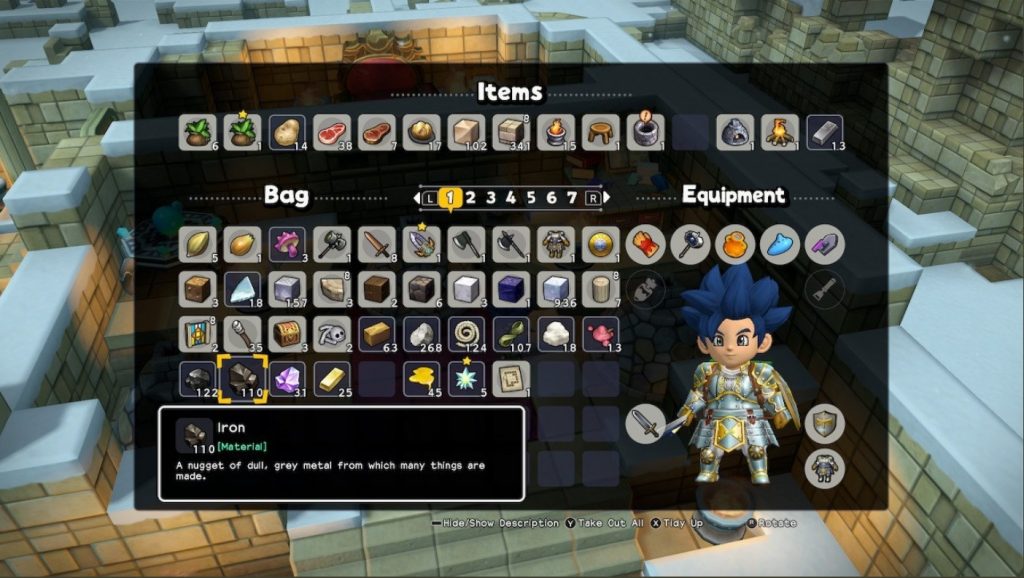 What makes Dragon Quest Builders 2 such a joy to play is the amount of freedom you have to do whatever you please. On each island you have different tasks and quests to complete, but how and where you build things is entirely up to you. One of your villagers may ask you to build his friends a shiny new dormitory, and you can build it wherever you like, and mostly out of whatever materials you like…as long as you meet the requirements to call the room a dormitory. In this case, several beds, a few light sources, and a sign inside the room signify a dormitory. Several room combinations like this exist, even for niche things such as bathrooms and restaurants! As long as the proper items are placed inside, the room can be whatever you want.

On the topic of quests, there is of course a main story to go along with your exploits on the Isle of Awakening and the different islands you explore. You will laugh, and you will cry. The story is masterfully written, and dare I say it may be one of the best stories in all of Dragon Quest. It is very much in line with previous Dragon Quest titles, with similar storytelling elements, and a story that ties into Dragon Quest 2. It involves the Children of Hargon, a radical religious sect formed by the monsters of the world who worship destruction and chaos.

The Children and their leader were seemingly defeated by the descendants of Erdrick at the end of Dragon Quest 2, but are mysteriously present in this game’s world with a strong presence throughout. Builders are their mortal enemy, and as such any form of building and creation is forbidden across the world. The people of the land are forced to live in squalor due to these rules, for fear of their lives and possibly meeting their end at the hands of the Children of Hargon. It’s up to you as the Builder to help the people out of their sorrow, and build up their homes in each hub area on the islands to rise up against the Children. 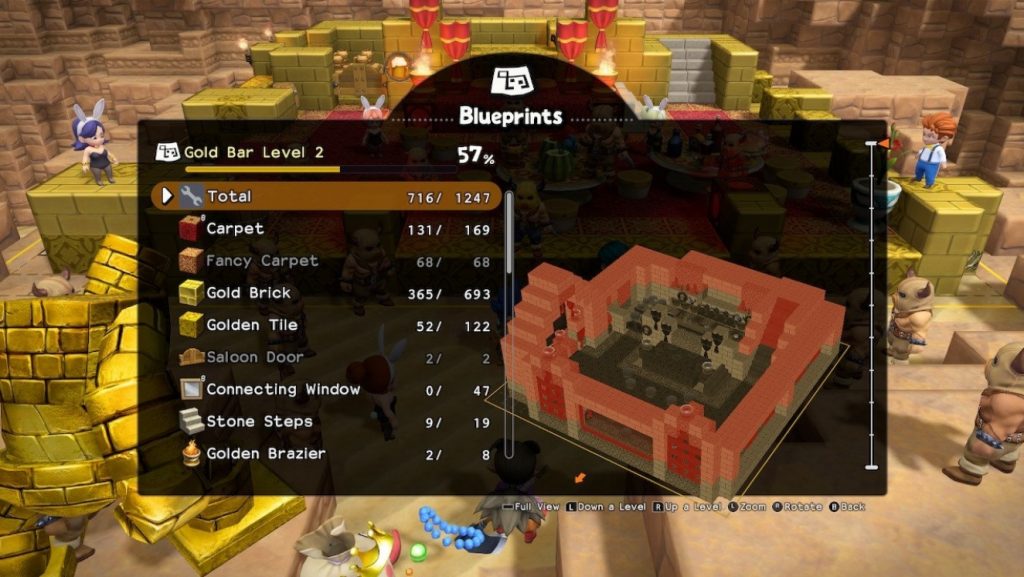 With a sandbox game about building comes a plethora of building materials and items, and luckily a very large bag to store them in. There are hundreds of items to craft and collect, ranging from simple things like beds, doors, and building materials, to more complex things such as kitchen fixtures, castle gates, and magical traps. Along with these materials are the different seeds to grow crops to cook and eat, as well as the implements to cook them. Eating food restores a portion of your hunger meter and some HP, as well as providing temporary buffs to attack, defense, and even your ability to destroy blocks. You’ll want to stay as well-fed as possible, as being hungry reduces your capacity to do nearly everything. You definitely want to keep your HP up, as a slew of iconic Dragon Quest monsters are around nearly every turn. Keeping your weapons and armor upgraded help to keep the monsters at bay, and you can even outfit your villagers and residents (most of them at least) with weapons to protect themselves.

On each island, as you complete tasks and quest for your residents you’ll earn gratitude points. When citizens see you fulfilling their requests, or when they complete things such as harvesting crops or doing other daily tasks, they’ll drop small hearts for you to collect. On the main islands these can be used to increase your base’s level, unlocking a handful of new recipes and increasing your settlement’s population each time. On the Isle of Awakening, these gratitude points can be spent at workbenches to unlock new crafting recipes to further customize your builds and open up new options to make things your own. 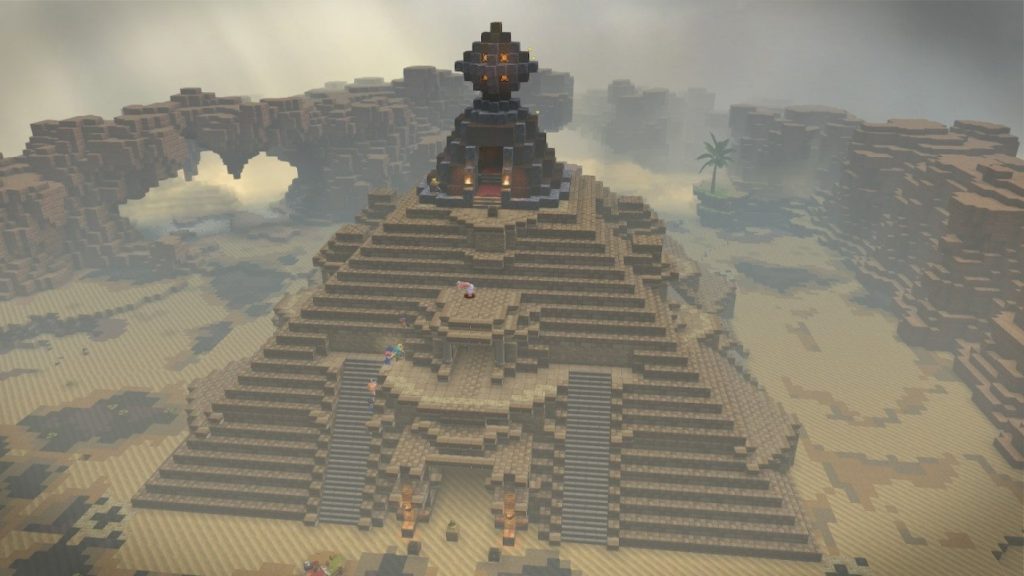 At the end of the day, Dragon Quest Builders 2 is a fantastic way to come home and spend a few hours unwinding. A huge world is open for you to explore and build in, with only your imagination being the limit. Once I sat down to play, I found the game extremely engaging and at times challenging, but most importantly, I had a great time throughout the entire experience.

The iconic Dragon Quest art, music, presentation, and style are all present, making it even more endearing. It was extremely difficult for me to put the game down long enough to even write up this review! I would highly recommend this game to anyone who enjoys taking things at their own pace, while exploring a vast world and making it their own.

Endearing characters, writing, and a large degree of freedom in a sandbox world make Dragon Quest Builders 2 an absolute joy to experience. Fans of the sandbox/survival genre will have plenty to do!