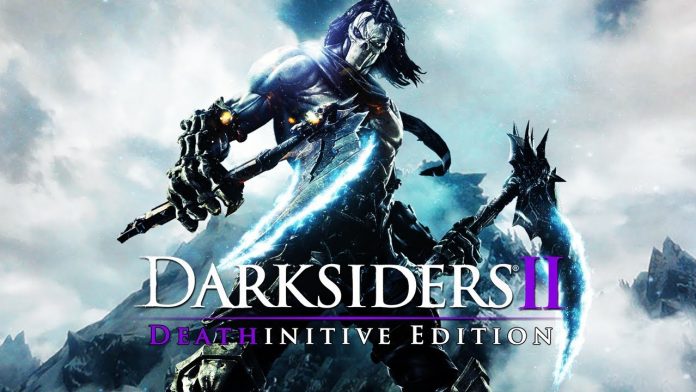 In Darksiders II Deathinitive Edition, you play as Death — the most feared of the legendary Four Horsemen — who has been awakened at the End of Days. It’s his intention to embark upon a quest to restore mankind, and redeem his brother’s name. Along the way, the Horseman discovers that there are far worse things than an earthly Apocalypse, and that an ancient grudge may threaten all of Creation.

Darksiders II follows the exploits of Death, one of the four horsemen of the Apocalypse, in an action-packed tale that runs parallel to the events in the original Darksiders game. This epic journey propels Death across an expansive world as he tries to redeem his brother, War, the horseman blamed for prematurely starting the Apocalypse in the original Darksiders title. Keeping the familiar formula going, Darksiders II follows an evolved format of the first game, having Death explore large worlds and solve puzzles in dungeons to advance towards a boss encounter that moves the story forward. In addition, Darksiders II introduces a new loot system, which allows the Horseman to equip various weapons and pieces of armor to improve his offense and defense. 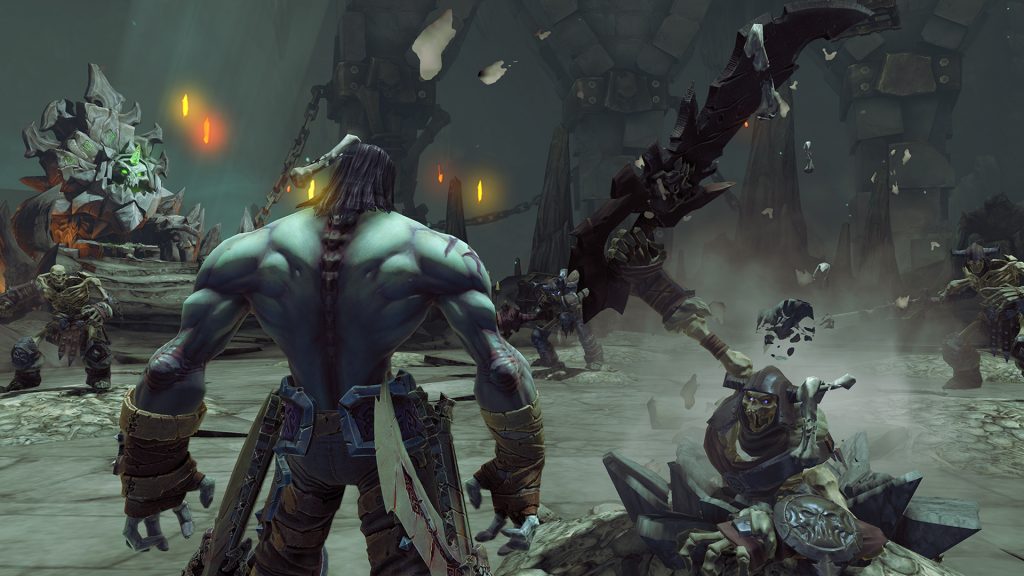 Aiding Death on his quest is his horse Despair. Being a somewhat open-world adventure, Death can call upon Despair in most areas to help him traverse the larger expanses of the world quickly. As Death explores each area, he is met with countless foes that challenge him at every turn. This is where the most satisfying part of the game presents itself: the visceral combat. Death typically wields a pair of hand scythes which can be used in combination together with a player-selected secondary weapon. Using your core scythes alongside special weapons you’ll unlock through your travels opens up a slew of ways for Death to lay waste to foes across the battlefield. Some weapons are slow to wind up but hit very hard, while others unleash lightning-quick combos but are not as heavy-hitting. Taking on hordes of enemies one after another using this combo system is incredibly satisfying, and you start to feel very powerful rather early into the adventure.

As Death defeats enemies, he gains experience points, and in true RPG fashion when he reaches a certain plateau, he will gain a skill point. Skill Points are spent in the menu to obtain new abilities that greatly improve Death’s effectiveness in combat. Some offer new combo possibilities in the form of new abilities, while some offer positive passive effects for Death or negative effects for his foes when struck in combat.

Death also gains special abilities as he progresses in his adventure, with my personal favorite being Death’s Grip; a grappling hook of sorts that opens up new exploration opportunities throughout the world and new ways to solve puzzles. There are multiple abilities similar to Death’s Grip which not only open up new combat possibilities, but unlock new areas to explore. 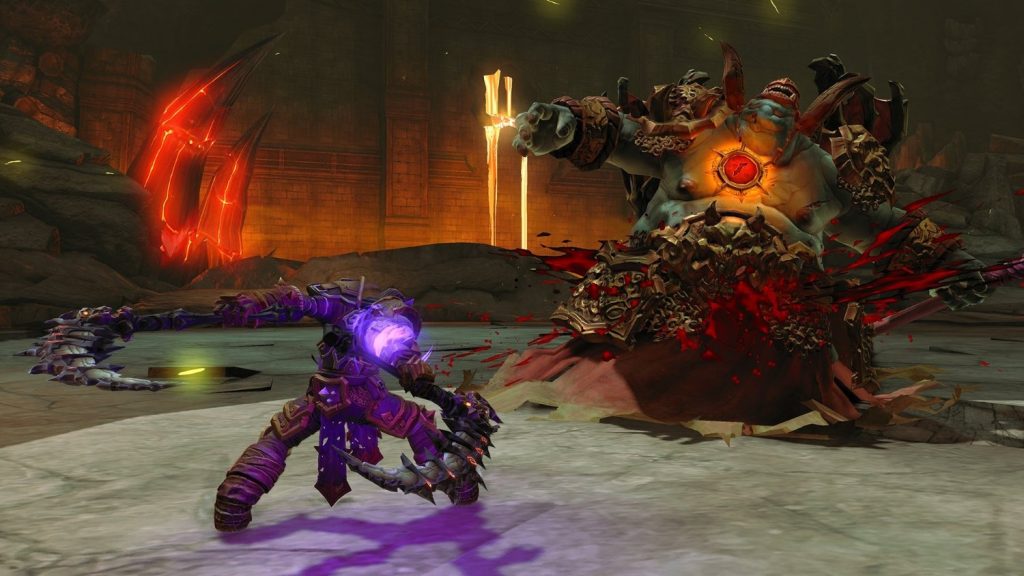 There is nothing more satisfying in Darksiders II than tearing up hordes of enemies one after another, especially with all the combat options Death has available to him. Combat is varied, fast-paced, and after a little bit of practice with your combos, oh-so-gratifying. You’ll get the timing of your combos down to an art and just flow from encounter to encounter without skipping a beat or taking any damage whatsoever. I cannot stress enough how much fun the combat is. In a lot of the bigger areas where it’s best to mount Despair and cruise on through, you’ll often be hoping a mob of monsters springs up out of nowhere just so you can hop off and tear them up!

However there is one slight downside to the Nintendo Switch version of the game — the graphics. It appears that the resolution took a small hit, and in some spots even the framerate. While personally this did not affect my enjoyment of the game very much, it was very noticeable, almost jarringly so. Coming from the PC version it’s especially noticeable. Environments look very grainy and even blurry in some spots, and when there was a lot of action on-screen there was a slight different in framerate consistency. While it may be a bother to some, I consider it a very small sacrifice to have this game portable. You can save the game just about anywhere, making it perfect for little spurts of gaming when you have some free time on the go. 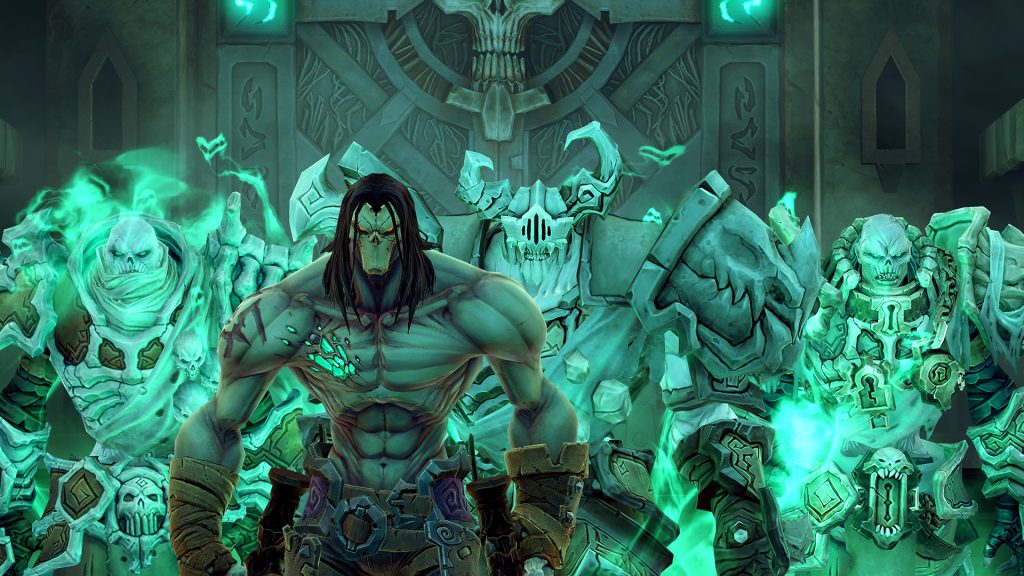 Despite some noticeable visual downgrades, Darksiders II – Deathinitive Edition for Nintendo Switch is still very much worth your time. Playing as Death and hacking up your enemies on the go makes for a great portable experience. 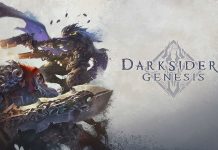