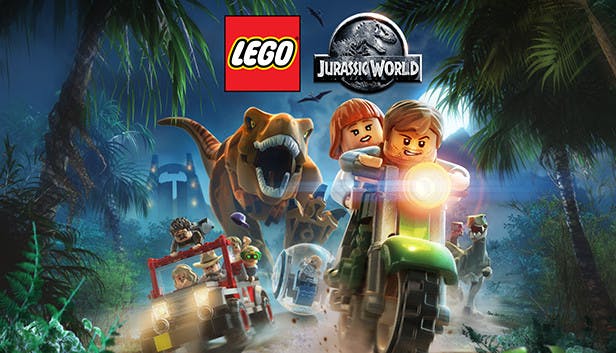 When it was first released to coincide with the theatrical premiere of Jurassic World, LEGO games were reaching their peak popularity, and LEGO Jurassic World offered up another opportunity for people to deconstruct and rebuild some of their favorite movies. Featuring faithfully recreated storylines and wonderful open-world renditions of the three islands and two parks, fans of either the LEGO or Jurassic Park franchises will find loads here to entertain them. While the 2019 Nintendo Switch port hasn’t changed anything from the original 2015 release, the game still offers up one of the more unique LEGO experiences on the block.

The franchises that have been adopted and recreated by TT Games have a certain magic about them, in their ability to take classic movies and re-imagine them as LEGO playgrounds without losing any of the character that the movies themselves exhibit. LEGO Jurassic World is certainly no different, and with the added benefit of voice lines pulled straight from the quadrilogy of movies, it really sets the atmosphere from Isla Nublar to, well, Isla Nublar again. With Chris Pratt.

LEGO Jurassic World on the Nintendo Switch is a port of the original game which was released across numerous platforms in 2015, followed by a mobile release in 2016. While nothing has changed with the most recent release on the Nintendo Switch, taking advantage of the portability of the console and split-screen (which were missing from earlier portable versions) certainly adds additional accessibility to the title. It’s a shame we still don’t have an online multiplayer option, but a small sacrifice to an otherwise generally open game.

As both a positive, and likely for some a negative, you’ll get exactly what you expect walking into LEGO Jurassic World if you’ve played any other LEGO games. The core systems have not changed substantially, apart from a new focus on taking control of the dinosaurs as playable characters, necessary for solving some of the game’s puzzles. Because when it comes down to it that is exactly what the game is about.

You move through each level and progress the story by solving LEGO puzzles that are always linked to your path forward. In some cases this could be as simple as using a single character’s ability, such as Alan Grant’s raptor claw to cut through a rope, to more complicated puzzles that involve multiple characters and constructing some new tools or objects; especially when you need to outsmart some of the more clever dinosaurs. Even these puzzles are typically fairly straightforward, and if you try to access a piece of equipment meant for a different character, it will pop up with a picture of that character.

Each character, or in some instances archetype of character, has a specific task that they are required for. Ian Malcolm has a flashlight. Owen Grady can dig through dinosaur feces. Children can scream and break glass. Hunters can shoot targets which often drop bricks or unlock areas. It’s in many ways the same LEGO character-based formula that we have seen countless times before, but it works. And in the case of LEGO Jurassic Park, it continues to work well.

Puzzles almost always come down to which character possess what tool, and ensuring that you utilize them when necessary. You will always be given the proper characters to progress through any given level, but like with other LEGO games you will not be able to solve every puzzle until you return with additional characters in Freeplay.

To ensure a solid replayability with the title, it’s impossible to complete all goals in a single playthrough of LEGO Jurassic World. You’ll come across numerous objects that can not be broken, or areas which cannot be accessed, until you have unlocked the requisite character and returned to replay the level in Freeplay mode. Playing cooperatively with a partner definitely helps with some of these puzzles, because as adept as the AI can be at assisting you in your goals, having another functional brain makes progressing through these sections a breeze.

While to some this may sound a bit tedious — having to backtrack through levels to get 100% completion — it really forms one of the core essences of the LEGO gameplay loop. There is a satisfying feeling going back through a level that contained puzzles that you couldn’t solve, only to bring the right team to lock down a perfect run; a True Survivor run, if you will.

Unlike other LEGO games where a lot of the post-game focus goes into unlocking all of the other characters, with LEGO Jurassic Park you’ll more than likely be more interested in unlocking all of the dinosaurs at your disposal. This can be done by finding hidden amber pieces throughout the levels and in the open-world park areas, and specific dinosaurs (especially the Dilophosaurus and anything that can charge) are useful, and in many cases absolutely necessary, for solving puzzles. Or more specifically, destroying things in your way.

The most unique sections of the game come from where you have to take control of a dinosaur to solve a puzzle, or in some cases, to fight another dinosaur. These situations put you into a quick-time event while you face off against another Jurassic foe, and while not especially difficult to master, the break from the traditional LEGO gameplay cycle is hugely welcomed.

Turns out you can teach an old raptor new tricks.

In addition to unlocking a plethora of different characters and dinosaurs from the Jurassic Park universe, there are a wealth of other hidden and puzzle-based unlockables to scour the open-worlds for. These include the usual Red Bricks, which will allow you to add various Extras into your playthrough, including score bonuses, character costumes, and some more humorous additions.

The only real difficulty in the game comes from trying to collect every item needed in chase levels, which aren’t unique to LEGO Jurassic World but are certainly one of the highlights of the game. The chases take your through some of the key moments in the movies, like the T-Rex chase seen from the original, and often force you to switch perspectives so you are driving towards yourself and away from a lumbering behemoth. It can be difficult to predict where items are going to be because of the perspective, and required a few attempts to almost memorize the runs.

When it comes down to it the real highlight of the game is how hilariously they have integrated the original stories into the gameplay. LEGO Jurassic World does a phenomenal job following the plot of the movies, and I’d argue presents more of the narrative through its gameplay than some of the other LEGO games.

Almost every quintessential moment from each of the four featured movies have been faithfully, and humorously, recreated in the LEGOverse. On more than one occasion I laughed out loud, and there were a few scenes that almost brought me to tears. Admittedly I have a long-standing relationship with Jurassic Park, but the team really did a stellar job at turning every scene into a parody of itself.

If you are a fan of the LEGO games but haven’t immersed yourself into a brick-based world in some time, I wholly recommend picking up LEGO Jurassic World on the Nintendo Switch. It’s different enough from the other LEGO games on the Switch to offer up something that you may not have seen in other LEGO titles, while being familiar enough to be comfortable to long fans of the series.

I’ve beaten LEGO Jurassic World now and am well on my way to a 100% completion alongside my wife, who is more than happy to be my cohort for these adventures. As soon as we finished the game, we immediately went back to start unlocking things that we were not able to on our first playthrough, and that enticement to complete our journey is the reason that this game should be in every LEGO fans’ library.

While the 2019 port doesn’t serve up any new content, LEGO Jurassic World is still one of the most unique and entertaining LEGO games on the market.

The review copy of this game was provided by the publisher. 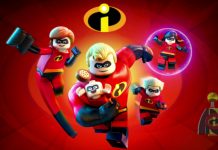 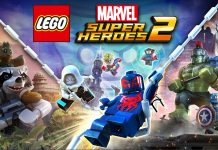