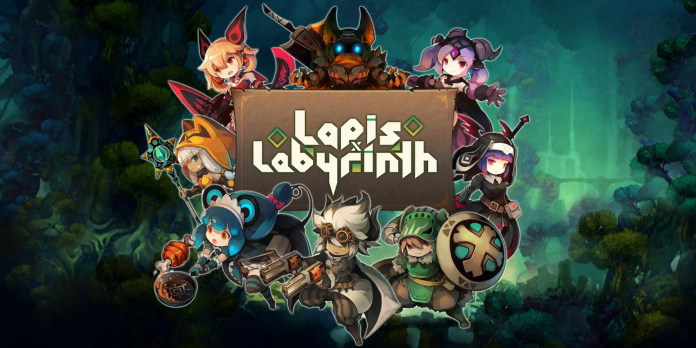 Lapis X Labyrinth is a bit of a mixed bag. On the one hand, it has cute graphics and a great overall design, lots of varied enemies to beat up, a formulaic but easy to understand flow, and just plain good ol’ fashioned fun gameplay. But on the other hand, it’s got a bit of a learning curve and throws a lot of new information at you right at the start.

Things can be very hectic in actual combat during quests, with the screen absolutely teeming with numbers, items, colors, and all sorts of stats to keep track of. Despite the initial overwhelming barrage of information, the game really isn’t that complex, and Lapis X Labyrinth isn’t meant for anything deeper than a just a fun, if not really involved, way to beat stuff up! 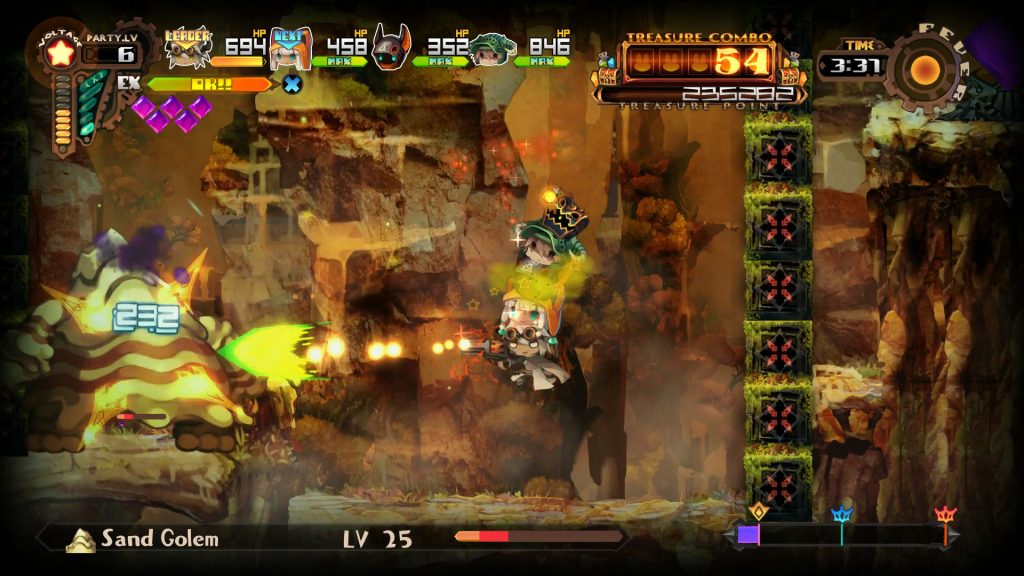 Lapis X Labyrinth (simply pronounced Lapis Labyrinth) takes place in a small village that has definitely seen better times. It’s on the verge of collapse, both physically and economically speaking, and its population has dwindled severely over the years. What used to be a haven for adventurers and merchants alike is now a shadow of its former glory. As a last desperate attempt to revitalize the town, the Mayor put out a call for adventurers to come and explore the Labyrinth — and only you respond.

Once you get started, you’ll create 2 characters. These characters can be of any of 8 different classes, each with their own abilities. Shortly after this and the introductory cutscenes, you can make up to 2 more characters to accompany you into the Labyrinth. You’re allowed to have more, but you can only take up to 4 into the Labyrinth at any given time. Once inside the Labyrinth, your characters stack up and act as support to your controlled character. You can swap between them at any time, and use their abilities almost freely.

In addition to the usual string of normal attacks, you have 4 special attacks which depends on the directional button pressed with the special attack button, and a special Support skill with the R button, called an Extra Order. This sees your support characters suddenly jump off of you and perform massive screen-covering attacks, or providing heals to your team. You’ll never need to really do much more than spam your attack buttons though: the game seems to be designed around mindless button-mashing. You never need to change your tactics or choose specific characters or skills, even when faced with a new boss. Just keep pounding away at your enemies and they’ll eventually fall. 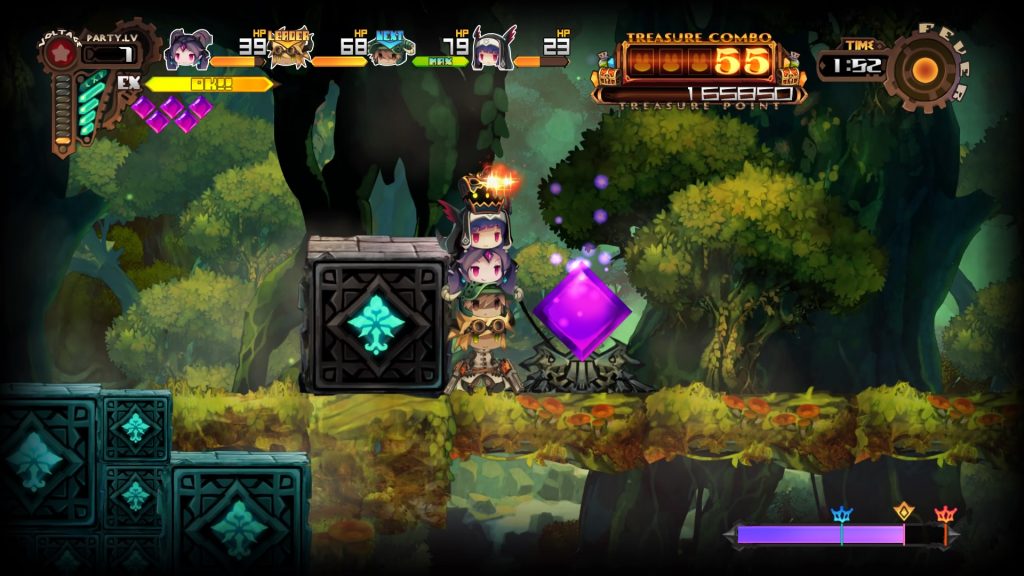 As you do battle, you’ll simultaneously charge up a couple of different meters. One is your Extra Order meter, which fills fairly quickly, and the other is the Fever Meter. When the Fever Meter is filled, you enter Fever Mode, which sees a few changes for a limited time. Firstly, everything explodes with colors, fireworks, and gems, as each hit on an enemy in this mode increases your chance of obtaining rare treasures. You’ll activate Fever Mode many times while your out on a single quest, so it’s not unheard of to go home with hundreds of pieces of loot as your prize. Despite all of the explosions of objects, colors and more that appear on screen during Fever Time, there is surprisingly no framerate dips, lag, or slowdown whatsoever. The Nintendo Switch holds up remarkably well here, and overall the game runs beautifully.

On the graphical flipside, environments seem a bit stale and overused. There’s maybe 7 or 8 different backgrounds overall that I remember seeing, and you’ll be playing in what feels like the same areas over and over. Layouts are different in each one, but the game consistently reuses the same textures, colors, and design. However, this does really makes you feel like you’ve discovered a whole new world when you get deep enough in the Labyrinth and find a map style. Not that you’ll really be focusing on the environments a lot during the gameplay, as there is always a lot going on, but you’ll notice all the similarities after a little time in the dungeon. 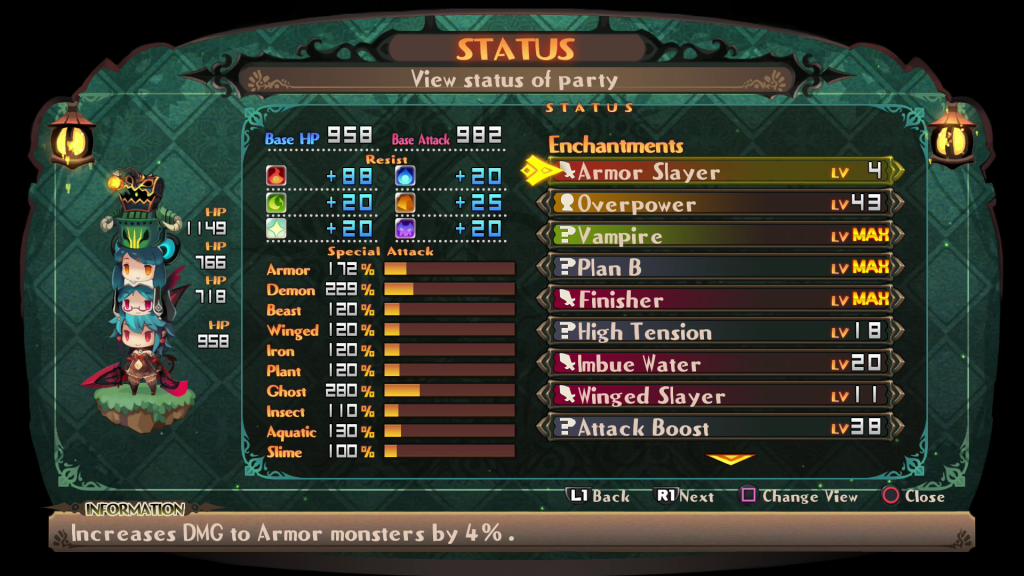 After each quest, you’ll return to town and sort through all the loot you picked up and choose your next quest. The loot system is a bit random in that you’ll never know if you are getting any upgrades to your gear or not. It’ll look real shiny, sure, but then it’ll drop your stats by a sizeable margin. You’ll find yourself quickly skimming through new equipment, throwing on anything that offers an increase in stats — no matter how small — then getting rid of or ignoring the rest. So while you do amass very large amounts of loot very quickly, a large portion of it is ultimately garbage. It’s up to you to sift through it all and find some value out of what you bring home.

Each piece of gear can come with numerous abilities on them, offering what can be very large increases to your damage output versus certain types of monsters, or large increases to HP and resistances. These all stack, just like your characters, and if equipped properly you can absolutely mow through whatever the game throws at you in each section of the Labyrinth. 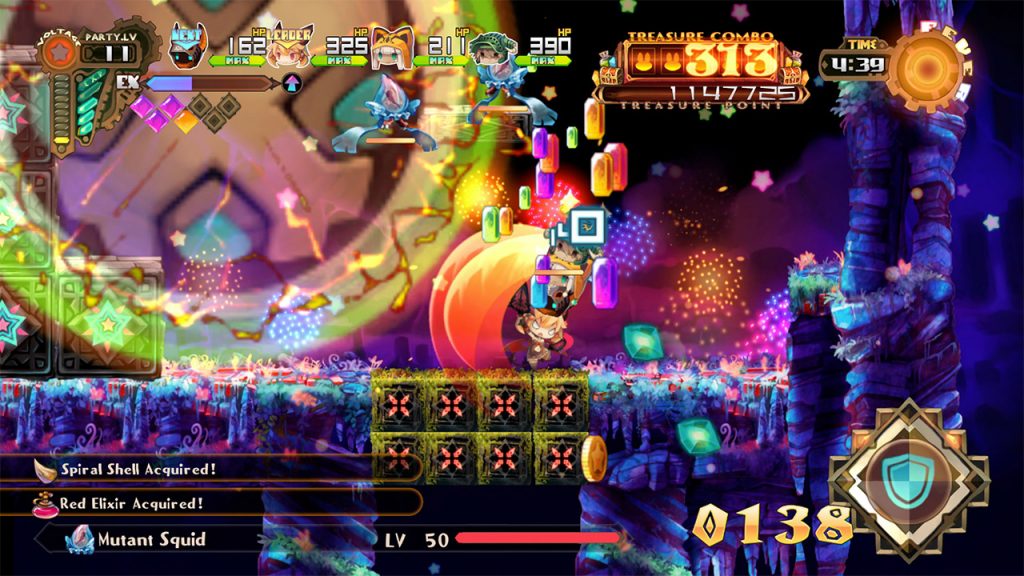 When it comes down to it, Lapis X Labyrinth is a really fun hack n slash dungeon crawler designed to be simple but satisfying to play. Despite its lack of depth or complex battle mechanics, I often found myself saying “Just one more quest!” and ended up doing 6-7 more before turning the game off each night.

Even though you might not know what’s going on a lot of the time at first, it’s addicting once you get started, and the simplicity and overall charm keeps you going and going. Lapis X Labyrinth is flashy, full of fun style, and overall just a great time. Well worth checking out if you are looking for a new loot-grabbing dungeon crawler to add to your library.

A fun dungeon-crawling romp of a game, Lapis X Labyrinth offers simple but satisfying gameplay that’ll keep you going for many hours.

The review copy of this game was provider by the publisher.

Why Samus Returns Could Make or Break 2D Metroid