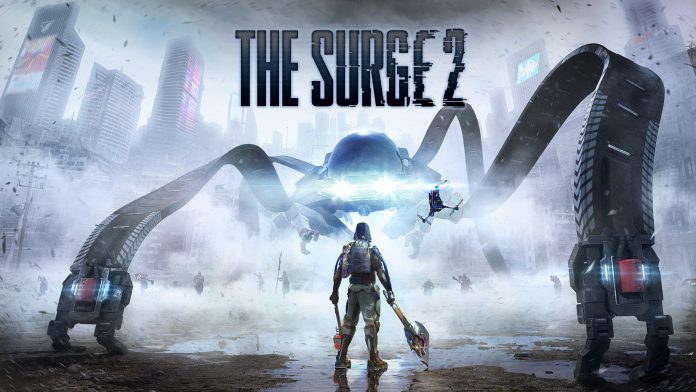 In a distant future where humans have depleted the world of its natural resources, a company by the name of CREO attempted to salvage the planet through the large-scale use of nanite-technology, meant to help restrengthen the Earth’s atmosphere. The plan, codenamed Project UTOPIA, ultimately failed when the nanites became self-aware and launched rockets which spread their corruption far and wide.

Following the nanites becoming self-aware and unleashing a devastating surge that corrupted all humans and machines attached to CREO technology, the world was plunged into chaos which decimated the remainder of its infrastructure and cost countless lives. Hope seemed lost for the remainder of civilization, even after the actions taken by Warren, the first games’ protagonist.

You are the Warrior. Awakened after one of the rockets from Project UTOPIA crashed into your plane, releasing the self-aware nanites and killing everyone on board. Or so you thought. When you awaken months after the launch of the rockets meant to save humanity, you find the world in an even more catastrophic condition than you left it. While you have no idea what has happened, visions of a little girl named Athena from the plane continue to haunt the player.

The Surge 2 is an open-world action adventure game, which often falls into what many reviewers and gamers alike like to categorize under the “Souls-like” umbrella. The term stems of course from Dark Souls, and is meant to describe games which are punishingly difficult, feature an area-based respawn system, and cause the player to lose all collected experience upon death. And you will die.

To simply call The Surge 2 a “Souls-Like” is to substantially detract from the substantial differences and evolutions which have been made to the formula to create a game that follows the archetype, but diverges substantially to give us a wholly new experience. The Surge 2 has built upon their exosuit-based combat from the first release to create an experience that will constantly keep you coming back for more punishment.

The atmosphere of Jericho City is one of constant survival and dread, because outside of a few safe havens, machinated death lurks around every corner. From the moment you awaken, Deck13 does a spectacular job of eliciting the apocalyptic setting, represented visually by the crumbling structures, dense overgrowth, and sprawling vistas. While the factory-setting of the original game got a little drab after a while, The Surge 2 presents a vivid depiction of the end, through a slew of different environments each with its own hidden areas and intersecting paths.

It can be easy to become lost in The Surge 2, as Jericho City is no small place. You’ll find many different ways to get from point A to point B, and many different ways to approach every single encounter. As you progress through the game you’ll unlock new abilities, such as the Lifter Hook and the EMP-44 Starfish. These items unlock new areas for exploration, or in some cases simply make it easier to re-traverse areas that you’re already explored. These items aren’t just laying around at a vendor though, and you’ll have to search thoroughly if you want to find these useful gadgets.

Combat in The Surge 2 is just as much about strategization and preparation as is it about overpowering your adversary. If possible it is always advantageous to surprise your enemy, and many encounters will offer an opportunity to do just that; cleaving off a large amount of health with a surprise attack before the fray ensues, or attacking a mob from a specific direction to funnel them through a tunnel. Decimating your enemy’s health before they have a chance to react is a crucial aspect of combat strategy, and can often be the difference between a overwhelming victory, and escaping with a fraction of your health (or not escaping at all).

Once the melee has ensued however, combat becomes a much more delicate balance, staying on the move and seeking out every little opportunity to punch through an enemy’s defenses to deliver attacks against armored appendages. The combat is extremely satisfying, and feels much more fluid and less clunky than the original game. Combining a well-implemented dodge, block, and counter system, you’re really open to engage in combat in whichever way works best for you.

I use a strategy and weapon/armor combination that serves me better when I stay on the move, utilizing dodges and quick attacks in lieu of a heavier-armor build which may opt to block more often and soak up damage before delivering a devastating counter-attack. It’s wise not to stick to a specific combat-style though, as you’ll come across new enemies and situations which require you to adapt, or perish. I learned this fairly early into the game where I had to master my block and parry, or make constant trips back to the MedBay to heal and upgrade.

Boss fights are another beast entirely, and while you have to utilize the targeting system in a similar way that would would for fighting your usual foes, you now have to target various limbs and weak-points to successfully take down your quarry. Each boss has a very specific strategy to take down, and I’m not ashamed to say that it took me a couple hours to finally be able to handle Little Johnny, the antagonist in the quadrupedal suit from the cover art.

The MedBay is where you’ll do all of the work on your exosuit rig, and it’s also where you’ll respawn countless times after your many deaths at the hands of capable foes. Finding a MedBay is your only source of a “checkpoint” in The Surge 2, so they are like finding an oasis in Jericho City. At these pods, you can climb in to regenerate your health and activate a respawn point, but you can also use all of the tech that you have gathered from slain enemies to upgrade your core power and any of the armor or weapons that you’ve constructed.

This is because battles in The Surge 2 aren’t just about defeating your enemy; they’re about upgrading and expanding your own exosuit and arsenal. This is one of the aspects where The Surge 2 differentiates itself substantially from any other game in the genre; and from most other games in existence. Almost all of your armor and weapons will come directly from the opponents you face off against, and you’ll have to cleave it off if you want to take it home.

And you want their armor. All of it.

You don’t just have to defeat an enemy to get a piece of their equipment though; you have to specifically target a specific part, weaken it, and then sever it from the rest of the body. Each type of enemy will wear specific exosuit sets and wield a small variety of weapons, and you are free to extricate any of those from the lifeless body of your former enemies. The executions — or should I say amputations — are easily the most exhilarating aspects of combat. I attempted to execute every single enemy I encountered in this fashion, both because it was an effective way to dispatch them and because even after gathering a piece of armor you could continue to cleave off upgrade parts which are essential at MedBays.

Some of the most fun that I had in The Surge 2 was going after armor pieces to complete my full sets in my inventory. Enemies spawn with armor randomly on their appendages, so it can take a little bit of time to find the right enemy with the right piece that you’ve been waiting for to complete a set. But it is extremely worthwhile to do so. Exosuit sets give unique bonuses when they are complete, and moreover just look extremely badass when fully assembled.

It’s almost similar to Monster Hunter in that way; that exciting feeling you get when you’re going on a hunt for that last exo-part that will allow you to finish crafting your armor set. And the sense of accomplishment that only comes from a hard-fought battle and some well-deserved spoils of war.

Unlike the compelling combat and loot-system, the story feels like it is sidelined by the much more visceral, impactful gamelay. It’s not the most compelling story at its onset, but there are some exciting twists and turns throughout the narrative that brought unexpected changes not just to the story, but to the entire game world. The best aspect of The Surge 2‘s plot is that it directly affects the world that you think you’ve come to know halfway through the game, reshaping it in ways that only nanites can.

There are some colourful characters that you meet along the way who spice up the narrative, as well as some returning faces from the original game. As you’re traveling through the different biomes and areas of Jericho City, you’ll come across individuals who are looking for a hand with their problems, and these side quests present some of the more humorous interactions with individuals. The beauty of the game though is that it won’t always be the plot that compels you forward: it will be your drive to kill, survive, and build the greatest exosuit that has ever graced the city of Jericho.

If you’re a fan of punishing action-adventure games and one of those gamers that absolutely needs to complete gear sets and grind out every piece or armor, The Surge 2 is everything you’ve been waiting for. It presents a very different concept of the so-called “Souls-like” genre, and offers up one of the most enticing loot-collection systems I’ve experienced.

The Surge 2 presents a stale genre in a completely new light, rebuilt piece by piece to create a captivating experience that is anything but “Souls-like.”

The review copy of this game was a digital code provided by the developer. 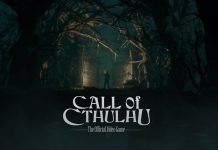