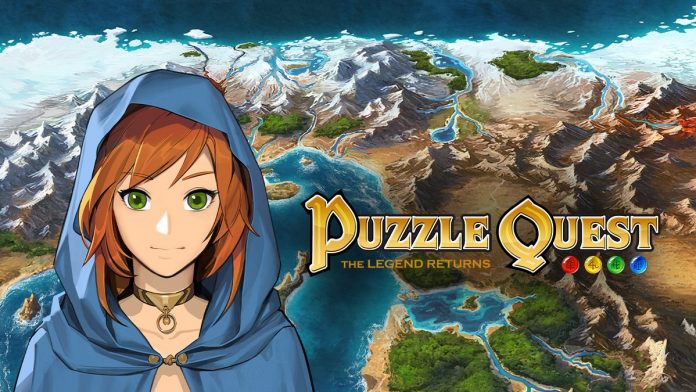 When I heard that Puzzle Quest: The Legend Returns was coming to the Nintendo Switch, I was more than a little excited. I’ve been a fan of the series for a number of years, and own it on every platform it’s available on. It’s had 3 entries so far: Puzzle Quest: Challenge of the Warlords, Puzzle Quest 2, and Puzzle Quest: Galactrix. Each one was unique and had the same basis in Match-3 gameplay, but they did things a bit differently with each one. However, Puzzle Quest 2 and Galactrix didn’t garner as much attention as Challenge of the Warlords did. This is perhaps why we are seeing a new, updated version on the Nintendo Switch now. And I couldn’t be happier. 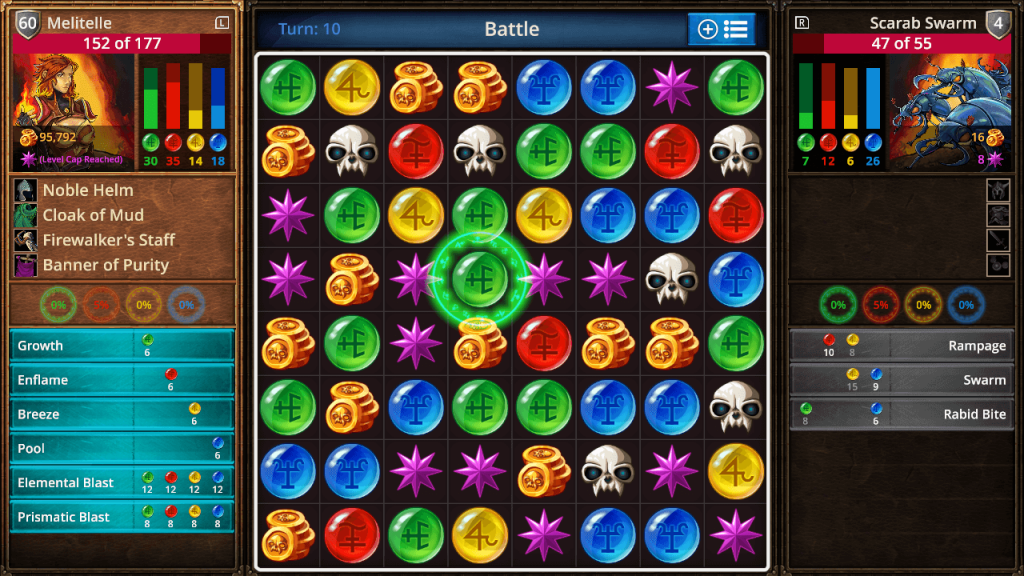 Puzzle Quest: The Legend Returns is essentially a remastered, complete version of Puzzle Quest: Challenge of the Warlords. This version is upgraded and tweaked for handheld/console play, with tons of extra content — including the expansion Revenge of the Plague Lord — but also includes some brand new content exclusive to the Nintendo Switch. Tons of new quests, items, monsters, and playable classes grace this nice, fairly priced new package.

As with most Match-3 games, gameplay is more or less the same basic concept. Match 3 or more of the same gem to clear them from the board each turn. However, Puzzle Quest pits you in combat against an AI opponent, and each gem is meaningful and holds some sort of purpose. Colored gems (Red, yellow, blue, and green), award mana when matched, which can then be used to fuel spells and abilities. Matching skulls deals damage to your opponent, while matching gold and purple crystals award you with gold and experience points, respectively.

Gold can be spent on equipment, and experience points level your character up, providing a variety of bonuses to your stats — including how much additional mana in generated with each match. Matching 4 gems grants you an extra turn, while matching 5 gems creates a wild card, which awards an extra turn in addition to a multiplier to the mana generated when used in a match. Build mana, use your spells and match skulls to deal damage, and play smartly to defeat your opponent. This is the basic flow of Puzzle Quest. 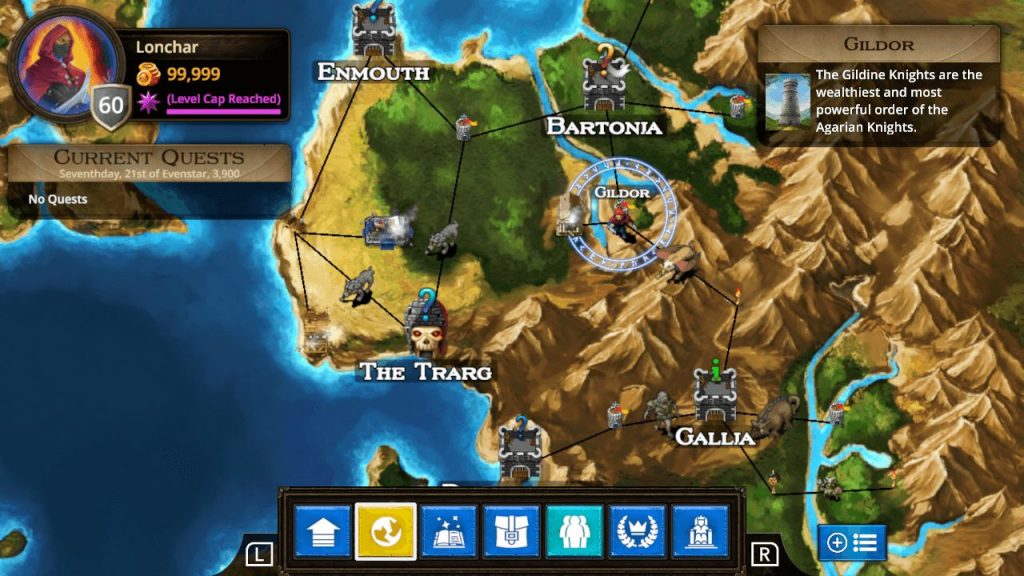 As with any RPG, Puzzle Quest has a lengthy story, however it is the game’s weakest point. It’s extremely basic, almost bordering on boring and uninspired. An unknown threat is encroaching on the kingdom, and the royal family sends you out to take on said threat to save the kingdom. To this end, there are numerous quests to prepare you to face this threat and level up. There is quite a bit of dialogue in between battles, but you will most likely find yourself skimming through it (or even skipping it altogether) just to get to the gameplay. And the gameplay is definitely where the game shines most.

As you progress and grow stronger, you will amass equipment, items, spells, and abilities to help you on your quest. You will also unlock numerous new mechanics that all work differently but still follow the same basic Match-3 formula in their execution. The biggest part is you will be building up your own citadel, with each piece of it offering bonuses to you in battle. These upgrades cost a hefty amount of gold, so start saving early…however the payoff is well worth it. You are also able to capture certain creatures you encounter to use as mounts after completing a special puzzle for each one. They do not allow you to cross the expansive map any faster, but while in use each mount provides extra passive benefits.

The equipment you obtain offers small boosts as well, but in late game these boosts turn into make-or-break boons that can turn a tough battle into a cakewalk. Pay close attention to what each piece of gear does, and don’t throw away or sell anything until you find an upgraded version, if at all. Expect to see things such as reducing incoming damage, boosted mana, gold, or experience gain, and even things like doubling damage against certain types of enemies. These pieces of gear are so incredibly helpful, I cannot stress enough how important it is to hold onto them! 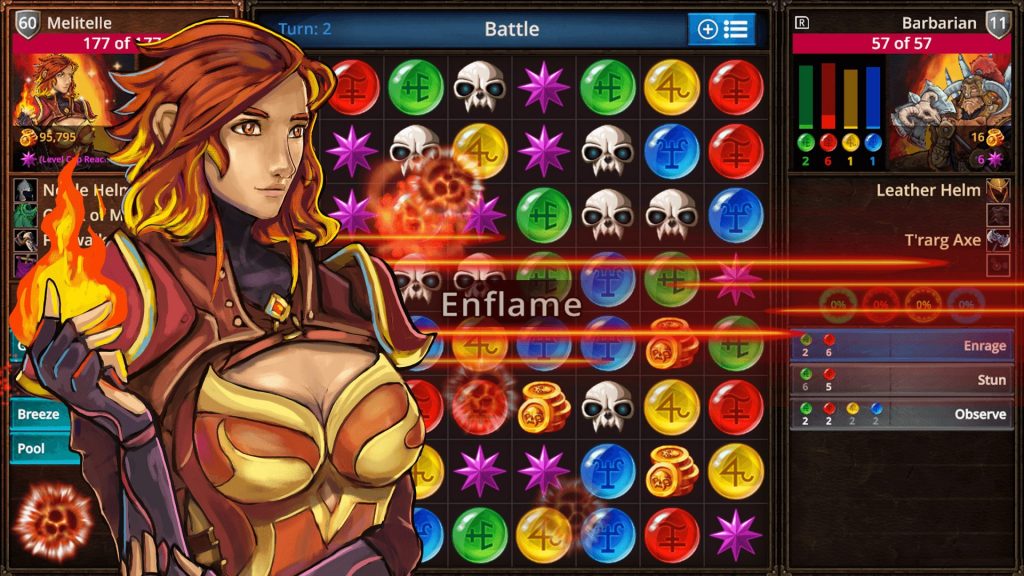 Puzzle Quest isn’t a particularly demanding game to run, but that being said it runs very well on the Nintendo Switch. It only takes a little time to load up initially, and then you can get right into the action. Load times between battles are just a few seconds, and after battles you can jump right into a new one should you choose. And with battles only lasting a few minutes each, at most, Puzzle Quest is absolutely perfect for quick gaming sessions on the go or before bed. This is another one of those games where you might tell yourself “just one more!” and then several hours pass without you noticing.

My only complaint with this version of Puzzle Quest is that it seems like enemies are quite a bit smarter this time around. Even on the Easy difficulty, with an Easy rated class, it seems like the AI gets a LOT of extra turns from matching 4 or more gems, resulting in some battles feeling a little more unfair than they should be. I had one battle where, after my first initial turn, I did not get another turn for the rest of the battle because the AI got about 17 extra turns in a row. Thankfully, there is no shortage of battles available, so you can always go back to an easier encounter area to grind. Random battles are always appearing on the map inbetween locations to hinder your progress, offering tons of opportunities for gear, gold, and experience. 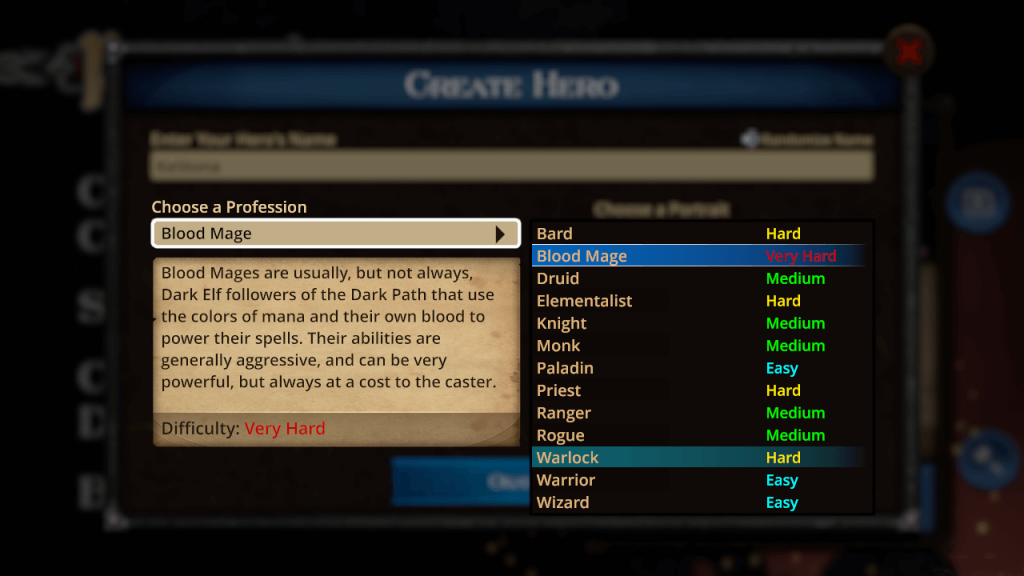 Puzzle Quest: The Legend Returns is exactly what it describes itself as — a legendary game making a surprise return to grace the Nintendo Switch. Despite owning Puzzle Quest on three different platforms (Playstation 2, PSP, and Nintendo DS), I jumped at the chance to also have it on the Nintendo Switch. If you are in the market for a Match-3 experience, you like this genre, or are maybe looking for something a bit unique and different, Puzzle Quest: The Legend Returns won’t steer you wrong.

An excellent Match-3 Puzzle game with extensive RPG elements. Puzzle Quest is great for long or short gaming sessions to test your skills in battle and with puzzles.