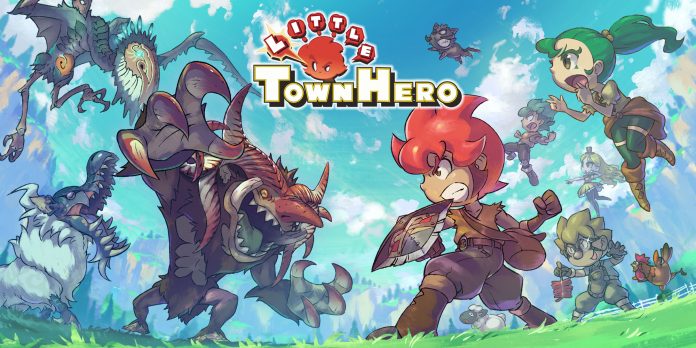 Nintendo teased a colorful little RPG in a Direct late last year, codenamed “Town”. After it was shown off, it just vanished, and we got no further information until late this year. Then, on October 16th, 2019, Little Town Hero quietly released with little-to-no fanfare. Game Freak is best known for developing the ever popular Pokemon franchise, so the expectations for this game were a bit high. It looked and sounded wonderful, and those of us who had the game on their radars were looking forward to its eventual release. Now that it’s out, does Little Town Hero stack up to the standard of quality set up by the well-known JRPG developer? 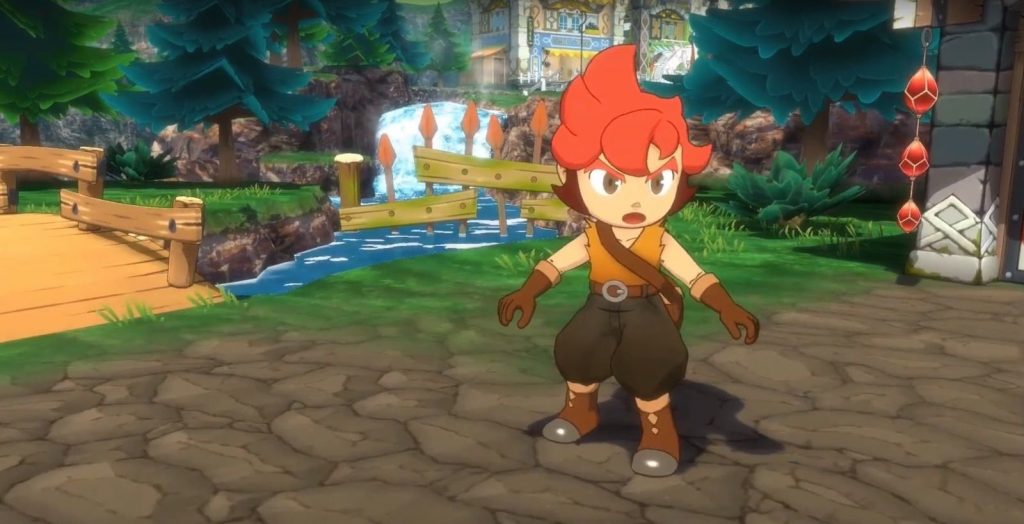 Little Town Hero takes place entirely inside the small titular, unnamed Town. Our protagonist, Axe resides in said town with his family, friends, and fellow townspeople, and dreams of seeing the world outside of the town. However, the only way out of the town is through the castle, which is situated to be a sort of gateway right inside the valley that leads out of town. No one has ever been permitted to leave the town, except for a few castle guards. The story begins with Axe and his friend Nelz trying to distract the guards to get inside the castle, but are foiled by Axe’s rival Matock.

Eventually Axe meets the Captain of the guards, who agrees to train Axe in combat. Just in time too, because the town is very shortly afterwards attacked by a giant monster. Little Town Hero‘s combat system revolves around Izzits and Dazzits, which are ideas and their realized forms. Each Izzit is randomly generated at the beginning of battle and put into your “pool” of actions, but must be given energy each turn to be converted into Dazzits. There are many different Dazzits, each with an Attack and Defense number, which affect the outcome of Dazzit clashes. Your overall objective is to break all of your opponent’s Dazzits, and then deplete their hearts with what you have left. It’s an interesting system, but it has a few flaws. 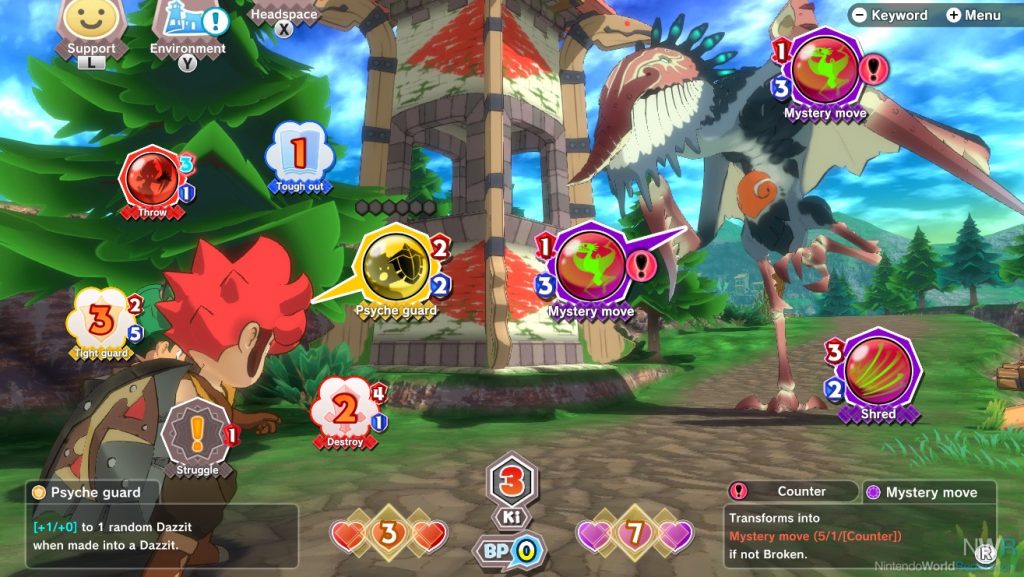 First, the Izzits you have to work with each battle are randomly generated from a set pool. You can start the same battle several times and a few of the Izzits will be completely different. This adds a somewhat frustrating RNG element to the game that can be more of a hindrance than anything, leaving you completely at the mercy of chance more than a few times. Later in the game a single battle can end up being an hour or more long, when at times you know you could defeat the monster faster if the Dazzits weren’t completely random. So you can imagine when you invest that much time into one battle and don’t get one or two Izzits you need that it can be a chore to redo the battle in order to clear it.

Battles, however, feel like a great ordeal as a result of the RNG. When you finally defeat your foe it feels great, like you accomplished something, but you get almost no reward except being able to finally move past that hurdle you just spent an hour on. The boss encounters are all huge, highly detailed monsters, but there are plenty of battles against other NPCs peppered throughout the adventure. These monster designs are fantastic, being some of the most creative designs I’ve seen in a very long time. Sometimes battles will transition to a grid-like map, made up of sections of the town. You can use a turn to move to a new section, which can sometimes hide a trap for the enemy. But these grid transitions and the chess-like gameplay of them only really serve to push already very long battles to last even longer, and they feel like a chore when you just want to continue on with the story or get to the next challenge after so long. 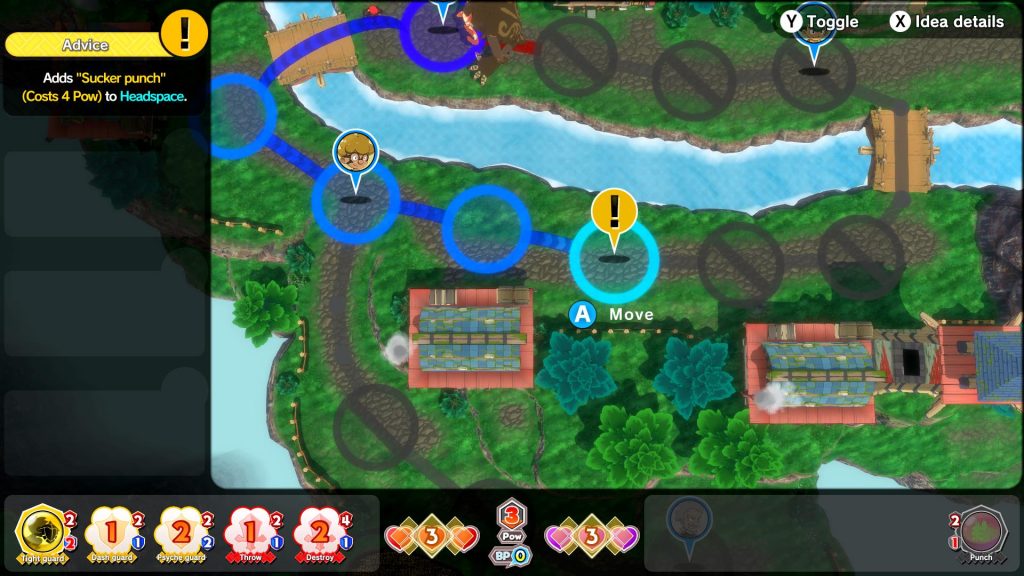 Perhaps the best point of the game is the vibrant, eye-popping, and colorful graphics. Everything is gorgeous and highly detailed, almost reminiscent to Ni No Kuni’s artstyle. But even with the art and graphics there are problems. For instance, the town’s NPCs — outside of the primary characters — are reused quite frequently. You can run from one section of town to another and see the exact same NPC model multiple times in the next area. I t comes across as sloppy, uninspired, and maybe even lazy. Game Freak was allegedly working on this game alongside Pokemon Sword/Shield, so it perhaps didn’t have a full team on it. It was probably more of a side project than anything, and it actually shows.

Little Town Hero has some neat ideas, great graphics, and a good premise….but the lack of polish and refinement holds it back far too much. This title feels like it might have turned out to be pretty okay if it had more time to simmer in development. It felt like a side project, with a lot of padded content to just make it seem longer. All of its little problems simply add up to be far too much, weighing down the overall experience. For the price of entry it’s not too bad, but it’s perhaps best to wait for a sale or a markdown for this title. It’s not terrible, it’s not great…just mediocre. This delicious looking cake just needed a little more time in the oven.

Little Town Hero has some interesting ideas, but its flaws pile up too high and prevent the overall experience from being enjoyable.