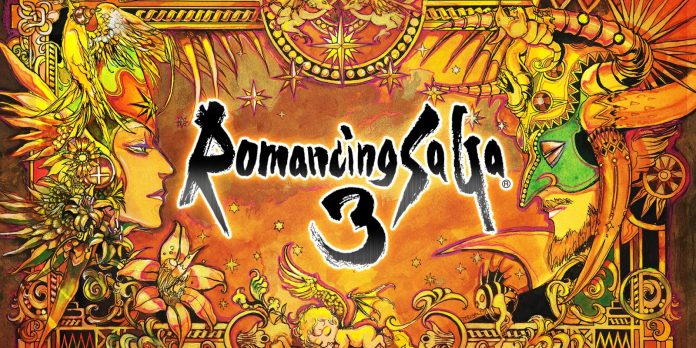 Originally released on the Super Famicom system in Japan on November 11, 1995, Romancing SaGa 3 is the sixth game in the long running SaGa series of games. Known for their open-ended gameplay, mix of different stories, numerous protagonists per game, and unorthodox leveling system, the SaGa series has been filling somewhat of a small niche for many years. With a western localization finally in our hands, we get to experience the game via an official translation at long last. But how does it fare in today’s modern gaming environment? Is it still worth playing now, in an age where sprite-based RPGs are no longer commonplace? 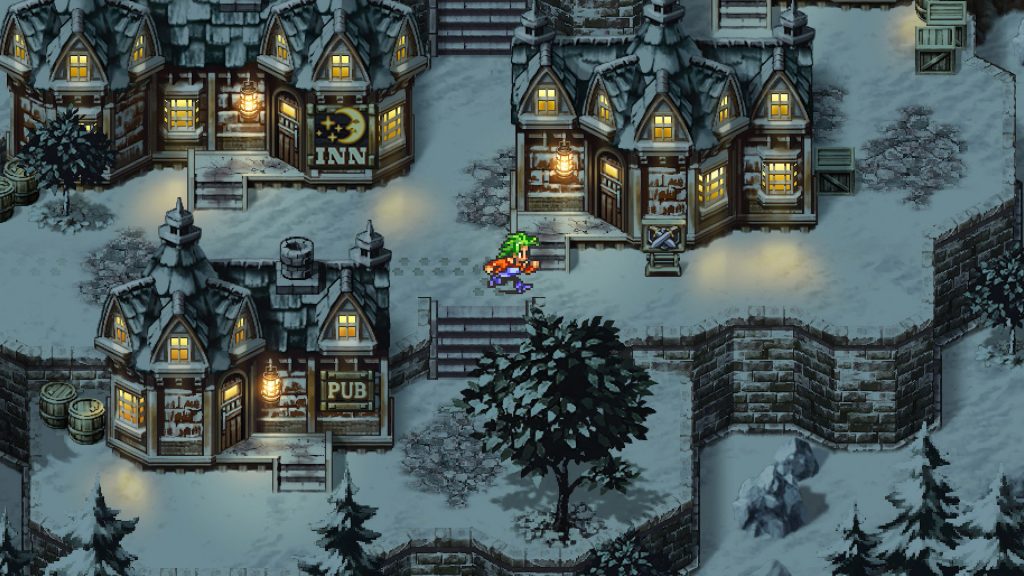 What’s important to note about this new version of Romancing SaGa 3 is that it is an HD remaster with a ton of new content, but the release is digital only. Sporting new graphics, a brand-new dungeon, several new story scenarios, and a shiny New Game+ feature, this is hands-down the best way to play this RPG classic. With the ability to choose one of eight unique protagonists to play as, you can experience the story from one of several different viewpoints and meet many different characters along the way.

But how’s the story? Well, in the game’s world, once every 300 years the Rise of Morastrum — a “death eclipse” — threatens the existence of the world. All born in that year are doomed to perish before its end. However, there came a time when a sole child defied fate and survived. He then went on to use the power of death to unleash four mighty Sinistrals from the Abyss to terrorize the world. Then one day…he simply vanished. Another 300 years passed, and again another child defied fate. She came to be known as the Matriarch and brought peace to the world by sealing the deadly Sinistrals back in the Abyss. It has been 300-odd years since the appearance of the Matriarch. Humanity now stands at the fulcrum between hope and despair. It’s nearly time for another “death eclipse”, and the game takes place just before it. Some heavy stuff, to be sure, and quite an interesting setup. 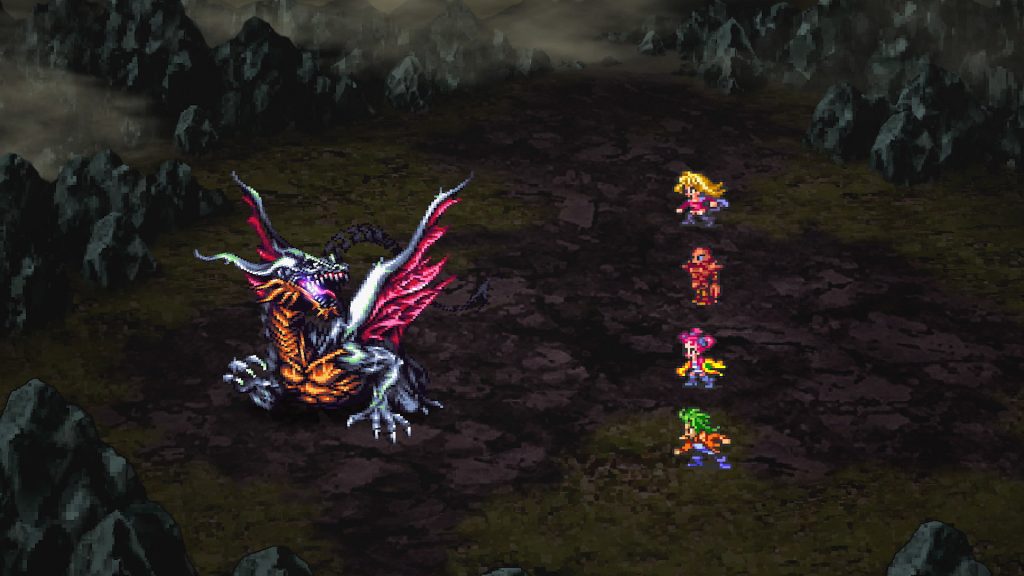 If you have never played a SaGa title before, then you should know that they are not your standard RPGs when it comes to character growth. You do not gain experience points and level up in the traditional sense. What’s in place here is what I like to call a use/investment system, meaning the more you use and invest into particular skills or magic, the more they will grow. Want a particular character to be a heavy magic user? Buy a spell, use it as much as possible, and watch your Magic Skill and MP pool skyrocket over time. It’s very flexible, and while certain characters do lean towards certain types of builds and uses, you can make any character be whatever you want with enough time and investment.

However this is probably the worst part of the system. Whether or not these stats increase is entirely up to RNG after battle. 9 times out of 10, your HP will likely be the only stat to increase, as MP, SP, and Skill stat ups are a lot more uncommon. They do happen, but they can require some heavy grinding at times. And when I say random, I really do mean random. You could go a dozen or more battles casting magic every single turn in every single battle and not see your magic skill increase at all. 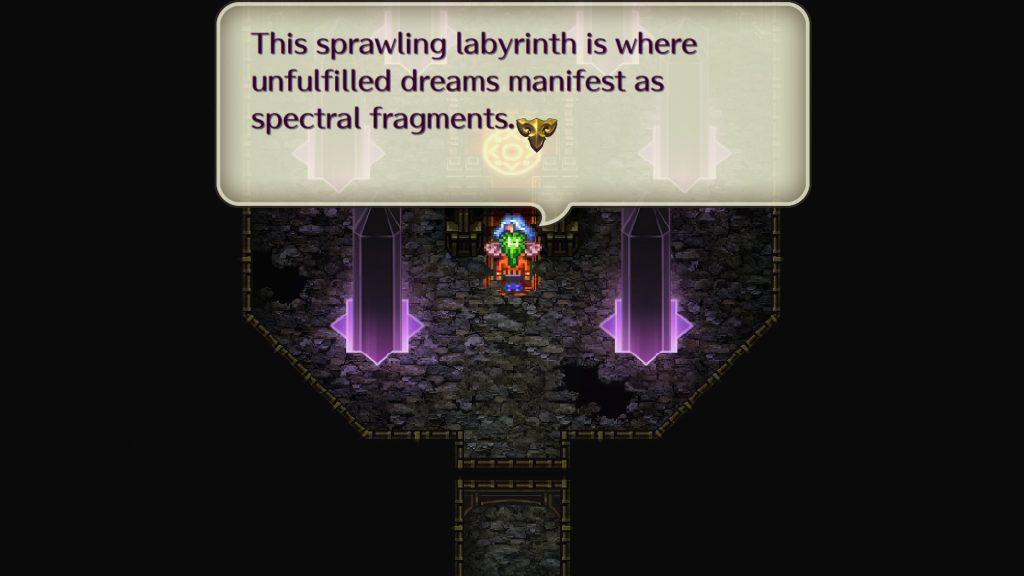 Perhaps that is the system’s greatest strength though; its flexibility. You can make your characters however you please and still complete the game. It’ll require a lot of work but it can be done. With 8 different main protagonists and almost two dozen additional recruitable characters, you’ll have a very robust roster of characters to choose from and build up. Some can only be recruited by certain protagonists, and some can only be recruited under very specific conditions and circumstances. Did you ever want a talking lobster man or a sentient snowman in your party? You’re in luck, because you’ll find them here!

But why so many recruitable characters? Well, mainly because each character has a special stat called LP – Life Points. This is a static number that does not increase like other stats. When a character’s HP is depleted and they are knocked out, LP decreases by 1. If that character is attacked further while they are knocked out, LP will decrease with each hit. When LP reaches zero….that character dies permanently and is removed from your party. Luckily, you can recover your LP by resting at Inns in one of the many towns, and your HP is recovered completely after every battle. So in case you have far too many characters accidentally killed off, you’ll have a few replacements ready to fill in any gaps in your party.

One more of the notable traits of SaGa games is that new skills and techniques are learned in the heat of battle, often from flashes of inspiration when attacking enemies. This is called “sparking”, and much like your stats going up is completely random. Signified by a light-bulb appearing over a character’s head, when the technique is sparked and the battle ends, the ability is permanently added to that character’s list of abilities. Spells, however, must be purchased from shops, so at least you don’t have to worry about sparking new ones. 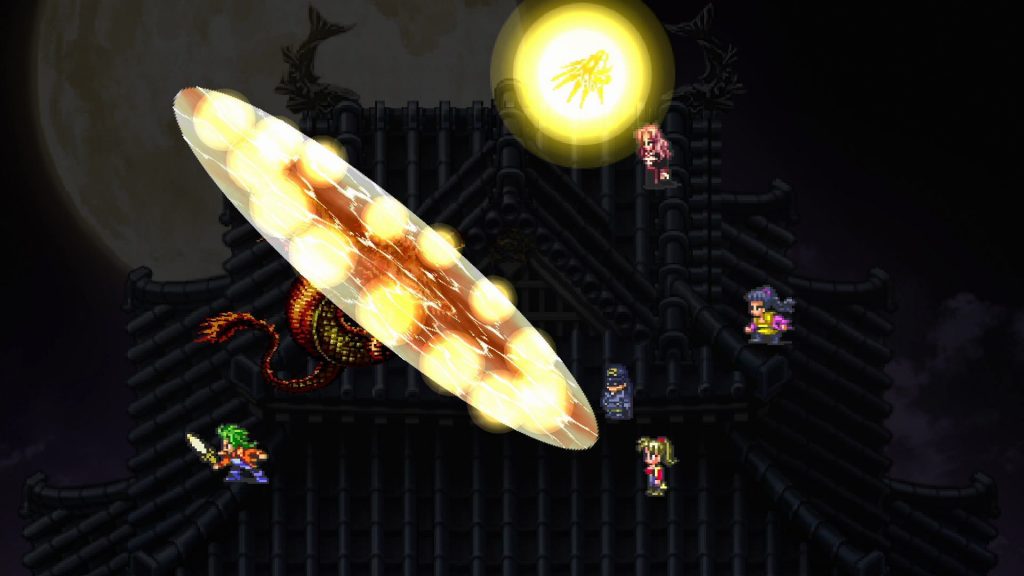 Romancing SaGa 3 is dozens of hours long, and you are required to grind to build your stats if you want to be able to defeat the four Sinistrals and ultimately seal them away. This ultimately means that a lot of your time will be put towards grinding. I put a cool 40 hours into the game before I was ready to take down the first Sinistral. Another time investment comes from looking up what to do, as the game offers very little in-game direction on what to do aside from the generic “beat the bad guys”. There are quests littered all around the world, but to actually find them, get there, and pick them up is another story. You may be inclined to lookup a guide or two to have some sense of direction as you play this game.

That said, there are plenty of quests to do when you can find them. Some can be simple fetch quests, others are a bit more involved and require several long steps to complete. However the rewards are usually very worth it, sometimes resulting in the ability to pickup certain characters. In fact, many characters are locked behind certain quests, and they are usually the more powerful ones. My favorite one is the pirate Black, who you get by bringing Herman to the battle with the particular Sinistral who stole his youth years ago. Another is Undine, who you get by settling a dispute between her and another mage named Volcano. 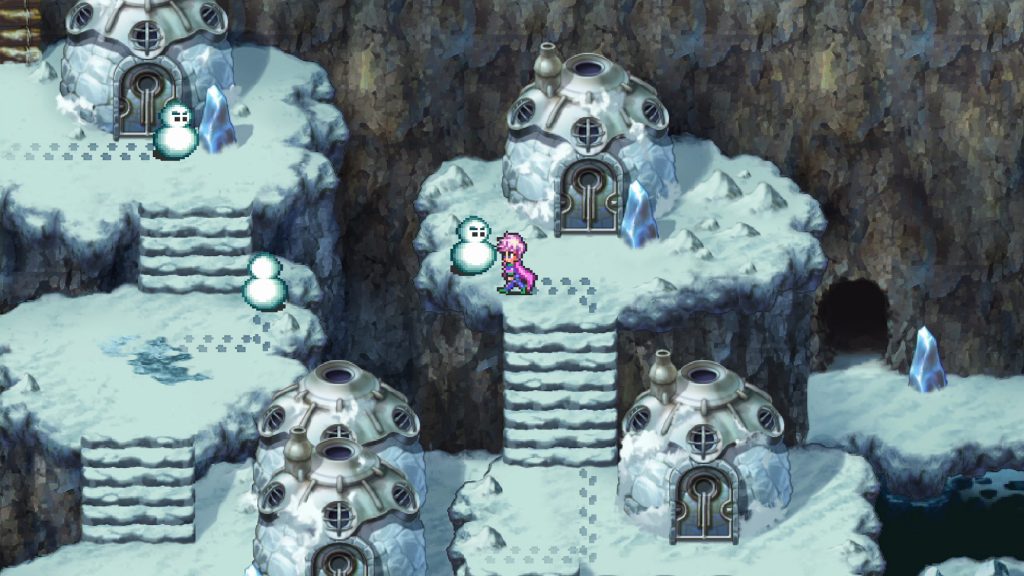 Romancing SaGa 3  is definitely worth playing now, even among the wealth of other more recently released RPG offerings. It stands as a shining example of peak sprite-based graphics RPGs, and in a time where these types of RPGs are in demand once again — Octopath Traveler made sure of that — it should satisfy that itch that many gamers have to fill that classic void. I would personally recommend this game if you like to be invested in your characters and and grow alongside them. Also worth noting is that PlayAsia will be offering physical copies of the game in early 2020.

Romancing SaGa 3 is polished RPG which rewards your investment into it. Tons of quests to do with flexible recruitable characters, coupled with New Game+, makes this a highly replayable adventure.

Be Thankful: Time for retro game collectors to take what they...

The Ataribox: Just Another Atari Blunder or a Retro-Smart Move?