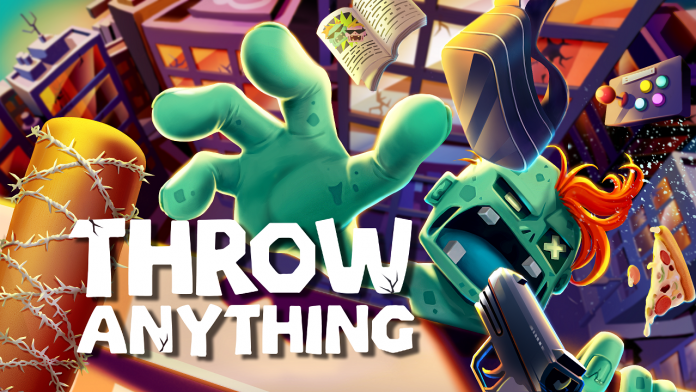 Ever imagined what it would be like to defend yourself from attacking zombies from the 20th floor of an office building, armed with nothing but your surroundings and an unshakeable will to survive?

Welcome to Throw Anything. The latest VR game to hit PlayStation is a goofy, chaotic, and surprisingly difficult take on the gallery shooter. In Throw Anything the goal is to survive waves of zombies that are climbing up at you by, quite literally, throwing absolutely anything and everything at your disposal off the building towards the advancing horde. Sure there will be guns and melee weapons available to you as you progress through this wacky survival game, but utilizing everything — including the kitchen sink — is your key to success.

Throw Anything is a port of the 2018 Steam VR release, which received positive reviews both from fans and critics. After many requests to port the game to PSVR, developer VisualLight has brought the game to console with some added features including a hub-lobby where you can take a break and interact with NPCs you’ve saved, and a Special Assignment mission that will take you to the furthest reaches of the cosmos.

You begin every mission by spawning in a room overlooking a steep precipice, typically from a high-story of a very tall building. As the round progresses, zombies will try to make their way to you by climbing up the side of the building and your only options is to systematically hurl objects from your vantage point to stop them. If you are hit several times in a row by a zombie you immediately fail and can restart, or head back to the main lobby to resupply. While the first couple levels are relatively manageable, levels 3 and 5 were much more difficult and took multiple playthoughs to be able to manage the flow of zombies without getting overwhelmed.

It’s a very simple concept at its core, but one that has been executed fantastically. Instead of having to physically grab items in the room, there are guide-lasers coming from your hands which allow you to pick up anything in your line of sight. To grab items you simply point your Move controllers towards them and they magnetically zip to your hand, which you can in turn use to hurl at the zombies that are slowly climbing towards you. Not only does this get over the awkward issue that many VR games have with grab-collision, but it makes it easier for the player to select the specific item they want from some very full rooms.

From what I’ve been able to tell, items that are heavier seem to have a much greater effect on the zombies, as well as any actual weapons that you are able to come across during the mission. You’ll encounter many set pieces that are far too large to grab, in which case you have to turn your throwing skills back upon the environment itself to break them apart. Your good friend Delivery-Bot will also check up on your sporadically, and bring you useful items as well as anything you bought in the lobby store.

It wouldn’t be a zombie game without having some special zombies and boss battles, and each level in Throw Anything presents some new undead obstacles for you to overcome, all while trying to keep a consistently-annoying NPC alive. Each room has an NPC that you can choose to save — or if you’re me get frustrated and throw them to their death — which will then spawn them in your lobby hub. On the other hand, if they keep getting in your way, you’re free to use them as fodder to slow the approaching horde. They’ll keep reappearing in the room up to a certain point, when you’ve thrown them past their limits. Then you’ll have another zombie to deal with.

There are five levels to Throw Anything, and a new unlockable sixth level that you’ll receive as a Special Assignment if you’re able to secure all of the Cube Relic fragments from each level. You’ll travel from a bank office to a kitchen, and from a prison cell to a fantastical museum. Each environment offers a unique set of breakable and wieldable objects, all of which will assist you in your fight against an ever-climbing onslaught of undead. Each level typically has a secret or strategy that the player has to figure out to ensure control of the ever-escalating situation, and uncovering the trick to each environment made for some good on-the-fly strategic thinking.

With all of the positives that I can laud upon Throw Anything, as a VR game concerns with tracking and collision are paramount. The issues with Throw Anything are almost all peripheral, and are minor annoyances that can be found within many VR games. Since you have to swivel around a full 360 degrees, there are instances where the camera has a hard time tracking and you need to readjust yourself or reset the PSVR tracking. This typically solves the problem, but in one instance I was left with a hand that wouldn’t snap back to place.

There was only one serious bug that I encountered while playing Throw Anything, and it always seemed to occur when I was in the middle of a clutch moment. It causes the player to not be able to drop one of the held weapons, which in essence makes one of your hands useless, and resulted in defeat every single time. The bug occurred typically when I was holding a firearm, but also happened twice when I had other set-pieces in hand. I wasn’t able to determine exactly what caused the bug, but it seemed to be an issue with how your guide laser interacts with the environment.

Throw Anything is for all intents and purposes perfectly suited for PSVR. It falls into that wonderful cartooney niche of games that rest comfortably on what the virtual reality infrastructure offers, without trying to push it to the point of faults in the game. Other than my one major bug and some of the usual tracking issues, the game performed outstandingly and my immersion was almost never broken.

It would be easy to lump in Throw Anything with other cartoon shooting-gallery VR games, but the combination of atmosphere and challenge make the game a worthwhile addition to any VR catalog. There is a decent amount of replayability because of the different ways you can experiment with each environment, and a hefty challenge in later levels for those who want to put themselves through a VR gauntlet.

Throw Anything is a goofy and entertaining take on the survival gallery shooter with a ton of replay value, which has ported very well to the PSVR. 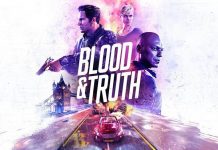 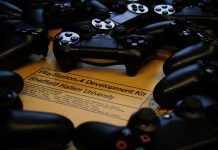 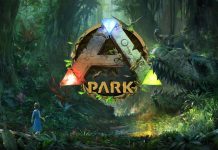