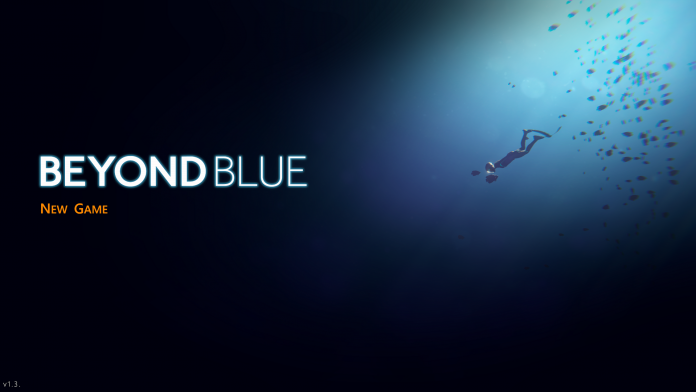 I have always loved the ocean. So much so that I almost joined the Navy when I was a young man, although that may have been influenced by my great-grandfather’s legacy; as he served with the Royal Navy during both world wars. I visited the seaside often as a child, which progressed to snorkelling in several bodies of water ranging from the Mediterranean Sea to the Pacific Ocean over the years. I even took a semester of Marine Biology during my first attempt at college so many years ago.

Now these are things that I have not thought about in a very long time, but playing Beyond Blue certainly caused these memories to resurface; hence why I bring them up now.

Have a quick look at the launch trailer before we dive in.

Beyond Blue: What Type of Game is it?

When the opportunity to review Beyond Blue was presented to me, I had admittedly never heard of it. But when I saw that it was from the same publisher as the BAFTA award-winning Never Alone, I practically bit my editor’s hand off.

The official description of Beyond Blue is: a single-player narrative adventure that takes you deep into our planet’s beating blue heart. Whilst a decent summation, it could also be loosely described as a diving simulator due to the vivid recreation of the aquatic environments and wildlife that inhabit them. But Beyond Blue also feels like an interactive documentary, due to the extensive collaboration with scientists and marine biologists. The fact that the makers of Blue Planet II were involved with the game (which is a fantastic series, definitely worth a watch) certainly set my expectations high for an educating experience.

Set against the near-future backdrop of Earth’s oceans, Beyond Blue features the scientific support of real-world exploration and outreach initiative OceanX, embracing its minimally invasive exploration techniques. Beyond Blue tells the story of a crew of scientists – Mirai, André, and Irina – who set out to test their ‘Ocean Sense Network,’ which has the power to shine a literal light on the unexplored depths of the ocean as they unravel its endless mysteries.

With all that being said, it is problematic (for me at least) to pigeonhole Beyond Blue into a genre. Fans of adventure games will potentially find the narrative lacking, simulation ethusiasists will be disappointed by the lack of advanced features, and the exploration crowd will probably find that the 8 environments do not offer much in terms of replayability; but I wager that gamers young and old will enjoy the experience nonetheless.

Despite not being enhanced for the Xbox One X or Playstation 4 Pro, Beyond Blue still looks fantastic. Behemoths of the deep such as Sperm Whales and Humpbacks truly come to life; but there is no risk of becoming a modern day Jonah, as none of these creatures will harm the player (Beyond Blue is rated PEGI-7 after all). Not only do these beautiful giants of the ocean look the part, they sound the part as well; emitting a combination of clicks and songs that we have all become familiar with from documentaries over the years.

In addition to whales the player will come across Orcas, Dolpins, Sharks, and even a Giant Squid during their dives. In total there are 45 different species to scan as you progress through the game, which sounds like a decent amount, but is miniscule when you consider the biodiversity of the Western Pacific. But considering the relatively short length of the game and small dive locations, there is just enough wildlife to make the environment feel alive without being too busy.

As briefly mentioned previously, Beyond Blue consists of 8 separate dives; during which the player is tasked with scannning the sealife within the area. Each dive tends to consist of reaching a buoy, using said buoy to waypoint the objectives, then swim to each and scan what is required. When swimming between these objectives the player is of course free to scan every Crab, Jellyfish, or Ray they happen upon. During these dives there is a fair amount of narrative, delivered via radio conversations with the rest of the team.

Between each dive the player finds themself within a submersible, which is effectively Mirai’s mobile base of operations. Within the sub the narrative is driven further through a combination of clickable items of interest and conversations with the team as well as Mirai’s sister. Whilst there are not very many characters in the game (the focus is the wildlife after all), E-Line Media secured some talented individuals for their cast:

The music is also worth mentioning, as it delivers a considerable chilled out vibe whilst in the submersible.

Beyond Blue is Full of Insight(s)

Another aspect of the time between dives are the sixteen unique mini-documentaries called Ocean Insights that feature original footage and interviews with science’s leading ocean experts. We watch our fair share of documentaries within our household, so this aspect of the game was honestly one of my favourite parts. Whilst they are only 2 minutes or so in length, they have a fair bit of information in them:

Personally, I found myself much more invested in the Ocean Insights than the story arc presented by the narrative. Now this is not to say that the story is horrible, in fact it presents some complex issues that will give the player something to think about; and there lies the crux of Beyond Blue. It is not by any means a stellar adventure game, nor is it a faithful diving simulator, the purpose of Beyond Blue is to deliver a message whilst also educating the player along the way.

In this regard, Beyond Blue certainly accomplishes that in style. OceanX is a mission to explore the ocean and bring it back to the world, their team is committed to building a global community that is deeply engaged with understanding, enjoying, and protecting our oceans.

Beyond Blue may only be a drop in the ocean for that cause, and only provides a few hours of gameplay (although younger players may enjoy subsequent playthroughs); but I most definitely walked away from it having learned a fair bit.

Beyond Blue provides an atmospheric experience exploring the depths of the ocean, players will certainly learn a thing or two; the narrative however, is quite shallow in comparison.