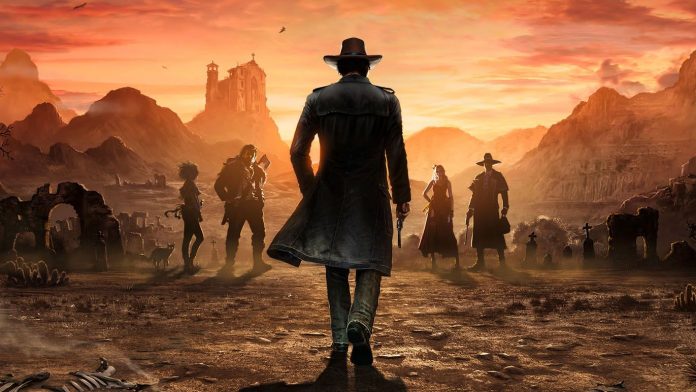 Every since I was a kid I’ve always had a special place in my heart for isometric games, dating back to my earliest encounters with the tactical RPGs of the 90s. We don’t see near as many of them nowadays, so I was excited when I saw that Mimimi Games was bringing back Desperados, one of the stage-setters to the real-time tactics genre.

Following in the footsteps of its predecessors, Desperados III is a hardcore real-time tactics games, and the first we’ve seen of the series since 2007. The game is a prequel to the events of the original 2001 Desperados: Wanted Dead Or Alive, but John Cooper and his gang have quite a few more tricks up their sleeves than they did previously.

I’ve never played the Desperados series before but as a growing fan of the real-time tactics genre — even though it is assuredly not a fan of me — I knew this was a game I had to try. Based in the gritty, shoot-first-ask-later Wild West, Desperados III pulls absolutely no punches with its tough-as-nails narrative and merry band of would-be protagonists. The prequel follows John Cooper as he gathers new friends and old allies to go after the viscous bandit leader Frank; someone each of them have a reason to hunt, but no one as much as John.

Desperados III is a hardcore real-time tactics strategy game, with some really fun gameplay twists. It’s a far divide from most other turn-based strategy games, focusing on their series’ signature mechanics and a much more detailed level design than is common. In each level, the player must command their character, or group of characters, towards a final goal in any way possible. In lieu of simply killing every enemy in a given map, objectives are typically more pointed, such as stealing a specific item or assassinating key individuals.

Each of your crew has several special abilities, which can be used creatively to distract, knock-out, or kill the plethora of guards in each level to make your approach much smoother. In many levels you’ll only have access to specific characters, but the levels are designed to ensure that those characters special abilities are useful in the situations you’ll encounter. Levels require careful planning, stealth, and flawless execution. Even in the earliest levels, the smallest mistake can bring an entire camp of bandits down on your head.

Desperados III is all about team-craft, and knowing which of your squad members to utilize in a specific situation. Not only does every character have their own unique distractions, special abilities, and attacks, but there are passive intricacies to how each character operates. Integral functions, such as hiding a body, changes from character to character. If you want to focus on speed, use Hector because of his strength (and ability to carry two bodies), but if you are more concerned about stealth then Doc is the best option, even if he moves more slowly.

Knowing how to best utilize your team is key to conquering the Wild West, and to properly do that your secret weapon is Showdown Mode. Using this time-stopping mechanic, you can set up each of your characters to perform a single action or use a skill, and then activate them simultaneously or independent of one another. This allows you to distract one guard while taking out another, or to take out multiple enemies in tandem using each characters’ special abilities. You can chain Showdowns together, and instantly activate another one if you need to stop time and carefully plan your next steps.

It’s the combination of all of these systems that make Desperados III being such a well-oiled real-time tactics game; and simultaneously one that requires a lot of careful planning and strategy. Especially if you are trying to play stealthily, every single movement has to be carefully executed. Enemies have large, moving vision cones (a mechanic which returns from the original game) and you can view these to plan your movement. It’s possible to try and shoot your way through a number of the levels, but it requires just as much planning, and careful use of Showdown Mode. Characters with guns have limited ammo, so this approach also tends to require restocking.

It’s an absolutely gorgeous game on the Xbox One, and I imagine it looks even better with PC settings cranked up to max. I absolutely love a well-detailed isometric environment, and Mimimi Games have put a lot of work into crafting each level to make it feel like an actual setting, and not just environmental props for a tactical fight. It’s not without some graphical hiccups though, albeit they are few and far between. There was one level however where an integral NPC character was invisible, which made some of the cutscenes a bit awkward watching a floating gun deliver dialogue. It didn’t affect the gameplay, but the issue persisted across multiple cutscenes where that character was involved.

There has been an impressive amount of world-craft that’s went into each level, which makes every setting feel a lot more alive than having to simply fight your way through a group of enemies. Instead, Cooper and his gang find themselves in populated levels with unarmed civilians that need to be considered in how you plan your approach. While they don’t pose the same threat that armed guards do, they can still spot a character or a body and cause disruptions.

More often than not, these non-combatants can actually be the most useful characters in the level. You can often investigate your surroundings and eavesdrop on people to get hints towards your objectives, which often show new and creative ways to kill your targets or reach your objective. It almost has a bit of a Hitman feeling to it, in an isometric kind of way. Searching your environment, discovering new hints, and exploiting them to further your goals. It’s often possible to covertly kill your target without having to cause a bloodbath; if that’s your preference. You can go into almost any situation guns-blazing, but it’s typically not advisable, as you’re often out-numbered and out-gunned. With the right set-up and the right team however, it’s still possible to utilize this approach.

Desperados III rewards patience though, and waiting for the right opportunity to use that piece of information you found earlier and spring a trap is the most satisfying way to take out a target. Poison a barrel of whiskey, steal a disguise, or drop a church bell on an unsuspecting group of baddies.

There is a nice depth to the camera controls that allow you to not just survey your characters’ immediate surroundings, but freely move and rotate the camera around the level to get a better idea of the level layout and enemy movement patterns. It’s a great boon to not be stuck with a static camera, and beyond assisting in the gameplay it gives you a better perspective of the aforementioned worldcraft.

Playing on the Xbox One I found that sometimes the controls could slow down the game pace a bit. It’s not to say that the controls aren’t well-optimized for console play, but just that the game (and genre) itself feels more at home with a mouse and keyboard. Switching between characters, re-centering the camera, toggling enemy view cones, and just overall camera movement controls can feel a little tedious. Rotating the camera always de-centers you, so you’re forced to be constantly toggling camera controls. You get more comfortable with it the longer you play, but it still ended up feeling a little monotonous using a controller.

There are some really nice Quality of Life features that make perfecting your run in Desperados III a little easier and a whole lot less frustrating. As a player who obsessively reloads save files to execute their plans perfectly, I was overjoyed to see Mimimi’s simple but intuitive quick save/load system. You can quick save with a controller hotkey, and load the most recent three save files from the menu. In addition, the game will remind you after a set amount of time (which you can set) if you haven’t saved, so you’re less likely to get sent back to the beginning of a level simply because of your own forgetfulness.

It wouldn’t be a real-time tactics game without a set of exceptionally difficult challenges to overcome, which are only made apparent to the player after the first time they complete a level. There are additionally some really neat Easter Eggs and achievements to work towards as well, such as finding all of the hidden Mimimi developers scattered throughout the game…and killing them. Sorry Josh.

For a gamer like myself who often finds real-time tactics games to be punishing gauntlets of exhaustion, Desperados III‘s well fleshed-out systems provided an avenue to a genre that often felt unapproachable. Carefully picking apart levels and utilizing every character and tool at your disposal to flawlessly pull off a job feels extremely satisfying, and learning how to expertly time your Showdown Mode skills became like watching Dominos fall.

Only held back by some graphical hiccups that surfaced rarely, Desperados III is sure to please both hardcore fans of the real-time tactics genre, and newcomers like myself who have a harder time perfecting their runs. There is a wealth of replayability for players looking to lock in every challenge and achievement, and a depth to each level that I hope to see other developers take note of when designing their isometric tactics games in the future.

Desperados III has brought the series’ tight real-time tactics Showdowns to new heights, with an impressive depth of gameplay and intricately designed environments.

The review copy of this game was a digital code provided by THQ Nordic.