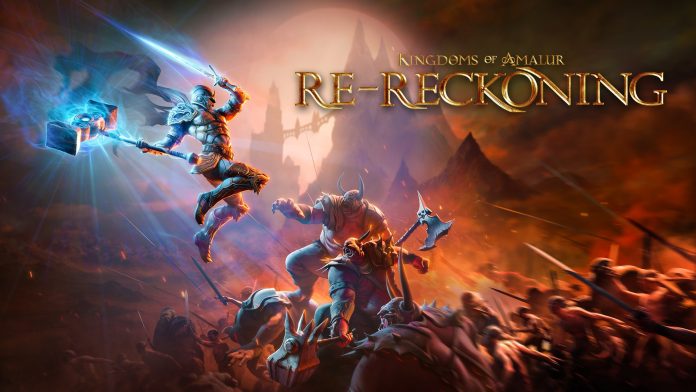 It has been eight years since we last stepped foot into Amalur, the world conceived by the minds of R.A. Salvatore, Todd Macfarlane, and two designers best known for their work on the Elder Scrolls series; Ken Rolston and Mark Nelson. Even though the game received positive critical and fan reviews across the board, a lack of sales and being labelled as a “failure” prevented gamers from seeing a sequel and instead forced the closure of original publisher 38 Studios just months after its initial release.

To fans’ delight, THQ Nordic purchased the rights to Kingdoms of Amalur back in 2018, and put developer Kaiko in the lead on remastering the game for the current generation. Eight years later with an improved rendering engine and retouched textures, the game has remained relatively unchanged, although Re-Reckoning does come packaged with all of the previous DLC and expansions. There’s even new DLC planned for next year. But, just how re-remastered is it?

Kingdoms of Amalur: Re-Reckoning wears its age on its sleeve, not just through the game’s still-relatively dated graphics but through a variety of factors which together make Re-Reckoning feel much more like a 2012 game than a 2020 release. The work done to remaster Kingdoms of Amalur just feels a little lackluster; like Kaiko opted for a fresh coat of paint to refine the graphics but otherwise left everything else the same, which turned out to be a bit of a double-edged sword.

As iterated by THQ Nordic in their FAQ, developer Kaiko has retouched the textures and improved the rendering engine for the game, with the Xbox One X and PS4 Pro receiving improved render outputs and a higher, stable framerate. While the graphical upgrade is undoubtedly noticeable when you put the 2012 and 2020 versions side-by-side, as you can see below from the foot comparison that was released by THQ earlier this year to show the progress, it still falls quite short of what we typically see on the current generation of consoles and PCs.

The fact that the core gameplay and systems of Kingdoms of Amalur have remained completely unchanged isn’t inherently a bad thing, because it means that the combat that made KoA such a fun and engaging action-RPG when it was first released is still a very enjoyable and fluid experience. But this also means that the game very much feels exactly like it did in 2012, in addition to looking almost like it did in the last generation.

While I’ve been fairly critical of the work done to remaster the game, I have still immensely enjoyed my time as the Fateless One. I haven’t had a chance to play KoA since it was originally released in 2012, and being back in the high-fantasy setting and building my character up through “Destinies” is still one of my favorite leveling/advancement systems. In a world governed by the will of the Fates, you are the only one without a predetermined path, free to choose your own destiny. This overarching narrative hook links in directly with how your character progresses through their Destinies.

Each Destiny is unlocked once you have enough skill points in the prerequisite trees — Sorcery, Finesse, and Might — and they provide passive bonuses to your playstyle. These are then supplemented by Twists of Fate, passive upgrades which are discovered as you progress through the game and provide additional bonuses. It shirks the typical class-based system, and really lets you spec your character in a very open way, even offering a relatively accessible path to completely reworking your character if you decide to wholly switch up your playstyle.

Which I would recommend doing throughout your journey, as the combat in Kingdoms of Amalur is very malleable. There are a number of different weapon archetypes, and each skill tree offers benefits for each, including unlocking special attacks and providing passive bonuses. You can have two weapons equipped at the same time, so rather than having to switch weapons you can fluidly alternate between different types of attacks. You’ll come across a wealth of new weapons and equipment through your travels, and switching up your playstyle to take advantage of a new weapon is part of the enjoyment.

For gamers like myself who never got around to playing the two major story expansions, Teeth of Naros and The Legend of Dead Kel, both have been included in Re-Reckoning. Each expansion opens up a sizeable new area to explore, with a main storyline and subquests to complete alongside new Twists of Fate and equipment. This is in addition to the wealth of weapon and armour DLC that can be claimed at the Special Delivery Chest once you’ve reached the first town of Gorhart.

Coming back to the remastering of Reckoning though, the weapons and armour that you can unlock in the Special Delivery Chest also show a lack of foresight in how gamers may want to re-engage with Amalur. Originally, any DLC that was purchased scaled to the character at the time of purchase/unlock, so you would get items that were useful to you at the time. With Re-Reckoning however, everything is accessible at level one, which is great for the first few hours of the game, and then trove of Legendary equipment becomes nigh-useless without the option to upgrade them further.

It’s a bit of a shame that the game seems to teeter on this edge. While still an enjoyable game in its own right, people who played through it in 2012 may be hard-pressed to find a reason to purchase it again just for some marginally updated graphics. One of the most glaring and immediate observations was that the intro cutscene actually featured the original title, without the updated “Re”. While not an issue that is at all detrimental to the game itself, it showed from the onset the type of remaster that Kingdoms of Amalur was going to be.

It’s a fresh coat of paint on a game that, while hasn’t aged terribly, feels dated against the RPGs that have been released in the past decade. The User Interface is the same from the previous generation, to the point that I can notice the Xbox 360 control interface instead of the Xbox One UI. There are a wealth of these facets that permeate through the entire experience; from the moment you boot up Re-Reckoning, everything feels like it’s from an era past.

Again, this really doesn’t mean that Kingdoms of Amalur: Re-Reckoning is a bad game. It’s just more window-dressing than actual fine tuning of the original. What we’ve been given is still the same great game from 2012 with marginally improved graphics and all of the DLC, just not much more. If you’re already beaten through Kingdoms of Amalur: Reckoning and all of the major expansions, there is not much here to really draw you back in, unless you’re looking for a trip down memory lane.

If you’ve never played Kingdoms of Amalur or missed out on the expansions like myself, $40 is a great price for this engaging and fun Action RPG, especially given the amount of content. While I’ve been critical on the remastering of the game, Reckoning is a genuinely enjoyable game with a fluid combat system and a world that just begs to be explored. It’s just missing that little-extra-something that would have made it the re-remaster that it truly deserved.

Kingdoms of Amalur Re-Reckoning is still an engaging Action RPG, but the remaster feels lackluster and too similar to the original release.