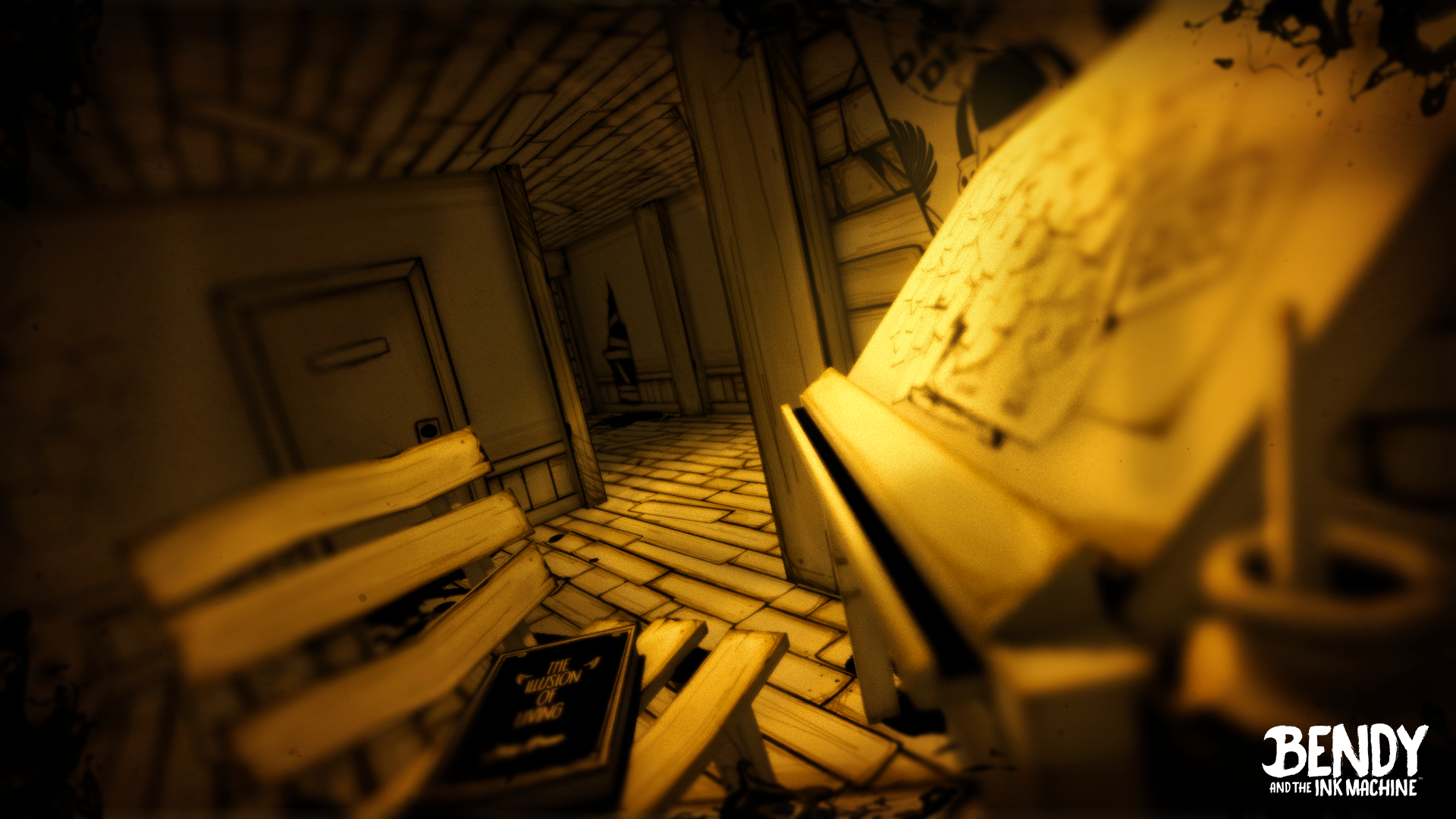 How would you define success? For Mike Mood, co-developer of Bendy & The Ink Machine, he would define success as a series of accidents and lucky circumstances, which, when strung together in the right order, led to the creation of a new IP that took the internet by storm overnight. This is what led to indie developer theMeatly Games releasing their surprise hit Bendy and the Ink Machine on a whim, after spending months working on a completely different project.

Sound too good to be true? I recently attended a presentation put on by Mike Mood and his wife Jillian’s PR and event-planning company, which was held at bitHeads Software Development Studio here in Ottawa, Ontario. The talk was held specifically for other independent developers and members of the gaming community, so that Mike could impart some of the wisdom that he had gleaned during his previous months of “accidental success.” While I walked into the presentation a little skeptical on how a developer could become ‘accidentally’ successful, I left instead impressed at the ability of theMeatly Games to make impromptu decisions which capitalized upon a series of small windows of opportunity.

theMeatly Games is the combination of independent developer Mike Mood and comic artist theMeatly, who you may know from his stories surrounding the lives of video game developers. With a mutual respect for the medium and the independent development process, the two came together to work on numerous prototypes, many of which were inspired by the artistic work of theMeatly. It was during one of these larger-scale productions, which he promised me we’d learn more of in the future, that Mike received a message from theMeatly with an entirely new concept in the form of what they like to call “the idea fairy.”

“What if we made a game where players could walk through a 3D world made entirely of sketches?” 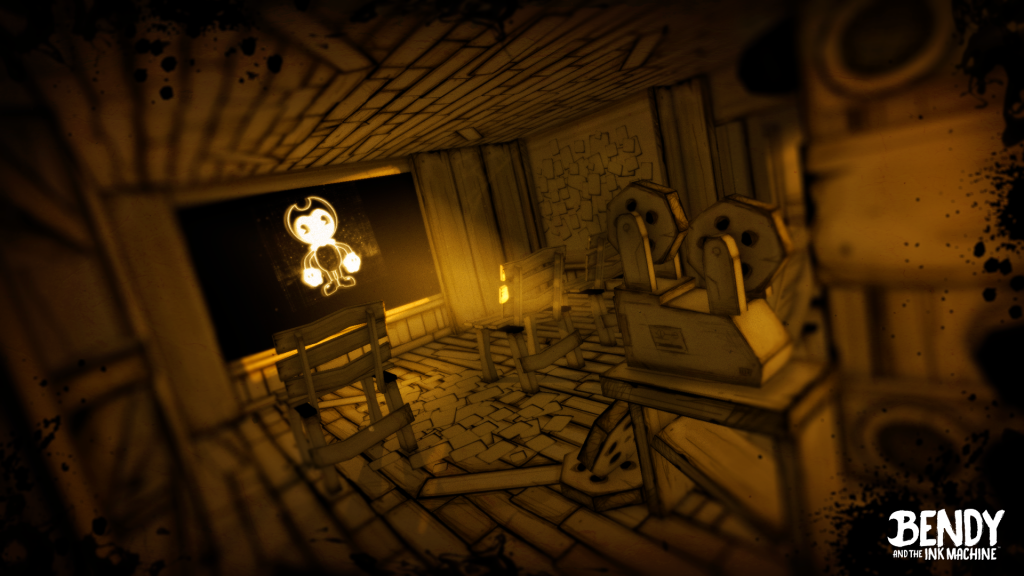 And thus, Bendy and the Ink Machine was born. theMeatly reportedly created the main character in around 20 minutes, and the name is actually the product of Blender, the 3D game development engine, creating a typo with the save file: Bendy. The original code was sent over to Mike, who loved the concept and optimized the coding so that the project ran smoother. The duo prepped the new game for release within the span of a week, with Mike citing just under 7 days of total development time. Just hours before release, the pair decided that their main character should probably have a weapon, so they drew up an axe, gave it to Bendy, and released their impromptu IP on February 10th for free on Game Jolt.

Then they went to sleep, and neither of them expected what they awoke to the next morning. The internet responded almost immediately to Bendy and the Ink Machine, with thousands of downloads happening overnight. This was followed up in the coming weeks by a wealth of fan art and numerous reviews on YouTube and Twitch by prominent content creators, which garnered the small developing duo a fair bit of attention. The two immediately went to work on Chapter 2 of Bendy, bringing on contractors from previous projects to help with development; the original chapter was only ever intended to be a demo.

Mike explained that theMeatly Games opted for the “Chapter Model” of releasing Bendy and the Ink Machine for several key reasons. Players got the first chapter for free, but then succeeding chapters would cost a small amount to fund the continued development of the game. They released Chapter 2 in April, and decided to charge $5.99 CAD for the follow-up so that the team could start to fund creating future chapters. This also allowed the team to continue developing the games without having to wait 1-2 years for Kickstarter funds to role in, and additionally gave them instant feedback from players. They reciprocated in the form of free updates to each chapter, even adding respawning into Chapter 2, which had previously only featured a permadeath option.

Bendy and the Ink Machine oozes personality and character, largely thanks to the designs of theMeatly himself, but there are other factors that lend to the cheerily terrifying atmosphere of Bendy. theMeatly Games has licensed some impressive musical talent as well, including DAGames, who put together the song which many now equate with the grinning protagonist, “Build Our Machine.” While the song was not originally contracted by theMeatly Games, they brought the track in to use for an achievement in Chapter 2. This is possibly one of the most interesting, weird, but genuinely catchy and well orchestrated video game tracks that I’ve heard in a long time, and I firmly recommend that the 20 people who have yet to listen to it do so below.

After the release of the game, the phone calls and emails kept coming in for the developer. Like any smart business they immediately incorporated, sourced funding from partners to hire lawyers and accountants, and brought on more members to the team to share responsibilities. Mike explained that one lesson he learned very early on into the project was that “wearing too many hats” both got exceptionally exhausting and stopped people from focusing on the areas where they are strongest. By divesting yourself from certain areas of the company and leaving those to experts in that field, you ensure that all areas of your company are being run optimally. This is great advice to heed, and something that affects many startups and small partnerships. We at Scholarly Gamers learned this same lesson here during our initial months.

In the past several months, theMeatly Games have been approached by numerous toy companies, and ultimately made the decision to work with PhatMojo, known for their Star Wars, Five Nights at Freddy’s, and other small collectible figurines. Mike said that this decision was ultimately based upon their willingness to work closely with the developer on the products to ensure that everyone was treated fairly during the process. Mike admits that they likely could have made much more money with the other options presented to them at the Las Vegas Licensing Show, but that they wanted to work with a company that shared their values.

This is just one example of theMeatly games making what many might consider to be the morally “right” decision for an indie developer: not selling out and instead continuing to work with and support smaller projects. From my brief interactions with Mike, this seems to be a large driving force behind his passion for the industry, and he spoke towards the end of the presentation about his company’s plans to start supporting other independent developers to run events and promote their projects. I’d be remiss at this point not to mention his wife Jillian Mood, who — with her company — works closely with Mike and theMeatly Games to support independent developers in Canada, through events such as the Ottawa Game Jam.

There are numerous factors which led to the success of Bendy and the Ink Machine, and Mike admits that it wasn’t all just accidents and lucky timing, although they certainly played a factor. Bendy and the Ink Machine‘s success can be largely attributed to the fact that Mike and theMeatly saw their brief windows of opportunity and were able to use their knowledge and experience to know when and how to capitalize upon them. Additionally, they knew that while each of them filled in one very important aspect of a video game developer — the development and the design/story — they still required other talented individuals with the same drive and passion to put towards the project. These factors, in addition to the constant hard work that is still being put in by the team at theMeatly Games, continues to play just as big of a role in their successes.

So how would I define accidental success, at least concerning Bendy and the Ink Machine? I’d give much more credit to Mike Mood, theMeatly, and the entire team at theMeatly Games for the effort that they have put into ensuring that their initial brief window of opportunity wasn’t missed. They had the knowledge and know-how to capitalize upon the momentum when they saw it, and that in itself can’t be an accident. 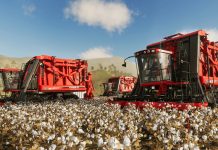 The Chronicles of Nyanya: Review