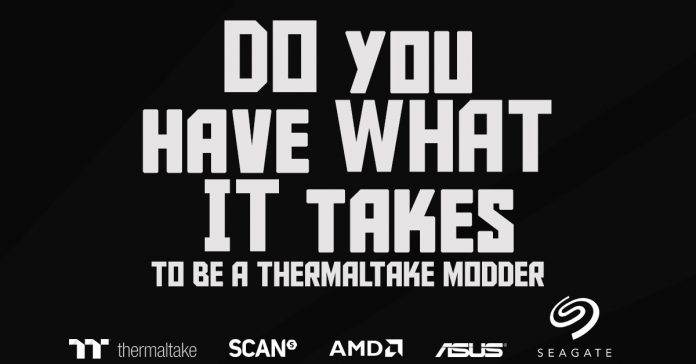 Every community has that expert go-to person. You know the one? That individual who offers the most sagely advice, and backs it up with the experience and know-how to solve almost any problem thrown into their wheelhouse. That person who, whether you want to or not, you’ll eventually find yourself reaching out to and asking the proverbial “can I get your advice on this?”

For the Scholarly Gamers community, that person is AcuteJungle66, hereafter simply referred to as AJ. A wealth of community members have benefited from AJ’s guidance, regardless of it they were seeking advice on components for a PC build, or inquiring how to improve their Twitch stream quality. I’ve had the pleasure of working alongside my friend and colleague Chris Connor (the elusive alter-ego of AcuteJungle66) for several years now in a variety of roles, and it’s been an absolute pleasure to learn from his expertise and experience in the realm of PC building and modding.

What are the Odds?

AJ often enters online giveaways in an effort to acquire free hardware, although he is the first to admit that the odds of actually winning are considerably slim. So when Scan Computers posted the following video in February:

AJ figured that he would give it a shot and tossed his hat into the ring. After all, who doesn’t like contests? You have to be in it to win it after all, or something along those lines. For his entry he submitted a picture or two of Arctic Flow (his current PC) and provided a brief description about what modifications he had performed. A few weeks later he was contacted by Thermaltake and asked to provide details of his proposed modding project.

I still can’t believe that out of the thousands of applicants, I was shortlisted. absolutely amazing.

Needless to say, he was considerably excited at the prospect of being 1 of the 5 finalists that would be chosen to compete in the Thermaltake 2020 Case Mod Challenge. After a short wait, Thermaltake announced the contestants:

My heart was racing after being notified, I honestly could not believe it. I am extremely humbled to have been chosen.

The competition was originally going to begin with a special launch event at Scan Computers in Horwich, England. All of the contestants would be fully briefed on the rules, provided with the hardware for the competition and filmed for promotional content; it was also going to be a fun-filled day with plenty of prizes to be won by the public. Unfortunately world events resulted in that particular aspect of the competition being cancelled.

Instead, all of the components were delivered to each of the contestants at home:

When that first delivery arrived…

Since the launch event was cancelled, this also meant that AJ (it still feels strange calling him Chris) needed to produce his own introduction video:

If you live in the United Kingdom, then head on over to Thermaltake’s FB page for your chance to win some gear from Seagate.

You can catch up on how AcuteJungle put together his current build, Arctic Flow, right here. Never one to shy away from details, there is a ton of guidance contained in these articles for anyone looking to build a PC. And if you want to see more of that guiding expertise that AJ has to offer, make sure to go check out his two phenomenal series: PC Building Fundamentals and Streaming Fundamentals. Both contain a plethora of of information that’s sure to be useful as both introductions and refreshers.

We are extremely excited for AJ, as we all know how much he loves his tech and wish him the best of luck in the Thermaltake 2020 Case Mod Challenge.

If you want to keep up to date with the progress of Project SparklePony, there are several ways that you can do that:

We also want to wish the best of luck to all of the contestants, we look forward to seeing the end results of all of the mods a few months from now.