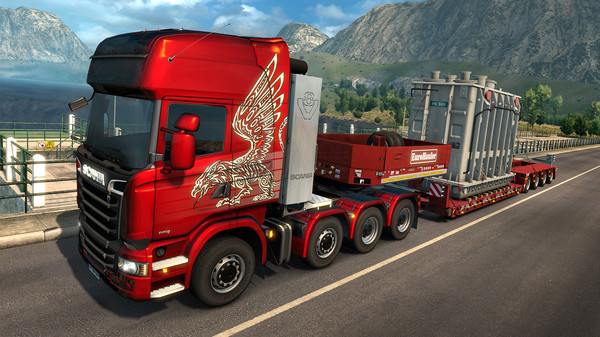 The popular Euro Truck Simulator 2 has launched a “heavy” load of downloadable content. SCS Software’s European truck driving game is upping the ante for players wishing to brave European roads, allowing for the hauling of up to 61 tons with its new Heavy Cargo DLC.

New heavy loads that can be hauled range from metal centering at 28 tons to a Bosloc locomotive at 61 tons. To assist with hauling these new loads, drivers will have the option to use new, high-tech trailers with steering axles.

Alongside the new DLC, the base game has launched new, free content. This includes some new chassis, including the Mercedes-Benz’s Actros. Also available are new accessories to deck out your rig and a new Truck Analysis screen which can give players insight into the suitability of a truck configuration to your transportation task at hand.

A history of not just Euro Truck Simulator games

SCS Software has a history of creating games to place players behind big rigs. The Prague-based developer started with Hunting Unlimited as their first title in 2001, and the following year they released Hard Truck: 18 Wheels of Steel.

After their first two titles, SCS Software has launched more than two dozen driving sinulators, allowing players to drive trucks and buses all across America and Europe. They even took to the sea with 2005’s OceanDive.

While Euro Truck Simulator 2 s not the developer’s newest intellectual property, they are still working to expand it as one of their most promising. The Heavy Cargo DLC is available on Steam for CDN $5.49.