Your host, AcuteJungle66, is joined by SergeantJay to delve into this week’s gaming and tech news! Xbox Insiders get a new update, Humble Bundle goes JUMBO, Destiny 2 DLC details have been leaked, The Division has free DLC on the way, Alienware has a nice pair (of monitors), and Lego announces their biggest kit yet!

JungleDrums is a weekly news show run by one of Scholarly Gamers’ contributors, AcuteJungle66. Topics discussed in the show focus heavily on gaming, highlights, streams, and tech, but will typically hover around hot-button topics of the week. Joining AcuteJungle66 are a rotating selection of guests, ranging from friends and those interested in the topic at hand, fellow Scholarly Gamers, or members of raiding parties from gaming staples of his such as Destiny, The Division, or Rainbow Six Siege. 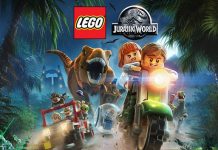