JungleDrums is a weekly news show run by Scholarly Gamers’ Content Coordinator, AcuteJungle66. Topics discussed in the show focus heavily on gaming, highlights, streams, and tech, but will typically hover around hot-button topics of the week. Joining AcuteJungle66 are a rotating selection of guests, ranging from friends and those interested in the topic at hand, fellow Scholarly Gamers, or members of raiding parties from gaming staples of his such as Destiny 2, The Division, Rainbow Six Siege, or Monster Hunter: World. 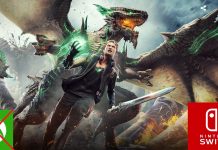 Streaming Fundamentals: The Key Ingredient, YOU