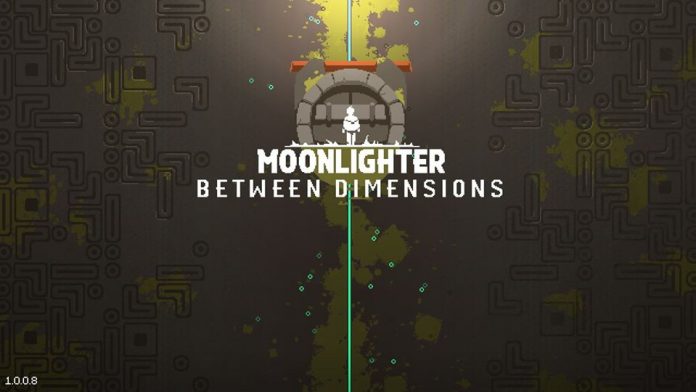 I have a confession to make. I’ve never played Moonlighter before. Or at least, I hadn’t until the latest major expansion Between Dimensions launched, and I finally realized what I’d been missing all along. In case you’re like me and have been living under a procedurally generated rock for the past two years, I want to take a minute to enlighten you on exactly what Moonlighter has to offer.

Moonlighter, the first original game developed by Digital Sun, is a little bit of everything. If I absolutely had to sum it up, I’d call it a roguelike adventure shopkeeper simulation. It’s a game that was released towards the end of the procedurally generated — what some refer to as “roguelike” — era, where we saw a wealth of games showing their own unique takes on randomly generated dungeons. In Moonlighter, you play as a shopkeeper named Will and explore these dungeons to search for loot, but not just to upgrade your gear. No; it’s so that you can sell it at your shop for a tidy profit!

Where many games in this era struggled to find their footing by attempting to do too many things, Moonlighter pulls a double-backflip and lands squarely on its feet. Each of the gameplay elements work in tandem, and the gameplay loop of scouring dungeons for loot and then determining the optimal value to sell them for in your shop is an addicting one, to be sure. I’m typically not a fan of the genre overall but Moonlighter‘s addictive gameplay loop pulled me right in.

With all of the money that you make from selling your items in your shop, also named Moonlighter, you can upgrade various aspects of your business to provide a wealth of benefits, from increasing the tips that townsfolk leave to giving you damage resistance on your adventures. You can additionally go about inviting craftspeople and traders to the town of Rynoka, so that you can craft weapons and armor and enchant them with powerful magic. Between Dimensions expands upon this by giving the player a wealth of new equipment to work towards, and a handy new Trader who allows you to haggle for some of the more important crafting materials.

Moonlighter: Between Dimensions adds a wealth of content and even more replayability to the base game, and manages to both supplement the core game as well as add in new areas, weapons, and storyline only available after you have beaten the core game. For this reviewer, that meant sinking in a solid 25 or so hours before I was able to access the new content.

The events of the expansion take place several months after Rynoka has become a thriving hub thanks in no small part to your efforts clearing the five Ruins. I won’t spoil anything regarding the base game’s narrative for those who have not played it yet, but the opening of an inter-dimensional portal presents Will with an opportunity to bring Rynoka into an inter-dimensional trading conglomerate known as the ICT. The only catch though; Will must close the portal before the Watchers will allow Rynoka to join.

Since I had never played the original game, some of the new additions just felt organically implemented across the gameplay loop. The actual bulk of the Between Dimensions expansion is not accessible until you’ve cleared the first five Ruins, but there are some additions that the eagle-eyed dungeon crawler will pick up on. This is in addition to some more hidden surprises to the core Ruin-diving that have been added with Between Dimensions, but discovering them is part of the fun.

The big change that I will note is the appearance of pulsating green spots in dungeon rooms, which mark the locations of inter-dimensional gates throughout each of the original five dungeons. These gates appear randomly on any floor and allow the player to enter the alternate dimension from any of the ruins; assuming they find a gate.

These gates offer a short gauntlet of enemies, with the ability to defeat a mid-boss and retrieve one of the new Trick Weapons. These powerful and unique weapons are a large part of the DLC and allow Will to use special abilities at the expense of his health bar. The problem is that these weapons are cursed to break immediately upon exit from the dungeon, so are only usable for the current dive. If only an intelligent shopkeeper could figure out a way to extricate them…

I’m of course not going to give away any of the new intricacies that help to define Between Dimensions new quirks. Players will definitely have to think more strategically in these new dungeons, if they want to bring the most valuable loot back to the Moonlighter. Other than these new gates however, longtime fans of Moonlighter won’t see much in terms of new content until they beat the game and reach the Wanderer Dungeon.

I played through most of the game using the same several weapons, mostly since it helped me to focus on upgrading them to increase my overall survivability. Once I started to retrieve the new arsenal that Between Dimensions had to offer though, it felt like a disservice to the game to keep using the trusted Master Sword and Hylian Shield combo. Not because I had lost faith in their abilities to get me through the new dungeons, but rather that the Trick Weapons offered up an opportunity to tackle dungeons in completely new ways.

In addition to the ten new Trick Weapons, there are also new base weapon sets for the sword & shield, big sword, bow, gloves, and spear, as well as a new set of armor to work towards. This means that even players who have done everything they can with the base game, will find a wealth of new equipment to grind towards, and of course, new ways to upgrade your shop to show off all of the new wares you’ll pick up in the Wanderer Dungeon. The new armor and weapons start off much more powerful than the base game’s gear as well, and are integral to clearing the final floors of the Wanderer Dungeon. I started to have substantial difficulty by the second floor using my fully upgraded and enchanted equipment.

The Wanderer Dungeon itself is no easy feat to accomplish, and most players will likely need to tackle it in several attempts using their Merchant Emblem for many-a-quick exit. Unlike the usual three-floor dungeons, the latest addition is a whopping nine floors and concludes with a battle against the Enraged Wanderer; easily the hardest boss fight of the game. I’m not ashamed to admit that after taking several nights to make my way to the final floor on my first attempt, I was unceremoniously flattened. Luckily, a new merchant will allow you to buy your way back to the start of a floor, assuming you have the hundreds of thousands of coins required.

Before you even make it to the Enraged Wanderer, you’ll have countless enemies to fight through, which are a combination of enemies you’ve seen in the previous five Ruins, and a large number of new baddies with some new attacks you’ll have to learn how to mitigate. Thankfully, this also means a whole new plethora of items to craft and upgrade your equipment as well as to market at Moonlighter and determine their highest possible value.

Between Dimensions is a wonderful addition to Moonlighter, because it simultaneously improves upon the base game while presenting a wealth of new content to be explored once you’ve finished. While it doesn’t add any substantial changes to the systems, the increased difficulty and wealth of new weapons, enemies, and upgrades will keep players hooked in the loop for some time.

As someone who could typically take-or-leave most rogue-like dungeon-crawlers, Moonlighter: Between Dimensions struck a chord with me. The weight of choosing if one more floor is worth the risk of perishing or bringing home riches every night, and the joy of managing to sell the rarest and most valuable items for a tidy profit, all while making infrastructural improvements to Rynoka and your shop, is just simply a delightful gameplay loop. Whether you’re a long-time fan of the genre or a skeptic like myself, Moonlighter has a little something for everyone to enjoy.

Moonlighter: Between Dimensions is a wonderful expansion to an already addictive game, adding a wealth of content and new ways to augment your adventures.

The review copy of this game was a digital code provided by Digital Sun and 11 bit studios.